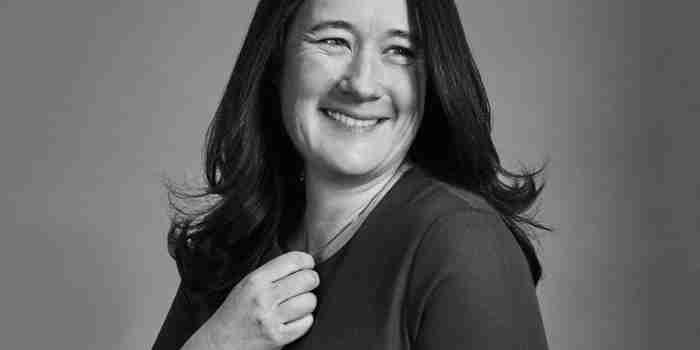 And a pretty small minority of CEOs come from a marketing background.” Related: From Online to Offline: How Brands Use Big Data to Figure Out Where Their Customers Will Shop Onvural is not Bonobos’ first woman CEO. As CEO of the Walmart-owned company, Onvural will continue to report to Dunn. Why do you think Andy selected you as CEO? A year after I started, we moved from this idea of marketing to men about what they wanted to look like to this idea of, what do men want to be like? Related:'He Is a Champion of Women' Says This Female CEO of a Digital Retailer About Her Mentor and Co-Founder When you’re talking about how this has happened for women first, Bonobos’ addition of bigger sizes reminds me of the body positivity movement among women. This confidence that men feel when they’re in great-fitting clothing is exactly akin to the body positivity for women movement. What we’re trying to talk about, in a much more subtle way than the women’s movement, is to make everybody feel great about the way that they look, and to also make everybody feel great about whatever path they have chosen and however they choose to live their life. The power of a brand to create a conversation that creates a more inclusive world for men is actually the way that we will continue to break apart gender stereotypes for women, and it’s how we will ultimately end up with gender equality. They need men to be part of the conversation. When I first interviewed with Andy, one of the conversations that we had was about this idea of creating a brand with purpose.

The Top 21 Best Practices for Running a Successful Ecommerce Website
Walmart’s 2016 holiday videos on YouTube have earned over 75M views – far more than any other brand
Marketing Tips From Microsoft, Netflix, Walmart and Adobe That You Can Use

Micky Onvural says that her being a woman is exactly why she’s fit to help the menswear brand fulfill its mission of breaking traditional gender stereotypes.

When Micky Onvural joined Bonobos as CMO just shy of two years ago, she never expected to advance to CEO of the menswear brand.

A lot has happened since then: Walmart acquired Bonobos in July 2017 for $310 million, and the company’s co-founder and former CEO Andy Dunn became Walmart’s senior vice president of digital brands, which include Modcloth and Allswell in addition to Bonobos. (Co-founder Brian Spaly parted ways with the brand to found Trunk Club in 2009.)

At that time, Onvural also added co-president to her title, while Dunn juggled his Walmart duties with leading Bonobos. Then last week, Bonobos announced that Dunn had stepped down and Onvural had assumed his chief executive role.

Related: From Online to Offline: How Brands Use Big Data to Figure Out Where Their Customers Will Shop

“What she and I learned in just a few months is that at this stage, we still need the founder at the helm,” Dunn said at the time.

As CEO of the Walmart-owned company, Onvural will continue to report to Dunn. “He acts still as that person who’s creating oversight and connecting the dots back to Walmart,” Onvural said, “while I am running this brand and this business, this team and continuing to build this culture.” Today, Bonobos has about 55 U.S. stores and 500 employees.

Before Onvural joined in 2016, customers knew Bonobos best for the wide range of fit combinations its clothing comes in and its brick-and-mortar Guideshop showrooms. Onvural, whose resume includes marketing exec stints at Trulia and eBay, saw an opportunity for Bonobos to expand its consumer marketing strategy beyond catalog mailings and email lists.

She was the brains behind the company’s ad campaigns in the past year, the first featuring “role models, not male models” — from songwriters to a transgender athlete and a philanthropist.

“For the vast majority of men, they’re not that excited about ‘fashion,’” Onvural said. “What they’re looking in the mirror for is, who do I want to be like as a man, and who do I want to emulate?”

That campaign was the prelude to #EvolveTheDefinition, a second series of videos which spotlight men whose personalities and interests don’t necessarily conform with rigid, stereotypical ideas about masculinity. Some viewed it as an affront to traditionally masculine traits and values, and Onvural said the controversy it sparked was “exactly the point.”

Onvural spoke with Entrepreneur about her methodical approach to digital marketing and brand-building, how she’s helped Bonobos realize its purpose for men and the role she hopes the brand will play in creating a more inclusive world.

This conversation has been edited for length and clarity.

Why do you think Andy selected you as CEO?
As we were looking at…

Marketers Weigh In: Which Live Video Platform Should You Use, and When? 0

Has Your Business Plateaued? Here’s How Companies Like Square and Salesforce.com Have Broken Through. 0

How to Legally Use Images in Your Social Media Marketing 0