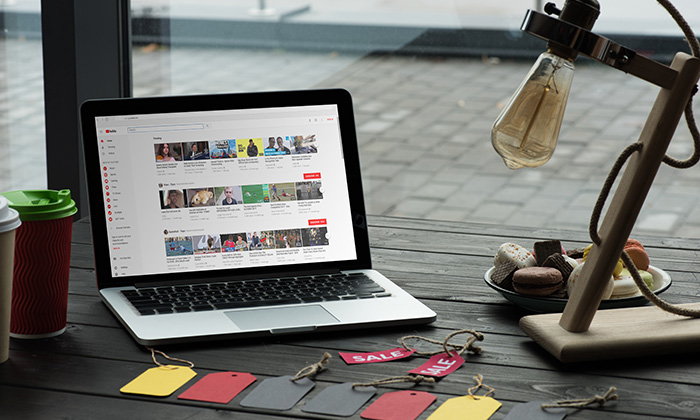 3 Simple DIY Tools to Create Your Own Affordable Social Videos

And using a service like Facebook Live can even boost your engagement and lead generation. That makes it all the more ironic that you’ll be using a smartphone to create that content! You’ll need to invest in a good microphone because most smartphones still don’t have great audio-recording capabilities. If you’re an Apple user, you can use iMovie to create videos and immediately upload them to a sharing platform like YouTube or Vimeo. There are a few options for Android users. Record a screencast Another way to show off your expertise and engage with social videos is to do a screencast or screen recording. Animated template videos are easy to create and even easier to share. Of course, if you’re looking to keep your budget close to zero, there are always free options like Biteable: By investing time or money in a tool like this, you can create professional animated videos in just a few minutes. Simply write a script that engages, educates, and calls viewers to action. How do you create actionable video content for your business?

It’s staggering to think that every day, people around the world collectively watch one billion hours of YouTube.

But that number is a small indicator of just how much video is consumed in one day.

Cashing in on this billion-hour trend should be a no-brainer, but I get that you might have some hesitation.

Perhaps you’re camera shy. Or, you think that the equipment you’ll need costs thousands of dollars, which isn’t really affordable.

Chances are you already have most of the tools at your fingertips. You just haven’t been taught how to use them.

I’m going to show you how to create affordable DIY social videos in this post with some of the tools that you have in your home, office, or even in your pocket.

But first, I want to dig a little deeper into why creating viral content with video is so important.

Why social videos are important

Using video marketing is a proven way to bring new traffic to your website and help you find untapped lead sources.

Videos can boost your revenue and drive sales with even the simplest format.

How do I know?

Video marketing is one of the top revenue sources for my business.

And an overwhelming majority spend more than one hour on YouTube.

So your audience is looking for video.

But there’s more to it than the amount of time spent watching video:

I believe video marketing is one of the cornerstones of thought leadership.

Building your brand’s reputation as a trusted source of high-quality information requires you to put yourself out there. Hoarding information is no good.

How do I use video to foster thought leadership?

I love to create videos on my YouTube channel that walk users through certain issues.

I’ve created and shared more than 200 videos and generated more than 2.5 million views since starting my channel.

And most of those videos are less than five minutes in length!

But I don’t just stop at creation. I also curate content by creating playlists on my channel.

This helps viewers who want access to all of my videos on a certain topic as quickly as possible.

And it doesn’t require you to have a background in broadcasting either. It’s just being who you are and sharing your expertise in a different medium.

You can also establish yourself as a video expert and thought leader by tapping into a service like Facebook Live.

It’s one of the only areas on Facebook that still has organic reach. And using a service like Facebook Live can even boost your engagement and lead generation.

They’ll tune into your video, get helpful tips, and then think “Well, I’m already watching…” and so they stay.

So what are some of the steps you can take to start creating video?

Let’s start with one of my favorites: Live video.

There’s one thing that’s true of all good social video.

It’s got to be in the right place.

You can pick from dozens of platforms.

But where is your audience? Where do they go to watch a video like yours?

And that means your best bet is to start on one of these sites with any video content.

So what’s the solution?

Video School Online recommends the following format for tutorials, but you can use it for other types of video with a little creativity:

So let’s say you’re getting started on Facebook with a Live video. What should it look like?

Start by creating an outline that has everything above. Then include a few more secrets to maximize effectiveness.

It should offer education or a benefit for watchers.

As you’re educating, transition to a bonus offer.

Ask your audience if they would like to learn more, or give them a chance to work one-on-one with you by going to a certain landing page.

Once your video is done, you should boost it and promote it to get more visitors to your website.

You know what it looks like, but how do you create it on a budget?

Let me show you, starting with what’s probably already in your pocket!

According to Pew Research, more than three-fourths of adults in the United States own a smartphone. I’m willing to bet you’re one of them.

Smartphones are everywhere these days. They’re even linking up to our houses and cars to help us stay organized and on top of things.

They’re also one of the primary ways we consume social media content. According to Statista, there were over 159 million people browsing Facebook on the mobile app:

So creating video that can be viewed on mobile smartphones is a wise choice. That makes it all the more ironic that you’ll be using a smartphone to create that content!

Not all smartphones are created equal though. Some hold to their iOS (or Apple) devices with unwavering brand…

Episode 63: Anatomy of a Personalized Video 0

The Best Checklists, Tips, and Templates for Content Marketing in 2019 0