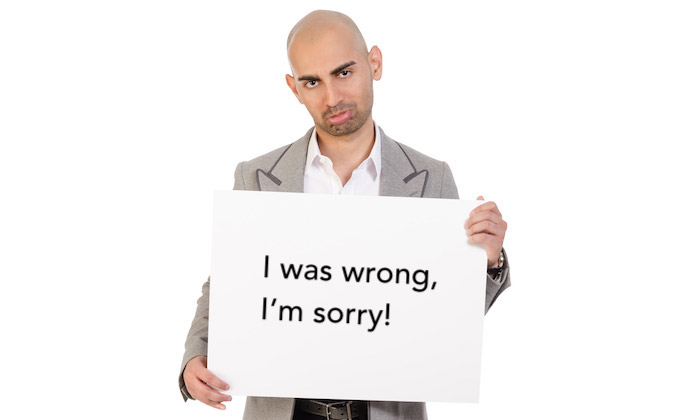 Everything I Taught You About SEO Was Wrong

(Yes, there is more to SEO than these two tactics, but they work really well.) This doesn’t mean you can’t rank product pages (ecommerce) or lead generation pages high up in Google, it’s just harder. The average web page that ranks on page 1 of Google contains 1,890 words. I know they say SEO traffic has more trust, so it converts better… but you have to keep in mind that an SEO landing page can’t be optimized for conversions as aggressively as a paid landing page. Sure, the text on your SEO landing page or blog post could be persuasive and salesy, but if it was purely salesy you wouldn’t rank high on Google organically. Then I would teach you how to go one step further by finding out the exact pages that are driving you new search visitors that are converting into sales. If you can’t provide an ROI in the long run, it doesn’t matter how high you rank a site. You’ll have to be a bit more aggressive with your marketing, especially when it comes to conversion optimization. I just know that when people read your blog posts the chances are, they won’t convert into customers (at least not right away). I focus on conversions and revenue.

5 Content Marketing Ideas for May 2019
3 Ways You Can Connect With Gen Z Through Their Teachers
Be a Better Teacher and Writer: 6 Teaching Techniques You Should Know

Before I get into why everything I taught you about SEO was wrong, let me first give you some context on how I (and many marketers) became SEOs.

When I started off with my entrepreneurial journey, I didn’t have much money.

I was working at a theme park where I cleaned restrooms and picked up garbage.

Although most companies grow through paid ads, that just wasn’t possible for me because I was making $5.75 an hour.

I had no choice but to learn SEO and get good at it if I ever wanted my site to generate traffic and hopefully make money.

And just like most SEOs, I always thought that the keywords that people spend the most money on tend to convert well.

Just think about it: If a company is spending $50 a click for certain keywords they have to be making money.

So, wouldn’t those be the keywords that you would want to go after?

Back in the day I would use keyword tools like Ubersuggest, find all of the high traffic keywords within my space that had a high cost per click, and write tons of blog posts on them.

And then I would go to Ahrefs to look at all of my competitors, see what their most popular pages where, look at their traffic value number, and, of course, write longer versions of their post that were better so I could take over their rankings and traffic.

By using these 2 tactics your traffic would grow over time.

Extremely fast too if you could crank out the content fast enough… just look at my search traffic per month over the years.

(Yes, there is more to SEO than these two tactics, but they work really well.)

Can you guess how much more revenue I’ve generated as my search traffic grew?

Well, according to SEMrush, the search traffic that I generate in the United States alone is worth $1.2 million.

If I had to buy all of that traffic, it would cost me $1.2 million a month in pay per click fees.

Luckily for me, I didn’t have to spend $1.2 million to generate that traffic but there are costs involved as SEO takes time and resources.

He’s in the B2C world and is selling fitness supplements. His traffic is only up 3% from last year.

Neil, you must have known better!

Why yes, I did know that growing my search traffic by double, triple or even 10x wouldn’t grow my revenue at the same pace.

I’ve been doing SEO for over 16 years now… it took me a while to learn this, but not that long. 😉

See, with my business, my ideal customer is a large corporation who already has been doing marketing for many years.

That doesn’t mean I can’t help and won’t help small businesses… I just prefer the larger ones because they have much bigger budgets.

For me to continually grow my traffic at a rapid pace I have to go after newbie terms, such as how to get indexed in Google. But traffic from those kinds of posts won’t convert visitors into customers.

These newbie terms make up over 81% of my search traffic, but I go after them because I believe in branding and the long play (the rule of 7, which I’ll go into later in this post).

And I have multiple business units/revenue streams, so I am willing to spend capital to generate brand awareness that may pay off 5 or 10 years from now.

But, I never taught you how to think about SEO from a strategy standpoint because it’s much more complex than just ranking for highly sought after key terms.

To rank really well on Google, you have to write long-form, informational articles. It’s why Wikipedia ranks for everything.

This doesn’t mean you can’t rank product pages (ecommerce) or lead generation pages high up in Google, it’s just harder. Much, much harder.

According to Ubersuggest, the keyword gets 201,000 searches a month in the United States and companies pay $63.15 per click when it comes to PPC ads.

Here’s a screenshot of the Google search results page that I see, searching from Las Vegas, Nevada.

And here’s what the first paid ad from AAA looks like:

And here’s what the top organic listing from Nationwide looks like:

Do you see why the AAA version…

These 6 Online Habits Are Common, But They’re Killing Your Brand’s Credibility 0

Next-Gen Lead Gen: How to Refine Your Marketing to Get More B2B Leads 0

Comprehensive Guide to Creating the Perfect B2B Website in 2017 0