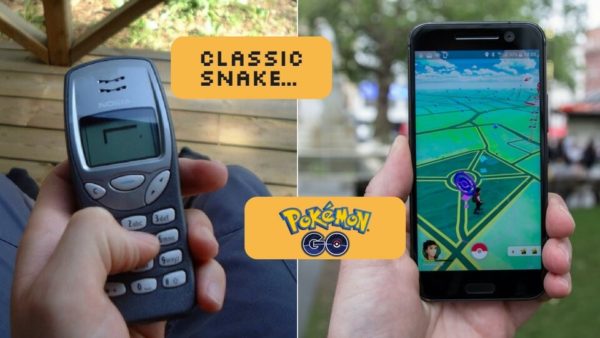 From Snakes to Pokémon Go – How AR has Developed Gaming Apps

Niantic’s revolutionary Pokémon Go took the world by storm when it was launched in July 2016. The Pokémon Go game takes place in a world populated by exotic and powerful characters – they can look like rats, dragons, snakes, dinosaurs and birds. The app developers of the game showed what Augmented Reality is capable of. Who knew Augmented Reality could become so exciting? Augmented Reality simply means that the game or mobile app augments reality into its functioning, which means that you can rely on the real life to play an augmented reality game or use an AR mobile app.

With its initial launch in US, Australia, and New Zealand, it has brought a storm among the Augmented Reality gaming app developers. There are several mobile apps available in the market, although they are not quite as nostalgic as Pokémon Go. Pokémon Go mobile app is created with Unity 3D game development engine. Unity enables game app developers to create massive multi-player online games. Game development process depends heavily on the game concept – the complexity, platform choice, graphics, which can make a mobile app cost you $50,000 at the very least.

Of course, there were mobile games before Snake, but the true origin of mobile gaming can be traced back to a Nokia handset released in 1997. The old-school classic Snake pre-loaded on the Nokia 6110 was a masterstroke because it sparked the beginning of a new era. Today we have some high-resolution graphics on our mobile devices, but Snake was nothing more but few black pixels moving on few green pixels. In early 2003 Nokia decided to change the phone game with the announcement of the N-Gage – a mobile phone, which was also a handheld game system. Since then, there have been several other steps taken in the direction of development of mobile gaming.

How AR changed the gaming landscape?

The Gaming Industry gets bigger and bigger every year and it shows no signs of slowing down. Continual innovations in software mean that games keep getting more entertaining and more immersive. In recent years, it has branched out into various new types of entertainment, which primarily includes Augmented Realities.

Pokémon Go is a very good example of this. Pokémon Go uses augmented reality, an innovative technology that adds virtual elements to the physical environment around you via a smartphone device. The concept of catching creatures, collecting, battling and trading them – has made it the most successful game series of all times. What’s best about Augmented Reality is that this technology allows games to be played anywhere, with any backdrop and the experience will always be different. AR games can allow you to fight aliens, capture fantastical creatures, and defend kingdoms in the real world. All this is possible without super expensive headsets – just an AR-enabled smartphone is sufficient.

What is Pokémon Go all about?

Pokémon Go taps on Augmented Reality and geocaching to give a new twist to mobile gaming. Pokémon Go as…

How to Avoid the 5 Stages of Social Media Burnout 0

Are Your Social Campaigns Infused With A Brand Persona? 0

Ok, Google: How Do I Optimize My Content for Featured Snippets? 0