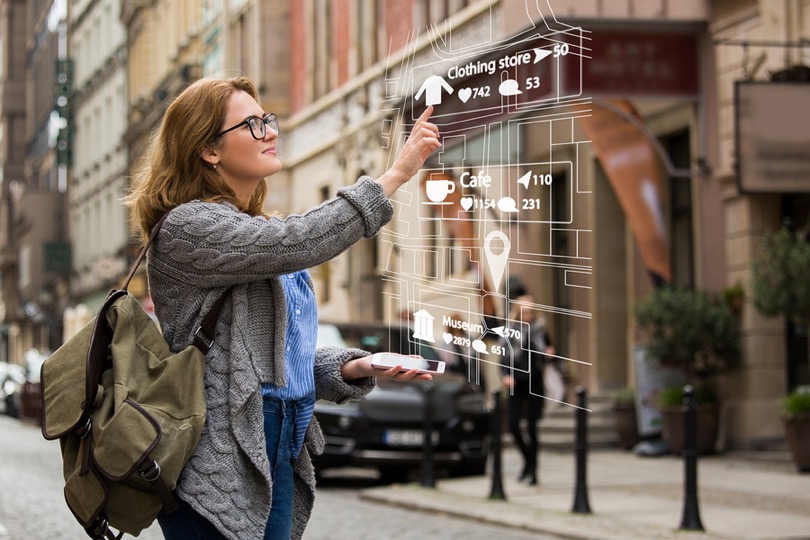 How Local SEO Will Define Success In Augmented Reality

Augmented reality (AR) and SEO don’t often appear together. And how businesses can make their mark by getting ahead with local SEO. And this is just one of the many subtle powers augmented reality holds for businesses – large and small. Success in the augmented world will come down to good local SEO practices. Imagine being the first to keyword optimize your website for Google searches just before everyone started using Google to search for the things they want and need? This means reviews, ratings, mentions, links, and so on. How will SEO work in augmented reality? Build a strong citation profile The localized SEO of AR will require a high level of trust between you and your customers. Such sites play a large role in Google results, and therefore in organic search. To stand out in this environment, businesses will need to approach creative and SEO in unison, looking to innovative multi-disciplinary digital marketing agencies to develop AR marketing content and campaigns that will get them seen in this space.

Augmented reality (AR) and SEO don’t often appear together. Yet they are more closely linked than you may think.

Augmented reality apps from Yelp and Wikitude are already providing geo-location AR experiences, offering consumers a new, augmented window on the world around them.

This augmented world is an emerging marketplace. And local SEO is the way to be successful in it.

In this article, we’ll explain what this emerging business landscape will look like. And how businesses can make their mark by getting ahead with local SEO.

What is augmented reality and how does it work?

Augmented reality (or AR) refers to technology that overlays digital information onto the user’s perspective of the world around them.

In most cases, the superimposed imagery can be directly interacted with via the device being used, creating a new realm of experience between the consumer and the world around them.

AR tech works by using specialized sensors to detect and learn about the surrounding space, before superimposing digital information upon it.

How businesses can use augmented reality

The Pokémon Go phenomena went a long way in suggesting what the future of augmented reality could be.

Especially in regard to the ways businesses can get involved in AR to use the tech to their advantage.

With Pokémon Go, local businesses brought in a ton of new customers who went along to catch one of the Pokémon and then stayed for a flat white or a strawberry daiquiri.

And this is just one of the many subtle powers augmented reality holds for businesses – large and small.

Like the online world, where business success relies heavily on SEO. Success in the augmented world will come down to good local SEO practices.

Local SEO will allow businesses to show up with engaging descriptions and 5-star reviews that make them stand out from their neighbors.

Imagine being the first to keyword optimize your website for Google searches just before everyone started using Google to search for the things they want and need?

That’s essentially the opportunity that early adopters of good AR SEO practices will have as the augmented space becomes a widely used lifestyle and business tool.

Looking ahead, Retail Perceptions predict AR revenues will grow to a whopping 120 billion dollars by 2020.

Considering that most smartphones are AR-ready devices just waiting to be used by eager consumers, you can easily see why.

With AR-ready devices already in the hands of users across the globe, AR is now a realistic investment and incoming reality for brands and businesses of all kinds.

How to Get More Clients Without Being Pushy 0

How to Turn a Bad Day Around [Infographic] 0