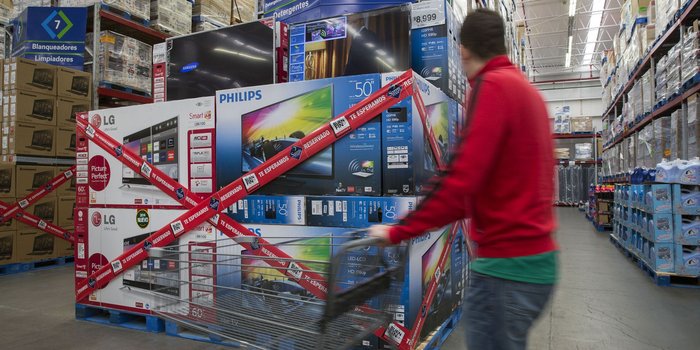 Mark Your Calendars: The Key to Latin American Ecommerce Is Knowing the Right Dates

There’s another important, yet often-overlooked, detail to consider when you're looking to sell goods in Latin America: It’s the fact that many holidays, and other seasonal dates that are important for online retailers are celebrated on different days than they are in other parts of the world. So, here are five important seasonal dates celebrated on different days in Latin America than they are in the United States: 1. In the United States, Father’s Day is celebrated each year on the third Sunday in June. One holiday that’s very important in Latin America, which isn’t officially celebrated in the United States, is Children’s Day. While not necessarily a holiday, back-to-school season is a very important date for online merchants to get right. Obviously, certain dates for the observances mentioned above are more important for foreign merchants looking to sell their goods online in Latin America -- particularly Black Friday, Cyber Monday and Father’s Day. In Mexico, Latin America’s second largest market, online and in-store sales for last year’s edition of El Buen Fin (Mexico’s own “Black Friday”) totaled 110 billion Mexican pesos, which converts to roughly $5.9 billion USD. Last year’s version of Cyber Monday in Argentina saw a 40 percent increase in online sales over the previous year's date, for a grand total of 4.34 billion Argentine pesos, or $160 million USD. As you can tell, Latin American countries aren’t just different from the United States; they’re also different from one other. Ultimately, when it comes time to prepare for these seasonal dates, remember that the sooner you get started, the better.

Ecommerce in Latin America is taking off. According to a recent report, online sales in the region are expected to double to $118 billion by 2021, with Colombia and Argentina rising as two of the three fastest-growing ecommerce markets in the world. Additionally, Latin America’s biggest market, Brazil, already sits among the world’s top 10 largest ecommerce markets.

For foreign merchants looking to get a piece of the action, there are important considerations here — but not all of them are as obvious as you’d think.

Of course, entering Latin America means you’ll need to adjust your product, marketing and customer service to account for the local language. But adjusting the language and messaging of your business is really just the tip of the iceberg.

There’s another important, yet often-overlooked, detail to consider when you’re looking to sell goods in Latin America: It’s the fact that many holidays, and other seasonal dates that are important for online retailers are celebrated on different days than they are in other parts of the world.

Five major seasonal dates that are celebrated on different days

Foreign merchants wanting to cut their slice of the Latin American ecommerce pie would be wise to take these seasonal differences into consideration. For one, knowing the correct dates is important in order to offer promotions at the right time. The bonus is that certain seasonal dates — if you get them right — can be the perfect opportunity to debut your business in these new markets.

So, here are five important seasonal dates celebrated on different days in Latin America than they are in the United States:

1. Black Friday/Cyber Monday. Black Friday and Cyber Monday are the two most critical dates for retailers to get right. While the dates are closely tied to and follow the U.S. celebration of Thanksgiving on the fourth Thursday of November, there are countries in
Latin America that do things differently.

In Mexico, for instance, the most important sales event is called El Buen Fin, which happens on the third weekend of November. This year, the event will take place Nov. 16-19.

3. Valentine’s Day. In the United States, Valentine’s Day is celebrated each year on Feb 14. In Brazil, it’s on June 12 — and it celebrates a different saint: Saint Anthony.

Argentina also has a different custom; while the holiday is on the same day as that in the United States, Argentina also celebrates a separate “Sweetness Week” during July, when sweets are exchanged for kisses. Finally, Colombia celebrates a similar holiday called Día del Amor y la Amistad on the third Saturday of September — this year, Sept. 15.

Social media marketing: Three trends to watch out for in 2017 0

The Fundamentals to Building a Successful eCommerce Business From Scratch 0

Get to know a #CMWorld 2016 attendee: Meet Kathie Kinde Clark 0

How to Improve Your Search Rank With Social Media 0