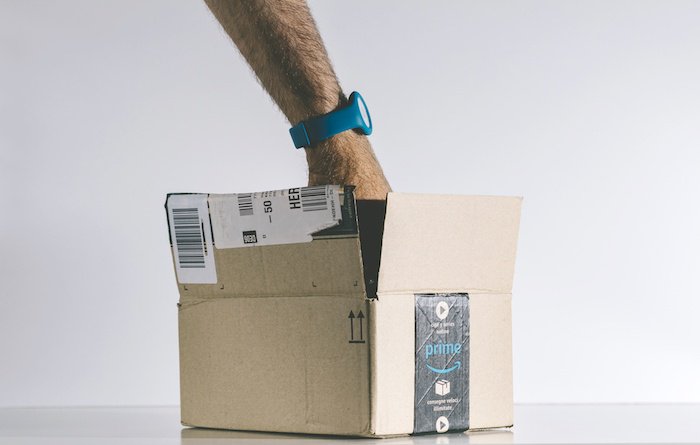 The Many Sides of — and Reactions to — Storefronts

It was quite a day for Recode -- a digital tech news site owned by Vox -- to kick off its annual Code Commerce event. And Amazon -- perhaps the biggest name in (online) retail, which is at the core of Code Commerce -- had its own news. Storefronts, Amazon says, will make efforts to highlight small businesses -- by highlighting a "Storefront of the Week": a small U.S. business that Amazon features through a video that talks about its products or services, and the people behind them. "People go to stores for people, not products," he continued -- and replicating that with AI might not only be a tall order, but ultimately detrimental to retailers. "It makes sense that Amazon would want to spotlight small businesses on the platform. Amazon’s new small business product, Storefront, ‘feels like a trap’, says Shopify’s CEO https://t.co/WBsQGJoycr pic.twitter.com/kIzeKo9eqn — Recode (@Recode) September 17, 2018 "Amazon’s worldview is that merchants don’t matter," Lütke summarized. "But our brand and community, that’s what they can’t build overnight." Customer Experience Control Whatever your opinion of Storefronts, Amazon is an unarguably unparallelled distribution channel for SMBs. "You will never have control of the full buying experience selling your products on Amazon, but you will get reach," Keaney Anderson pointed out. However, she also pointed out that that sometimes reach can be achieved without an intermediary.

U.S. Retailers Aren’t Embracing Singles’ Day — a Billion-Dollar Sales Opportunity. This Retailer Is Trying to Change That.
Demonetisation: A marketing opportunity for digital payment companies
Public Relations (PR) Tools Market Analysis By Industry (BFSI, Retail, Government, Healthcare, IT and Telecom, And Media and Entertainment), By Solution, By Application, By Deployment (Hosted And On-premise), By Region, And Segment Forecasts, 2014 – 2024

It was quite a day for Recode — a digital tech news site owned by Vox — to kick off its annual Code Commerce event.

The morning’s headlines were crowded. Marc and Lynne Benioff (the former of whom is CEO of Salesforce) announced plans to purchase Time Magazine. The Adbusters Media Foundation unveiled its plans for #OccupySiliconValley, a day of efforts to take down Big Tech. And Amazon — perhaps the biggest name in (online) retail, which is at the core of Code Commerce — had its own news.

First, the ecommerce giant said it would be looking into allegations that some of its employees were involved in trade deals with independent merchants selling on the site. The way it worked, the story goes, is that in exchange for internal sales data and the deletion of negative reviews, these employees would receive a financial reward ranging anywhere between $80 and $2,000.

It may not have been a coincidence, then, that Amazon announced only hours later that it would launch Storefronts: “a new store for customers to shop exclusively from U.S. small and medium-sized businesses selling on Amazon.”

Storefronts, Amazon says, will make efforts to highlight small businesses — by highlighting a “Storefront of the Week”: a small U.S. business that Amazon features through a video that talks about its products or services, and the people behind them.

Remember that for later — because people, it turns out, are key to this story.

Putting a Face to a Purchase

Code Commerce kicked things off with a talk from NYU Stern Marketing Professor Scott Galloway, who — if the name doesn’t ring a bell — is the same guy who predicted that Amazon would acquire Whole Foods in May 2017, a good three months before it was announced. (For the record, he predicted today that Amazon’s HQ2 location will be somewhere in the D.C. metropolitan area.)

He was blunt. “”It’s impossible to compete with Amazon,” he said.

This observation isn’t unfounded. After all, just have a look at its market capitalization figures:

That’s a visual representation of how much, in terms of the value of other retailers, Amazon’s market capitalization has grown over the past year. Simply put — its absorbed the value of Target, Best Buy, Nordstrom, Macy’s, and a handful of others.

The perception that it’s “impossible to compete with Amazon” is quite possibly part of the drive behind Storefronts — as The Verge puts it, the company is “trying to convince you that it isn’t putting small businesses out of work.”

But maybe there’s some truth to it — that Amazon isn’t really trying to put an end to small businesses. As glib as Galloway’s remarks may be — he didn’t paint a picture of Amazon…

The Four Pillars of Performance for Digital Marketing Campaigns 0