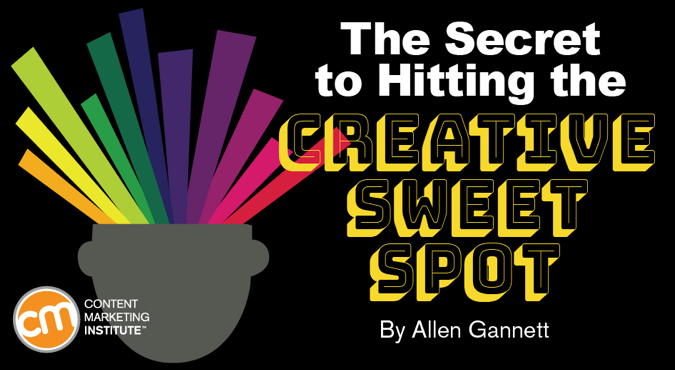 The Secret to Hitting the Creative Sweet Spot

What if you saw it 10 times? 25 times? Embrace the creative curve The pursuit of both familiarity and novelty results in a bell-shaped curve relationship between preference and familiarity. Too much novelty and not enough familiarity means that the idea will attract fringe interest but most people will stay away. Case study: Clothing brand Ed Hardy Let’s look at how the creative curve operates in real life. Don Ed Hardy was a tattoo artist originally best known for his Japanese-inspired designs at Tattoo City, the San Francisco studio he opened in 1977. Putting the creative curve to work Content marketing is all about providing value to your audience. That’s where creativity comes in. You need to balance this novelty with familiarity. Content marketers who learn how to strike the perfect balance between the familiar and the novel will set themselves up for dependable and repeatable creative success.

Video is The New King of Influencer Marketing
The Brilliance of Burger King’s Social Media Campaign (And What We Can Learn From It)
This Week in Content Marketing: The Business Case for Content Marketing as PR

This article is adapted from an excerpt in the new book The Creative Curve by Allen Gannett, from Penguin Random House.

Most of what you know about creativity is a lie.

Our culture has embraced the idea that creative genius is inborn and innate.

And, if you’re not one of the privileged few with creative skill in your genes, there’s not much you can do to change that. You’re either a brilliantly creative content marketer or you’re not. That’s how the creativity story goes.

And it’s totally, completely, utterly wrong. You can teach yourself to become more creative.

To understand the scientific processes behind creative insight, I chatted with leading neuroscientists and pioneering academics.

Here’s what I learned.

To improve your creativity, you need to understand the two titanic forces behind every instance of creative success: familiarity and novelty.

Attracted to the familiar

In 1968, Robert Zajonc conducted a study that would revolutionize the field of psychology. He recruited students at the University of Michigan for a “language learning experiment.”

He showed them “Chinese characters,” claiming they signified various adjectives. Students saw the characters at varying frequencies before rating their positivity (i.e., a good trait or bad trait) and how much they “liked” the character.

The “Chinese characters” had no meaning. The study tested whether frequency affected their feelings. And it did. The more often participants saw a character, the more positively they perceived it. They liked the character just because they saw it more.

Put another way, familiarity is attractive. We feel safe.

But, there’s a problem with this conclusion.

Have you ever noticed that when a new iPhone model comes out, the old one seems less attractive? If people are more comfortable with things that are familiar, shouldn’t everyone be carrying iPhones from 2008?

The attractive power of familiarity is limited by something. And the same researcher discovered what that is.

Imagine you’re walking through an art museum and you see this abstract painting.

Now imagine you walk by it five more times. Would seeing it repeatedly change your opinion of the work? What if you saw it 10 times? 25 times?

Robert Zajonc’s team of researchers conducted a similar experiment. Paintings seen by students 25 times were about 15 percent less liked than ones seen for a single time. In short, the students preferred novel paintings more than familiar ones.

Now we know we are motivated by novelty and fear of the unfamiliar. How do we balance our interest with our apprehension?

Intersection of familiarity and novelty

They played clips from a half-dozen songs for 108 students. Students reported liking a clip more the second through eighth time they were exposed to it. But they liked it progressively less between the ninth and 32nd plays.

Content marketing proficiency remains at unsatisfactory level in most businesses 0