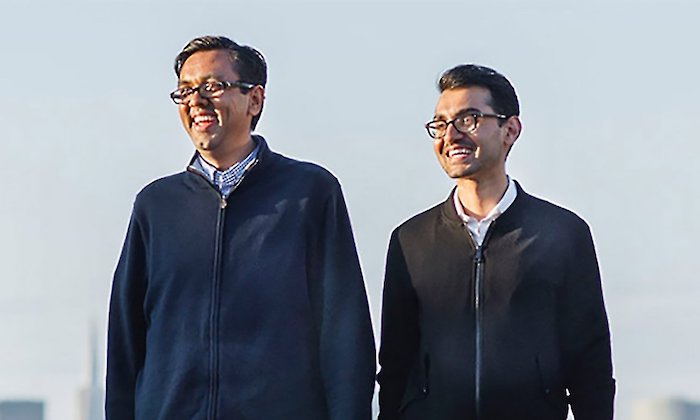 Why I Spent $500,000 Buying a Blog That Generates No Revenue

When I am looking at sites to buy, I am only looking for 1 thing… traffic. As for KISSmetrics, I mainly bought the domain for the blog traffic. And for me, that’s leads. The more leads I generate for my ad agency, the more likely I’ll increase my revenue. We still generated more marketing qualified leads than when we didn’t have the KISSmetrics traffic. The way I monetize the traffic is by collecting leads (and my sales reps turn those leads into customers). If you are reading a blog post like this, you’ll see a bar at the top that looks something like: Or if you are about to exit, you will see an exit popup that looks like: You’ll even see a thank you page that promotes my ad agency once you opt-in: And if I don’t convince you to reach out to us for marketing help right then and there, you’ll also receive an email or two from me about my ad agency. The last thing you want to do is pay a sales rep tons of money to talk to 50 people to only find 1 qualified lead. So, buying sites based on their traffic is much cheaper than buying sites for their revenue. I knew that going into this KISSmetrics deal that I will generate at least an extra $500,000 in profit from this one acquisition.

(If you are wondering, the image of me above was taken when I used to work at KISSmetrics with Hiten Shah… I used to have hair)

If you go to the site, you’ll notice that it forwards here to NeilPatel.com (which I will get into later in the post).

The $500,000 didn’t get me the company, KISSmetrics, or any of the revenue streams. The parent company, Space Pencil, is continually improving and developing the product.

And on top of that, there are restrictions. I can’t just pop up a competing company or any company on the KISSmetrics site.

I can’t fully answer why they sold it, but I do know a lot of their customers came from word of mouth, conferences, paid ads, and other forms of marketing that didn’t include SEO or content marketing.

For that reason, the domain probably wasn’t as valuable to them as it was to me. And of course, who wouldn’t want extra cash?

I’m assuming they are very calculated because they are an analytics company, so they probably ran the numbers on how much revenue the inbound traffic was generating them and came to the conclusion that the $500,000 price tag seemed worth it.

Now, before I get into why I spent $500,000 on the domain, let me first break down my thought process as I am buying out a lot of properties in the marketing space (more to be announced in the future).

Why am I buying sites that aren’t generating revenue?

This wasn’t the first or the last site that I’ll buy in the space.

I recently blogged about how I bought Ubersuggest. And it wasn’t generating a single dollar in revenue.

Well technically, there were ads on the site, but I quickly killed those off.

And eventually, I ported it over to NeilPatel.com.

When I am looking at sites to buy, I am only looking for 1 thing… traffic. And of course, the quality (and relevancy) of that traffic.

See, I already have a revenue stream, which is my ad agency, Neil Patel Digital.

So, my goal is to find as many sites that have a similar traffic profile to NeilPatel.com and leverage them to drive my agency more leads.

How do you know you won’t lose money?

I look at the business as tons of tiny experiments. You don’t build a huge business through one simple marketing strategy or tactic.

You have to combine a lot of little things to get your desired outcome.

And sometimes you’ll make mistakes along the way that will cost you money, which is fine. You have to keep one thing in mind… without testing, you won’t be big.

With my ad agency, we tend to mainly have U.S. clients. Yes, we serve other regions as well… for example, we have an ad agency in Brazil.

But I myself mainly focus on driving traffic to the U.S. ad agency, and the other teams just replicate as I don’t speak Portuguese, German, or any of the required languages for the other regions we are in.

So, when I buy companies, I look for traffic that is ideally in the U.S.

Sure, the ad agency can work with companies in Australia, Canada, and even the United Kingdom, but it’s tough.

There’s a huge difference in currency between Australia and the U.S. and the same goes for Canada.

And with the U.K. there is a 5 to 8-hour time zone difference, which makes it a bit more difficult to communicate with clients.

That’s why when I buy a site, I’m ideally looking for U.S. traffic.

When I bought Ubersuggest it had very little U.S. traffic. Indonesia and India were the two most popular regions.

But I bought it because I knew I could build a much better tool and over time grow the U.S. traffic by doing a few email blasts, getting on Product Hunt, and by creating some press.

As you can see from the screenshot above, U.S. is the most popular region followed by India and Brazil.

Over time it shouldn’t be too difficult to 3 or even 4x that number as long as I release more features.

Now, my costs on Ubersuggest have gotten into the 6 figures per month, and I am not generating any income from it.

There is no guarantee that it will generate any revenue, but I have a pretty effective sales funnel, which I will share later in the post. Because of that sales funnel my risk with Ubersuggest is pretty low.

As long as I can grow the traffic enough, I should be able to monetize.

As for KISSmetrics, I mainly bought the domain for the blog traffic.

During its peak it was generating 1,260,681 unique visitors per month:

By the time I bought the blog, traffic had dropped to 805,042 unique visitors per month:

And then to make matters worse, I decided that I wanted to cut the traffic even more.

There were so many articles on KISSmetrics that were outdated and irrelevant, so I had no choice but to cut them.

For example, there were articles about Vine (which Twitter purchased and killed), Google Website Optimizer (no longer exists), Mob Wars (a Facebook game that no longer exists)… and the list goes on and on.

In addition to that, I knew that I could never monetize irrelevant traffic. Yes, more traffic is good, but only as long as it is relevant.

I instantly cut the KISSmetrics blog in half by “deleting” over 1,024 blog posts. Now, I didn’t just delete them, I made sure I added 301 redirects to the most relevant pages here on NeilPatel.com.

Once I did that, my traffic dropped again. I was now sitting at 585,783 unique visitors a month.

It sucks, but it had to be done. The last thing I wanted…

How To Optimize Your Anchor Text Strategy For SEO 0