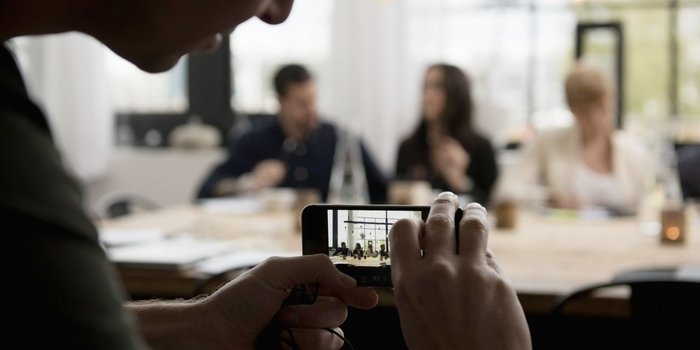 As the name implies, a live broadcast happens in real time -- there’s no delay, editing, or redos, so anything you say or do on camera is transmitted via the internet and is seen by your audience as it happens. How your audience can interact during and after the broadcast. If you want them to place an order for your new product, give them an incentive to do this immediately (such as a discount and/or free shipping on orders placed within one hour of the broadcast). If interaction is being done using this method, consider assigning someone from your company who is off-camera to moderate the chat room, and select which questions or comments the host will address and in what order. Interacting live with your audience makes your viewers feel more involved, plus it gives them the opportunity to interact with your host(s) and get their questions answered or their concerns addressed in real time. Address the person asking each question by name, and thank them for their participation. Make each person feel like a valuable contributor to the broadcast, but be mindful that you have an entire audience watching, so don’t overly personalize your answers. Promote your live broadcasts in advance Even if your YouTube subscribers and viewers want you to host a live broadcast, it’s essential that you tell them about it well in advance. In a nutshell, share the following details when promoting a live broadcast: What the broadcast is all about Who should watch it How each viewer will benefit by watching (i.e., why someone should watch it) When the broadcast will take place (provide the date and time, as well as the time zone, since you may be appealing to a national or worldwide audience) How someone can access the broadcast How someone can submit their question if you’ll be soliciting questions in advance Focus on who the broadcast will appeal to and what it will offer to attendees. Promote the benefits and incentives you’re offering to attendees and explain how someone can watch (and potentially participate) in a live broadcast.

One approach to sharing YouTube content with your audience is to stream live broadcasts. As the name implies, a live broadcast happens in real time — there’s no delay, editing, or redos, so anything you say or do on camera is transmitted via the internet and is seen by your audience as it happens.

Until relatively recently, hosting a live broadcast via the internet was a costly endeavor. Today, you need little more than a computer or mobile device that’s equipped with a camera and a high-speed internet connection.

Consider your live broadcasts to be like giving a live presentation or public speaking in front of a large group. Preparation is essential. Unless you’re skilled at using a teleprompter and reading a speech word for word in a manner that seems natural, develop an outline for what you want to cover during the broadcast, as well as a timeline.

At the beginning of your broadcast, be sure to explain:

Also plan to include a call to action several times during your live broadcast based on what you want your audience to do while either watching it or immediately after the broadcast. If you want them to place an order for your new product, give them an…

Side Hustlers: Find Out How to Build a Powerful Brand That Your Customers Will Love 0

What’s Your Open Rate? How to Write Compelling Intros for Mobile Email Marketing 0

Why Consistent, Quality Content Is The Only Choice for Marketing Your Business 0

The Ultimate Guide to Google Analytics in 2019 0