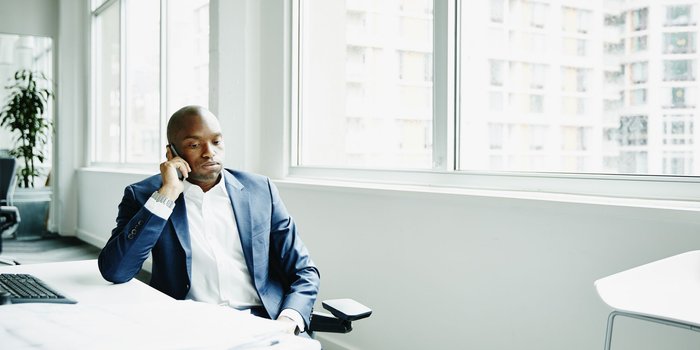 Although you might be the greatest chef of all time, you might not be able to give the person food at that point. What happens when you meet with a prospect for the first time, and she doesn't buy from you? The prospect's team was re-structuring their business. When our team reviewed why we lost that potential customer, we realized one thing. If you plug your prospect's email into a fancy email marketing template, it rarely feels personal. For example, we now start our nurture emails with: "Hi {{Prospect}} -- it's Kwesi here." Most of our nurturing emails tell a story. We tell stories about new ideas the prospect can use. Craft a thoughtful story about a client's challenges and how your team helped them. Prospects come to us after reading the stories in the emails.

Looking back, these are the things we could have done differently to win the deal.

Imagine you’re a chef, and someone walks up to you. “I’m hungry, feed me now,” he demands. Although you might be the greatest chef of all time, you might not be able to give the person food at that point. Making the food takes time, a process, your process.

The same goes for B2B sales and prospecting. Rarely would you close the deal on the first email, call or event.

But, often, the challenge is what you do after the first meeting. What happens when you meet with a prospect for the first time, and she doesn’t buy from you? Do you forget about her? Do you dump her into a marketing automation platform? Do you delete her from your pipeline?

How I lost the deal

A while back, I spoke with one potential customer who had an interest in working with us. We met a few more times after the first meeting to review the proposal. We narrowed down the project scope and showed how our team could execute. There was definite interest. If we signed the deal, it would be worth $21,000.

But, there was only one challenge: The time was not right. The prospect’s team was re-structuring their business. That meant they would only move forward after that was complete. So, I put a note on my calendar to follow up with a call every month.

But, then a few months later when I called him, he said, “Kwesi, we just signed a contract with another vendor. You should have called me earlier.”

His words felt like a heavy knock that knocked me into one of those bottomless waterfalls in Jumanji.

What I learned from the loss

That loss would become significant learning for our team.

When our team reviewed why we lost that potential customer, we realized one thing. The key was in prospect’s response: “I did not remember.” He didn’t remember even when I had “followed up” a few weeks earlier.

We realized we did not have enough compelling top of mind awareness. Yes, we followed up, but we were not sticky enough. We did not dominate the prospect’s mind share. I realized that if we were going to dominate, we had to nurture, not just follow up.

How to Use #Hashtags to Improve Your Social Media Marketing 0

3 Failsafe Ideas to Market Your Startup 0