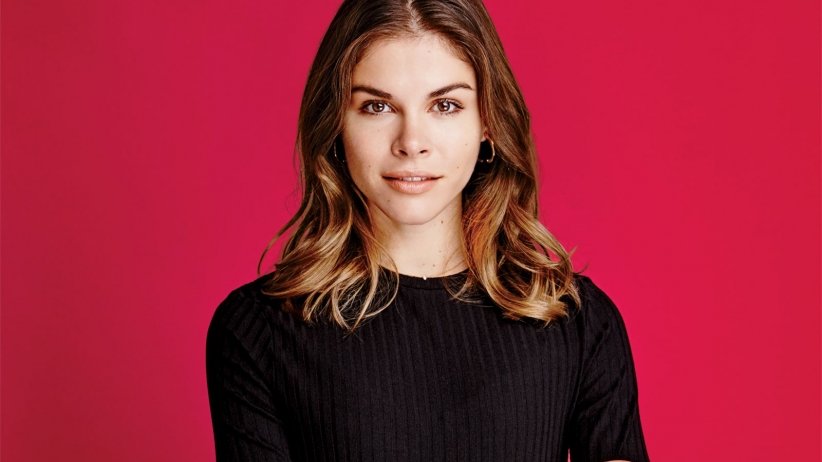 How Glossier Hacked Social Media to Build A Cult-Like Following

It took two years to create. The beauty product industry has thrived on making women feel bad and selling them overpriced products that don’t deliver, but it doesn’t have to be that way. Weiss had a different idea, one as simple as it is revolutionary: Make them feel good. I don’t do anything,’” says Weiss. She told them that for three years, she’d been spending her days in conversations with women who had lots to say about what the big beauty brands weren’t doing for them. “You don’t need most beauty products,” she says. That left a space open for Glossier to make a statement with low pricing. “There were, like, 12 people working here,” says Weiss. It asks, it listens and it churns out a new product every six to eight weeks -- “enough time to get it, use it, shoot it, talk about it and then you have another one,” Weiss says. Earlier this year, for example, it launched a program in which more than 420 of its most active and influential community members sell products to their friends and followers; in turn, they receive a cut of the profits, as well as rewards that include sneak previews of products and trips to New York to visit Glossier and have dinner with Weiss.

The Types of Companies That Benefit Most from Content Marketing
Do Diversity and Inclusion Have to Be Overwhelming?
Everything You Need to Know About the 5 Changes Roiling Digital Advertising

On a Thursday afternoon in late spring, 32-year-old Glossier founder and CEO Emily Weiss rides the elevator to the penthouse level of her company’s downtown Manhattan headquarters. She’s a thoroughly millennial girlboss in jeans, sneakers and a royal blue sweatshirt with weiss embroidered in small white script. Her hair is pulled back in a ponytail, and for the founder of a beauty products company, she wears notably little makeup — just some mascara and possibly a swipe of Glossier Lip Gloss, a recent product release touted online as having a “fuzzy doe-foot applicator.”

A former teen model, Weiss is beautiful but not intimidating, either by nature or by design (probably a little of both). After all, her company’s popularity is directly related to her ability to cultivate a feeling of friendship with and among her customers. Just enough relatability is key.

In the elevator, a short woman in her 50s turns to chat her up.

“People really love it, I hear,” says the woman. “It’s my first visit. I work around the corner. I’m Elizabeth.”

On 6, the doors open to reveal Elizabeth’s destination. It’s the Glossier showroom, the brand’s only existing retail space, at least for now. It opened full-time in December of last year — a floor-through, gut-renovated homage to millennial pink: pink-and-white packaged products arranged on pink lacquered displays, pale-pink-subway-tiled walls, staff dressed in pink mechanics’ jumpsuits, fresh-cut pink and white flowers and flattering lighting. It’s 5 p.m., and the space is buzzing with a few dozen devoted Glossier fans of varying ages, ethnicities and genders. We’re told that Hilary Duff, the actress, has just left. “People really do come here to hang out,” says Brittney Ricca, Glossier’s manager of communications. She means it. Last summer, someone had a pizza delivered here.

If it weren’t already obvious, Glossier inspires a kind of devotion and intrigue unmatched in the traditionally fickle beauty space. In less than three years, and with just 24 products that range in price from $12 to $35, the startup has become one of the industry’s biggest disruptors. Weiss won’t share figures but says that revenues are up 600 percent year over year and the brand has tripled its active customer count over the past 12 months. Its flagship now does more sales per square foot than the average Apple Store, with lines out the door and a very impressive 65 percent conversion rate. And last November, Weiss announced on Glossier’s blog that the company had raised $24 million in Series B funding, representing a total $34.4 million in venture capital to date, which will go toward opening additional retail locations, shipping internationally and expanding product categories. In July, the company announced it would begin shipping to France, the U.K. and Canada, with more countries to come. And soon it will move its headquarters to a new, 26,000-square-foot space at the flashy One SoHo Square in New York (where MAC Cosmetics, an Estée Lauder company, also has an office) and add 282 new jobs to its current team of 85, funded in part by a $3 million tax credit from the state of New York.

The day before, Glossier had released its latest hotly anticipated product: Invisible Shield, introduced to the Glossier community as “a sunscreen that doesn’t suck.” It was inspired by persistent customer calls for a sunblock that wasn’t sticky, greasy, white or tinted, and didn’t smell like sunblock. It took two years to create. And it’s selling fast. In the past 24 hours, Weiss says, she’s gotten “so many DMs from people on Instagram writing to say, ‘Thank you so much for listening; we’ve been waiting for this moment.’”

Weiss writes every one of them back. Because she, too, has been waiting for this moment, ever since she had an insight years ago that has since bloomed into a corporate philosophy, and a runaway success. The beauty product industry has thrived on making women feel bad and selling them overpriced products that don’t deliver, but it doesn’t have to be that way. Weiss had a different idea, one as simple as it is revolutionary: Make them feel good.

Weiss grew up in Wilton, Conn., the older of two children. Her mother stayed home to raise her and her brother; her father worked in sales for Pitney Bowes. “He was very much the American dream — didn’t graduate college, printed his own business cards, worked his way up from door-to-door salesman,” she says. “I learned the value of hard work from them.”

As a teenager, she dabbled in local modeling, did her friends’ makeup for prom and studied fashion and magazines. At 15, she began babysitting for a neighbor who worked for Ralph Lauren, then tested out her budding hustling skills. “I said, ‘I love your kids,’” she recalls, “‘but is it too bold for me to say I’d really like to intern where you work?’” It was not. After spending two summers interning at Ralph Lauren, she enrolled at NYU in 2003. Someone at Ralph Lauren introduced her to Amy Astley, then the editor in chief of Teen Vogue, and Weiss spent her sophomore through senior years cramming her classes into two days so she could spend the other three interning at the magazine.

Teen Vogue became her first taste of fame. Fans of the MTV reality show The Hills might recall the time when “co-stars” Lauren Conrad and Whitney Port, ostensibly interns in the magazine’s West Coast office, were pitted against “intern Emily.” While reality shows aren’t the best representation of reality, Weiss’ scripted persona had plenty of truth. She was cast as a type-A New Yorker foil to Conrad and Port’s laid-back Valley girls, a preternaturally poised undergrad who knew how to use the word chinoiserie. And famously (at least among Hills fans), she triumphed: In one episode, Weiss was invited to stay for a fancy dinner that all three interns had helped set up, while Conrad and Port were banished to go eat in their cars.

Weiss graduated in 2007 with a degree in studio art, then kept rising in media. She was a fashion assistant at W, then an on-set styling assistant for Vogue, where she routinely pumped the biggest talents in fashion for information. (“I was able to ask these women, What’s that lipstick; what’s the hair?”) She also learned that while most women thought a lot about their own beauty regimens, they rarely talked about them.

Weiss suspected this stemmed from an uncomfortable fact: The beauty industry is all but built on telling women, even subtly, that they aren’t good enough. Talking openly about using beauty products, therefore, can read as tacit admission of inadequacy, insecurity, vanity or frivolity. “I found that whenever I used to ask women about their approach to beauty, they would sort of shrink and be like, ‘Oh, me? Like, I’m really low-maintenance. I don’t do anything,’” says Weiss. “And then you press: But surely you moisturize. And as you peel back that social conditioning around the idea that admitting you have a beauty routine must mean you’re frivolous or maybe shouldn’t be taken too seriously, you start to realize almost every woman has something to say — ‘Actually, I’ve been using this same mascara for 10 years, and it’s the most amazing product. Let me tell you about it.’”

Weiss wanted to debunk this stigma and erase this shame. To do it, she decided, she’d call upon her magazine training and create a blog. (This, after all, was the era in which blogs were transforming nobodies into style stars.) She sketched out a logo — a blot of nail polish — came up with a few regular features, and spent $700 on a camera and a website built by a friend of a friend. She called it Into the Gloss.

Into the Gloss launched in September 2010 with a post about fashion publicist Nicky Deam and a banner ad from beauty giant Lancôme. The cosmetics brand had…

A New Domain Authority Is Coming Soon: What’s Changing, When, & Why 0

What to Cut from Your Social Media Vocabulary 0

Google Just Got Rid of AdWords Converted Clicks. Now What? 0