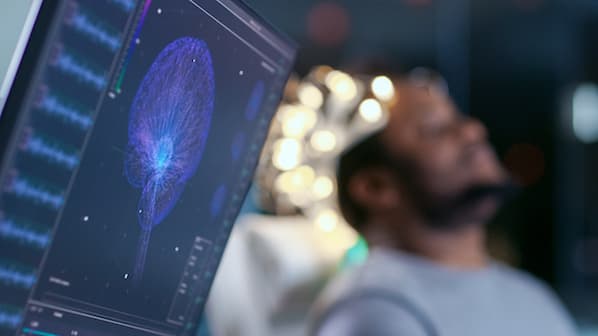 How Neuromarketing Could Revolutionize the Marketing Industry

But what if we could actually measure emotional resonance? Neuromarketing blends neuroscience and marketing to help brands gauge the emotional resonance of their current and future marketing campaigns. Last year, Immersion Neuroscience hooked eight people up to the INBand and measured their neurochemical responses to 17 ads from the 2018 Superbowl. In fact, the ad that generated the most emotional engagement in the study was ranked the least popular ad in USA Today’s Ad Meter. So to accurately gauge our content’s emotional resonance, and in turn, its ability to grab people’s attention, makes them feel something, and compel them to act, we need to focus more on neuroscience and less on web metrics and in-person interviews. And at the end of the ad, you’ll notice a corresponding spike in emotion on the graph that shows exactly where he cried. Shane’s emotional response to this ad suggests that telling great stories, chock-full of conflict, surprise, and emotion, is one of the best ways to trigger the release of oxytocin, helping you emotionally engage your audience and, ultimately, make them care about your brand. In the same study of 2018 Superbowl ads mentioned above, Immersion Neuroscience discovered that M&Ms’ “Human” was the second most immersive ad on their list. They discovered that concise, energetic talks generated the most emotional engagement. Based on these findings, Immersion Neuroscience believes tracking attendees’ emotional engagement during presentations can help companies refine their conferences by cutting out boring talks and even providing attendees with relevant presentation recommendations.

If digital and traditional marketers faced off in a debate about whose promotional philosophy is superior (which would probably get more heated than an NSYNC versus Backstreet Boys dispute), one of the points digital marketers could hang over traditional marketers’ heads is their ability to measure a campaign’s performance — and their opponent’s inability to do the same.

Whether its views, social shares, scroll depth, subscriptions, leads, and sometimes even ROI, digital marketers can measure it all. But even though we have access to a laundry list of metrics, we still can’t measure what is arguably the most crucial indicator of a campaign’s performance — emotional resonance.

Don’t get me wrong, I love seeing a spike in traffic as much as the next blogger. But in an industry where skimming a page for 10 seconds counts as a view, leaving your desk to grab some string cheese will result in a time-on-page of five minutes, and 50% of web traffic and engagement are generated by bots and Chinese click farms, claiming digital metrics are a surefire way to gauge your content’s emotional impact is a stretch.

But what if we could actually measure emotional resonance? What if we could place a resonance score next to a piece of content, just like we do with views? Interestingly enough, there are companies spearheading this movement and developing technology that can gauge people’s emotional response to your content without needing to draw blood or scan any brains.

Neuromarketing blends neuroscience and marketing to help brands gauge the emotional resonance of their current and future marketing campaigns. To do this, companies like Immersion Neuroscience and Spark Neuro have developed technology that can gauge certain neurochemical and physiological responses, which both signal emotional engagement while consuming marketing content.

In 2017, Immersion Neuroscience developed the INBand, an armband that can measure your brain’s oxytocin levels by tracking the cadence of your Vagus — a nerve that controls your heartbeat.

Oxytocin is known as the empathy chemical. When it’s coursing through your brain, you relate to others more, care about them, and feel an urge to help them. And when your brain synthesizes the chemical while consuming marketing materials, it’s one of the best indicators of emotional engagement and, in turn, quality content.

Last year, Immersion Neuroscience hooked eight people up to the INBand and measured their neurochemical responses to 17 ads from the 2018 Superbowl. They then compared each ad’s neurological immersion scores to their ranking on USA Today’s Ad Meter, which is ranked by the public.

What they found was quite shocking — their results were almost the complete opposite of USA Today’s Ad Meter rankings. In fact, the ad that generated the most emotional engagement in the study was ranked the least popular ad in USA Today’s Ad Meter.

Immersion Neuroscience’s findings suggest that knowing what the brain…

Will Artificial Intelligence Have a Major Impact on B2B Marketing? 0

How to Smash Silos and Better Integrate Marketing Teams 0