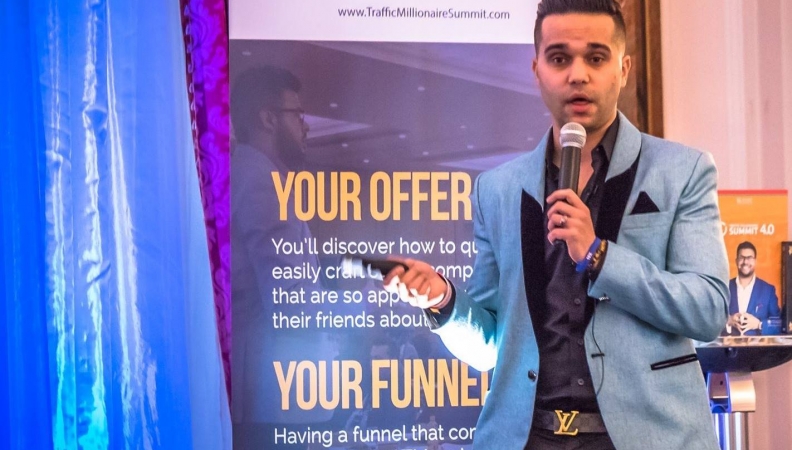 How This Entrepreneur Found The Secrets To a Successful Business

Many entrepreneurs have a dream to make a six or seven figure income from their home. This is what drives most of us to quit our 9 – 5 day job and work toward these goals.

If you’re reading this, more than likely, you’re an entrepreneur who has these same visions in mind for you and your family. However, you may have noticed there’s some glitches you have to learn in order to make this work.

In this article, I spoke with Rohan Sheth, founder of Rohan Sheth Consulting and I learned some valuable insights in entrepreneurship most business owners don’t want to admit, let alone tell how they got there. For some reason the fear of leaking the secret sauce isn’t valuable for a lot of people, but with Rohan, that’s all he knows.

Whether you are just beginning your entrepreneurial journey or have been at it for a while, one of the secrets to creating a successful business is to keep at it.

Mr. Sheth explained how he had an idea for the company he owns while working at McDonald’s. This proves greatness can emerge from anything, but it will only happen if you understand how to drive it.

It never makes a difference if you have a great idea or not. What counts is the action implemented behind making the idea something awesome. This works for life in general, not just online businesses. Most successful people have their driver’s license intact and a positive mindset to keep the pedal to the metal.

One of the greatest losses your company will ever be subject to is when you fail. Understand, it’s not the failing that can hurt your business, it’s what you decide to do after you fail. This can determine whether success can be in your horizon or not.

Keeping your drive in tune can play a major role in your success. Don’t give up! Keep your positive mental attitude, even in failure, and learn from your mistakes. While speaking with Mr. Sheth I began to understand failure will eventually happen, but it’s up to you on how it will affect you.

Be Consistent With Your Plan

Every successful entrepreneur has consistency in their corner. Mr. Sheth mentioned his Instagram account during this interview; he explained while most people don’t understand why quote images are a great business model, he can show social…

Unknown 49ers QB Has Incredible Debut, Gets Twitter Verified in Middle of Game 0

How Huge Founder Aaron Shapiro Measures the ROI of Design 0