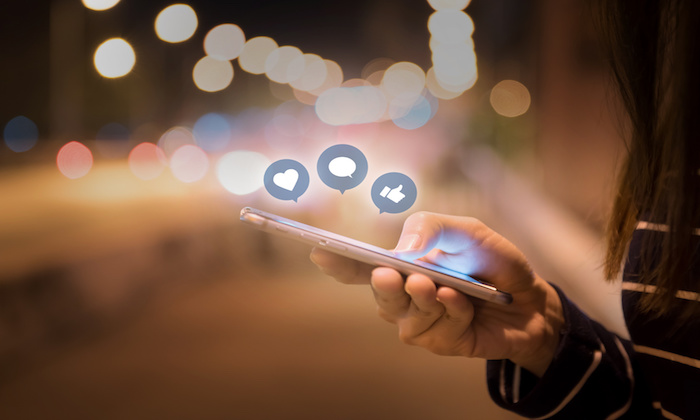 How to Get More Facebook Traffic by Posting Less

Changes that Facebook has made to the News Feed algorithm mean that Facebook Pages can count on much less organic reach than before. They want to help Facebook users have more “meaningful interactions” on the platform by making sure they’re seeing content from family, friends, and relevant branded content. And you can do it while posting less content on Facebook than ever before. According to current predictions, live video will account for 13% of all online video by 2021, which, in turn, could be over 80% of global web traffic and 85% of web traffic in the U.S. To really put it into perspective, a single minute of video content is worth 1.8 million words. Of those businesses that aren’t yet making video content, 65% of them have plans to start by the end of the year. In fact, 12 of the 14 most viral Facebook posts of 2017 were videos: Perhaps most importantly, Facebook’s algorithms seem to prioritize video over non-video content. If you plan to start making video content for Facebook — or if you want to make your current video strategy even better — here are a few simple tips to keep in mind: Facebook users often watch videos without sound Since you can’t know whether your viewers will have the volume on or off, you should add captions to your videos to ensure that you get your message across This is something that I need to start doing as soon as possible considering the captions I use on YouTube don’t auto-play on Facebook Use a “square” — or 1×1 — format Whenever possible, record and export your videos at a resolution of 1080p, or 720p at the bare minimum, as videos often drop in quality when you upload them You might also consider becoming familiar with Facebook’s best practices for live video. What content do they like to see? You just need to think about what you’re posting, why you’re posting it, how you’re posting it, and who you’re posting it for. Start by learning more about Facebook’s algorithm so you can post content that will perform well on it.

4 TED Talks That Will Make You Delete Your Social Media Accounts
Facebook and Google Rule Advertising, and 3 Other Takeaways From the IAB’s Latest Report
5 Social Recruiting Mistakes and How to Avoid Them

I continuously hear the same questions from my clients:

“How can I start using Snapchat?”

These new platforms are obviously important. But my response is typically the same:

Facebook might seem old and tired now. But it still tops the charts at nearly 2.2 billion people who are active at least on a monthly basis.

Going by the most recent tally, global penetration for the social network is an astounding 22.9%.

This means that more than one in every five humans is on Facebook.

With so many people using Facebook, it would be natural to assume that posting more content to the social site would give your content more opportunities for users to see it.

But that’s not exactly how it works. In fact, it’s actually the opposite.

Wait. Why would fewer posts mean more reach? Does that even make sense?

Actually, it does. Here’s why.

Your organic reach is the number of people who see your “free” posts.

And while there are strategies to boost your organic reach, it’s only getting harder and harder.

In fact, the vast majority of Pages have seen a continual decline in their organic reach over the past several years.

Some suggest that the changes to organic reach reflect a shift in the company’s priorities as Facebook focuses on maximizing profits from its hugely popular advertising system.

The chart above shows how Facebook’s stock has increased while average organic Page reach has decreased, implying some sort of correlation.

Changes that Facebook has made to the News Feed algorithm mean that Facebook Pages can count on much less organic reach than before.

Previously, Facebook would count a post as a view if it merely appeared on a user’s News Feed even if that post never appeared on the user’s screen.

With the algorithm changes, a post must actually make it onto a user’s screen before Facebook will count it as a view.

It’s always been this way for paid (or “boosted”) posts, but it now counts organic reach in the same way.

This change would be significant enough to reduce organic reach.

According to a post from Mark Zuckerberg, they made these changes to the News Feed algorithm as part of a new direction for the platform.

They want to help Facebook users have more “meaningful interactions” on the platform by making sure they’re seeing content from family, friends, and relevant branded content.

But here’s the bottom line:

This limits a Page’s ‘organic’ content from dominating the News Feed and allows users to see more posts from their friends and family.

Of course, their alternative is for you to pay to promote your posts.

And Facebook has developed ways of weeding out all the noise so that only the trustworthy, informative, and relevant content remains.

For example, here’s a full list of posts they will automatically de-prioritize in users’ streams:

Posts in which you attempt to “engagement bait” the audience:

Posts that appear to be videos but really aren’t (“video clickbait”):

Posts that link to low-quality websites:

Videos that are extremely short:

With the News Feed algorithm having undergone some pretty extensive changes and an overall refocusing, it’s a sink-or-swim situation.

You have to learn how to compensate for the new status quo. Otherwise, you’ll sink into News Feed obscurity.

But what if you want to actually grow your reach and gain more traffic? Is that still possible in lieu of the News Feed prioritizing in-network content?

Here are five tips to help you do this.

1. Familiarize yourself with how the new algorithm works

The “signals” are the only component of the algorithm that you can control.

You can see some of the signals the News Feed algorithm essentially scores as it determines whether a post should appear in a user’s feed.

Some of the key signals include:

How, exactly, do you influence those signals?

Here are some of the bigger factors in Facebook’s algorithm:

If you want to improve your Facebook traffic, the first step is to familiarize yourself with these.

Then, focus on the ones that give you the best bang for your buck.

For starters, you can create videos.

Internet users have uploaded more video content online in just the past month than network television generated in 30 years.

In fact, online video now accounts for about two-thirds of all online traffic — a figure that could climb to 79% within the next two years.

According to current predictions, live video will account for 13% of all online video by 2021, which, in turn, could be over 80% of global web traffic and 85% of web traffic in the U.S.

To really put it into perspective, a single minute of video content is worth 1.8 million words.

And marketers have figured this out.

81% of businesses are already using video as part of their marketing and traffic growth strategies.

That’s a pretty substantial increase, as just 63% of businesses were using video in 2017.

Of those businesses that aren’t yet making video content, 65% of them have plans to start by the end of the year.

But does the demand for video really warrant such a heavy investment?

And when viewers watch good videos, they love to share them.

A study from Locowise discovered this when they looked at 500 different Pages.

They found that when a Page posts a video, an average of 16.7% of their fans will see it.

Considering that the average for all types of content is only 11.4% of a Page’s fans, video clearly performs better.

Buzzsumo broke down the Locowise data further, noting that photos reach an average of 11.63% of the audience while links and text reach 7.81% and 4.56%…

How to Rev up the Success of Your WordPress Website 0