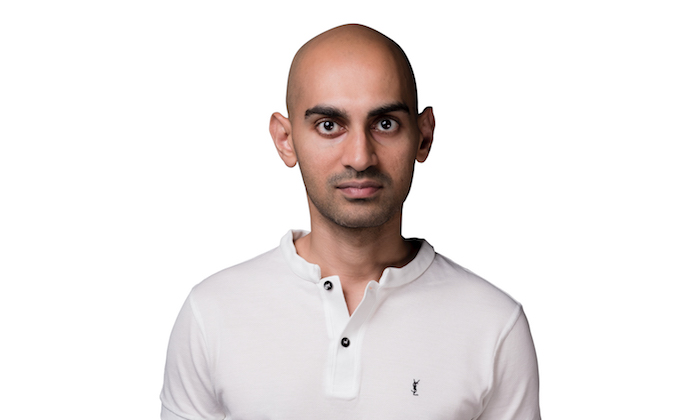 I Wish I Never Built a Personal Brand

None of my companies have as much traffic, and they don’t have anywhere near the social following as my personal blog that you’re reading right now. Why did I build a personal brand? I know that doesn’t seem like a lot of traffic, but for a job board with no listings, the Internet not being as popular 17 years ago, and for me being a 16-year-old kid, I didn’t do too bad. Because the blog wasn’t working out too well, I decided to speak at conferences in hopes that it would generate more clients. Now when I say I started to build a brand, it wasn’t anything like it is right now and my goal wasn’t to build a brand… I just wanted to close new deals. As Crazy Egg was growing, I randomly decided to start a personal blog, Quick Sprout. People would come up to me at conferences saying how they loved my content. There are a lot of people who have known about me for years who don’t Google my name on a monthly basis. My personal brand has grown for a few reasons: I blog consistently – I’ve been blogging for years on many different blogs. Conclusion If I took all of the time I spent building a personal brand into building a corporate brand, I would have been worth a lot more money.

Some of you who are reading this know who I am. And many of you don’t.

So, for those of you who don’t…

My name is Neil Patel, and I am the co-founder of an ad agency called Neil Patel Digital. I’ve also co-founded a few marketing technology companies.

So, can you see the issue with everything I am doing?

It’s all tied to my name.

None of my companies have as much traffic, and they don’t have anywhere near the social following as my personal blog that you’re reading right now.

And that’s not even the biggest issue, which I will get into later on.

But before I go into why I wouldn’t build a personal brand again, let’s go over how it all began.

Why did I build a personal brand?

I never planned on building a personal brand. I started my career in marketing at the age of 16.

My first website was a job board called Advice Monkey (no longer exists) that I started when I was 16 years old. I had no clue how to generate traffic… I just thought that you put up a website and people visit.

Boy, was I wrong!

Eventually, I saved up enough money from picking up trash and cleaning restrooms at a theme park to pay a marketing firm.

They ripped me off and provided little to no results.

From being broke and frustrated I had no choice but to learn online marketing.

I know that doesn’t seem like a lot of traffic, but for a job board with no listings, the Internet not being as popular 17 years ago, and for me being a 16-year-old kid, I didn’t do too bad.

But here is the thing, I was never able to make Advice Monkey work out. I just didn’t know how to monetize it.

So, like any other nerdy 16-year-old, I did what my parents wanted me to do, I went to college. And I know I was a bit too young for college as I was still in high school, so I took night classes at a college nearby my home while still in high school.

He asked me if I wanted a consulting job… I said yes… they paid me $5,000 a month. I was able to help them generate well into the 8 figures of additional yearly revenue because of my work.

The owner of the company was impressed, so he introduced me to his son, who owned an ad agency.

Soon enough, he outsourced some work to me, which lead me to generate $20,000 a month in income.

The start of my personal brand

I was happy with the money that I was making for my age, but I knew it wouldn’t last.

Just because someone is paying you money right now, it doesn’t mean they will pay you next year or even next month.

I had to figure out how to generate customers.

I wasn’t the best at sales, I wasn’t well connected… so I did what I knew best. I created a blog that focused on the topic of SEO in hopes that it would generate leads and sales.

The blog no longer exists, but it was called Pronet Advertising. Here’s what it looked like:

Over time, the blog started to grow in popularity and it would generate leads here and there. I never hit more than 150,000 monthly visitors, and I wasn’t satisfied with the results.

I wish I knew what I know now because I would have done simple things like leveraging exit popups and lead forms on the blog.

Seriously, I made so many basic mistakes back in 2006.

Because the blog wasn’t working out too well, I decided to speak at conferences in hopes that it would generate more clients. I literally applied to every marketing conference in hopes of landing a speaking gig.

The first conference I spoke at was Search Engine Strategies (it no longer exists). I was a bit nervous, but people enjoyed my speech.

I generated no new business from the event. 🙁

But that didn’t stop me, and I started to speak at more conferences and eventually, I drummed up business from a few events. Plus, I was building a personal brand in the marketing space (without realizing it).

My ad agency grew to a few million a year in revenue, but by the time the recession hit in 2008, we started to lose a lot of clients.

Eventually, I shifted my focus to a marketing software company I co-founded, Crazy Egg.

At the same time, I stopped blogging on Pronet Advertising because it wasn’t generating any real income.

I started to focus all of my energy on getting Crazy Egg traffic and customers, while my business partner focused on making the product great.

At that time, Crazy Egg’s brand recognition was larger than mine. And I had no intention of growing my personal brand.

So, when I spoke at conferences, I talked about Crazy Egg. When I woke up in the morning, I spent my time trying to make Crazy Egg more popular.

As Crazy Egg was growing, I randomly decided to start a personal blog, Quick Sprout. I have no…

How Does Your Email Marketing Program Stack Up? 0