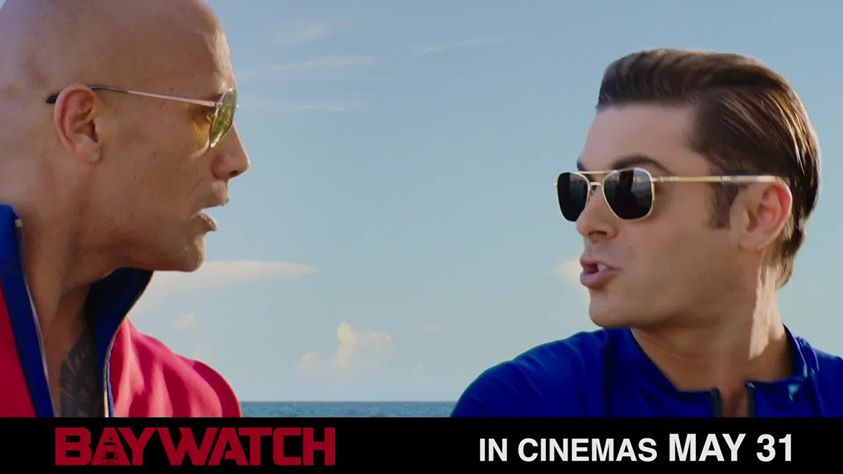 Memorial Day Weekend Movie Releases: How Three of The Big 2017 Trailers Performed Online. Three of the major studio films being released on or around this Memorial Day weekend are Disney’s Pirates of the Caribbean: Dead Men Tell No Tales, Paramount Pictures’ Baywatch, and Warner Bros’ Wonder Woman. Although trailers for the film were released on social media as early as November 2016, the official trailer with the most views on YouTube was released on March 22nd, 2017 ((below). On Facebook, the most-viewed official trailer was the December 8, 2016 teaser, which also generated great engagement in the first 30 days from when it was uploaded at 1.3 engagements per view. Most of the user and influencer-generated videos received much more engagement than the trailers uploaded by Paramount, especially when they were uploaded by stars with big online media presences. Incidentally, the most-viewed Time Warner property uploaded trailers for Wonder Woman on Facebook were also the Comic-Con and official trailers, also with strong engagement in the first 30 days from when the videos were uploaded. The most-viewed, Disney-property-uploaded trailer for Pirates on Facebook is the March 26th, 2017 trailer uploaded by Pirates of the Caribbean’s official account. This trailer actually has a solid engagements per views rate for its first 30 days online at 1.7 engagements per view. The second-most viewed influencer or user-generated trailer on YouTube is the third trailer for the movie uploaded by ONE Media with 12.7 Million views (11.6 Million of those views rolled in during the first 30 days since the trailer was uploaded). This video had a much better engagement per views rate in its first 30 days online with 1.4 engagements per views.

How to Use Documentary Filmmaking Techniques to Craft Memorable Content
Ad Agencies Should Stop Charging Clients Up Front: Three Lessons From Jerry Maguire
Film warns teens of danger of chatting to strangers online

In the U.S., Memorial Day is a pretty big deal. Not only is it an important holiday commemorating the brave men and women who died while serving in the United States military, but it’s a day off work and school to spend with friends and family, marking the unofficial start to summer. And because school is letting out and people are going on vacation, summer is a huge time for the movie industry. Memorial Day weekend is the beginning of one of the most important tent-pole seasons for the studios as the first wave of big-budget summer movies are released, and studio executives cross their fingers hoping for blockbuster-level success that’s often been years in the making.

According to Box Office Mojo, the total US box office gross for 2016 was $11,367,367,762. That’s 11.3 Billion dollars box office in the U.S. alone! The summer box office gross (Memorial Day weekend through Labor Day weekend) was 4.45 Billion dollars, a solid portion of that yearly U.S. total. According to the LA Times, that summer gross is expected to be 5-10% lower this year, due in part to the plethora of in and out-of-theater options available and the number of franchise sequels studios continue to churn out. However, one truth remains: the hotter it gets, the more likely people are to head to their local movie theater.

The films with the largest budgets spare no expense when it comes to advertising. With the intention of drawing in as many movie-goers as possible, studios launch massive campaigns, via traditional print and TV media and in major cross-platform social media campaigns. But what works on a billboard or in a television trailer isn’t necessarily what resonates in an online video. Studios come up with their own official trailers that they run online (some are the same trailers that appear on TV) and also pay influencers to create user-generated trailers. Influencers and users will also upload movie trailers for free to generate buzz around a specific film.

Three of the major studio films being released on or around this Memorial Day weekend are Disney’s Pirates of the Caribbean: Dead Men Tell No Tales, Paramount Pictures’ Baywatch, and Warner Bros’ Wonder Woman. Although Pirates and Wonder Woman are geared more towards families and Baywatch is rated R, all three movies have multiple official and user-generated trailers on social platforms. Using data from Tubular, let’s look at what’s working on various platforms for each movie to garner some tips for trailer advertising online.

Baywatch: A Social Video Push by The Rock

Official Baywatch trailers were distributed by at least 93 different Paramount properties. Although trailers for the film were released on social media as early as November 2016, the official trailer with the most views on YouTube was released on March 22nd, 2017 ((below). This trailer was the actual full-length trailer for Baywatch and garnered 8.1 Million views with 6.7 Million of those views occurring in the first 30 days since the video was uploaded. The second most-viewed official trailer on YouTube is actually the teaser for the movie, uploaded way back in 2016, on December 8th. This video received 4.3 Million views with 4.2 Million occurring in the first 30 days since the teaser was uploaded. It’s also worth noting that the third most-viewed official trailer on YouTube was uploaded by Paramount India and heavily features lead Priyanka Chopra, who is Indian and has a massive Indian following from her appearances in Bollywood films.

On Facebook, the most-viewed official trailer was the December 8, 2016 teaser, which also generated great engagement in the first 30 days from when it was uploaded at 1.3 engagements per view. Interestingly, the second most-viewed official trailer for Baywatch on Facebook was the red band trailer (see below), uploaded recently on May 11th, 2017. This trailer was actually uploaded by Paramount affiliate United International Pictures Philippines, implying along with the Paramount India-uploaded YouTube trailer that this movie might have a robust audience in Asia (let’s not forget that in the 1990’s, Baywatch was the most-watched TV show in the world). It was a smart move for Paramount to have their international properties upload trailers and for those trailers to feature leads that are popular on a global level.

However, the real story here is engagement within the first 30 days of uploading. Most of the user and influencer-generated videos received much more engagement than the trailers uploaded by Paramount, especially…

4 Powerful Ways To Use The Art of Storytelling 0

This Week in Content Marketing: The New York Times Shows That Email Is the Next Best Thing 0

Making the most of in-person events: The #CMWorld 2017 edition 0

4 Ways to Promote Your Products on Social Media 0