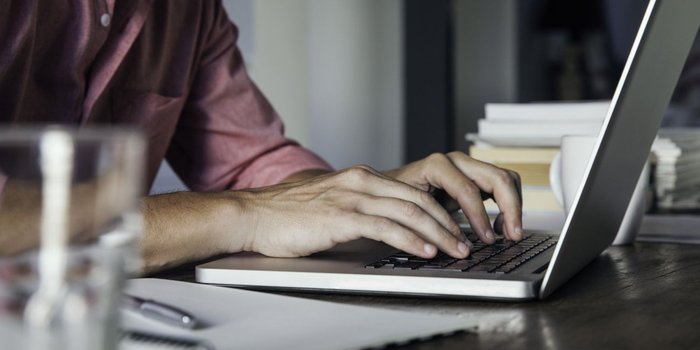 For starters, drop the use of the word 'there' at the beginning of a sentence. Avoid weak openings. Ever notice how many articles and commentaries on the web begin with the following phrases? Instead, try to recast every sentence that begins with “There are” or “There is” -- whether in the intro or well into the piece -- to erase what so often leads into a passive verb -- and weak writing. Another way to strengthen a sentence that begins with “While” is to cut that word entirely, so the sentence begins with a declaration rather than a subordinate clause (which is what makes it sound weaker). People tend to write “There’s no denying” when they’re still trying to persuade the reader of a proposition that may remain open to question … or is even deniable. As for “The great thing about,” I rarely have difficulty thinking of other great things someone might say about a subject, whatever it may be. This “great thing” merely happens to be the topic of the article you are writing for someone else to read. Don’t misuse words just because they sound impressive. Here are four words that often turn up in web articles, typically for no good reason: • drastically • exponentially • literally • infinitely Writers reach for these words in order to strengthen whatever verb or trend they modify.

Neil Patel’s Guide to Blogging Consistently
It’s Not YouTube’s Fault: Blame the ‘Magazine Format’ for the State of Video Advertising
Find the Question to your Yahoo Answers!

For starters, drop the use of the word ‘there’ at the beginning of a sentence. Ditto for ‘while.’

Too many blog commentaries and internet pieces sound the same, whether they talk about how to landscape your yard, lose weight, lease an apartment, conduct a successful job interview or design a website for your new business.

Why? Well, too often they pretty much are the same. Many use the same rhetorical language, same marketing lingo, even the most used buzzwords. Do you want the content on your own blog or marketing pages to break out from the pack? Then train yourself not to sound like everyone else. Here are three sharp moves that will get you started.

Ever notice how many articles and commentaries on the web begin with the following phrases? “As a …” is one. Others are:

Each one represents a weak, passive opening. They make your sentence sound as if the reader has wandered into the middle of a conversation; but that’s obviously not the case, because the reader is looking at the first words below the headline, at the top of the browser window.

So, avoid these openings. Instead, try to recast every sentence that begins with “There are” or “There is” — whether in the intro or well into the piece — to erase what so often leads into a passive verb — and weak writing.

In fact, if “There” is the first word of any sentence, you can almost invariably improve it by rewriting … unless it has an antecedent, i.e., “there” refers directly to something in the previous sentence or paragraph (as in “There’s your problem”), rather than a floating “There is … [something, somewhere in the universe that I want to talk about right now].”

Quick substitutes for those other…

Influencer Marketing for B2B: 4 Examples That Prove It Can Work 0