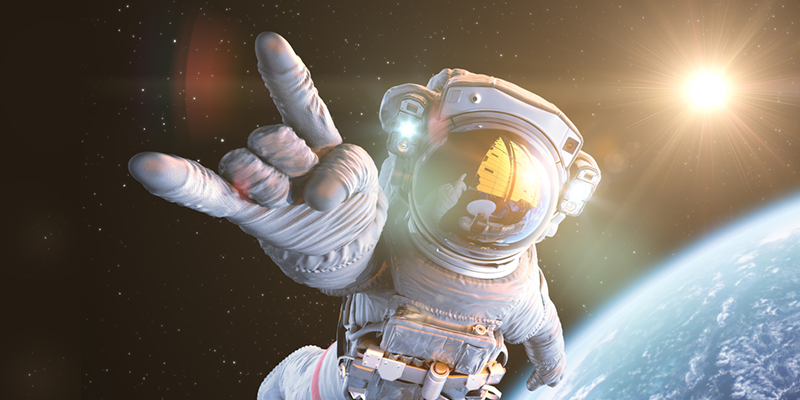 What you can learn about social media marketing from NASA

What you can learn about social media marketing from NASA. Today, NASA boasts of over 120 million followers across all social media sites, on which it handles over 500 accounts. And even though NASA has no intentions of gaining monetary profit from their efforts, here are a few things you can learn from the space agency's social media strategy: Educate and entertain One thing that has boosted NASA's popularity on social media sites is their unexpected humour. The space agency has also taken to sharing the latest cosmic images, sent by its various spacecrafts, on Instagram even before they're released to the media. Tailor content for your audience Relating with the vast young audience on the internet is a near-impossible task for most companies; but NASA is not one of them. However, on Twitter and Reddit, users of which are more inclined to be interested in the science behind space travel, NASA doesn't shy away from sharing detailed informative posts. Engage people The importance of influencers in social media marketing cannot be overstated. The program, which is called NASA Social, urges NASA's followers to share information about the agency's missions and programs on social media. Of course, NASA's social media strategy benefitted a great deal from the agency being a household name before they began marketing themselves. Apply for the YES BANK FINTECH accelerator programme today.

The Secrets to Scaling Your Business
How Does Your Iconography Affect Your Social Media Marketing?
Snapchat, Instagram, and the Rise of Video and UGC Marketing

There aren’t many businesses or brands in the world that can rival NASA’s social media game. While the stereotypical image of NASA employees is that of serious people wearing lab coats and discussing incomprehensible rocket science, the premier space organisation showed the world that it can form connections with even those people who have an aversion to science.

Today, NASA boasts of over 120 million followers across all social media sites, on which it handles over 500 accounts. While you may think gaining such a massive following wasn’t a particularly difficult task for NASA (after all, they’re posting pictures about space, and who isn’t interested in those, right?), the organisation put a ton of effort into making it happen.

In previous ecades, people only came to know about NASA’s missions through regular print or TV media; and only the headline-worthy news was retained in their memories. But today’s world has a voracious appetite for information. Almost every person with an internet connection is always online, spending their time looking at cat GIFs to following the latest news and everything in between. NASA leveraged this information thirst and created a stellar marketing strategy that skyrocketed the brand to the zenith of social media engagement. And even though NASA has no intentions of gaining monetary profit from their efforts, here are a few things you can learn from the space agency’s social media strategy:

One thing that has boosted NASA’s popularity on social media sites is their unexpected humour. As one of the foremost pioneers of technology in this century, no one could have faulted NASA if they had decided to adopt a serious and scientific tone for their social posts. But the company did what no one expected – they were funny. Using a first person voice peppered with witty phrases for their spacecraft deployed on extra-terrestrial missions, NASA brought a whole new dynamic to engaging audiences on social media.

The space agency has also taken…

How to Use Facebook Attribution to Scale Your Conversions 0

Want to Launch the Next Billion-Dollar Startup? Here’s 4 Suggestions By David Sachs 0