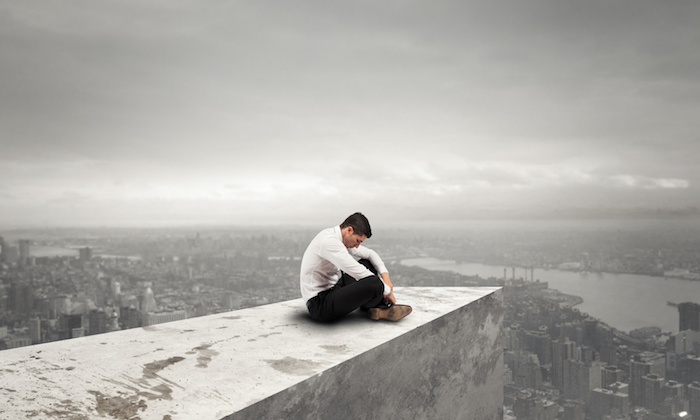 Over the years, I have learned that building a successful startup is more about the failures and what you learn from them. Content marketing is not just blogging. Step #2: Build a guest blogging strategy to be successful. But if you aren’t using growth hacking, there is a good chance you are wasting a lot of time and even more money. I talk a lot about making marketing decisions based on data. But I do want to give you a few tips to help you start using growth hacking to grow your startup. You spend too much time networking You’ll hear a lot about the importance of networking as a startup founder. There are usually several groups of people talking to each other. Helping other people is the true key to successful networking. People are busy.

How to Tap Into Community and Drive Engagement With Live Experiences
These 6 Online Habits Are Common, But They’re Killing Your Brand’s Credibility
You’re Failing If Your Marketing Strategy Is Slamming Other Entrepreneurs

In 2006, I created my first successful startup, Crazy Egg.

Since then, I have founded or co-founded several other companies, including KISSmetrics, Quick Sprout, and HelloBar.

If you are in digital marketing, there is a good chance you have heard of one of the companies I have built or helped build in the last ten years.

Here’s the thing, though.

Those are the ones that achieved at least some leave of success (some greater than others).

What you don’t hear much about are the businesses I tried to build, but failed.

Like that month in high school when I tried to sell Kirby vacuums door-to-door.

I sold one—and the couple returned it a week later.

That one doesn’t get talked about much.

Over the years, I have learned that building a successful startup is more about the failures and what you learn from them.

Take, for example, the million-dollar mistake I made with my very first internet company, the now-defunct Advantage Consulting Services.

Through blogging, guest speaking, and good old-fashioned cold-calling, my business partner and I were able to grow our little company into a revenue-generating business.

In 2005, we decided to expand by investing in a company called Fruitcast. At the time, it made sense to us. We were trying something new.

Due to many mistakes, that early investment didn’t pan out.

Neither did our first analytics company, which didn’t stand a chance once Google came out with Google Analytics.

During that same time, I also co-founded Crazy Egg—which was eventually a success.

Believe me when I say that I know failure.

I know it quite well.

In fact, most startups fail.

According to Bureau of Labor Statistics, 50% of small businesses fail in the first five years.

The Motley Fool asserts that only around 20% of businesses make it past the first decade, as illustrated by this graph:

The Global Entrepreneur Monitor’s annual report, which reports on the state of entrepreneurship all over the world, states that “In economies where entrepreneurship is booming, failure is seen as part of the process – in fact, the feeling is that if you never experience failure, you are not being innovative enough.”

Failure is part of the process.

There is value in failure.

But there is equal value in learning from other people’s mistakes, and that is what I want to share with you today.

The following mistakes are ones I have seen close friends make, or have made myself. My hope is that this information will help you improve your own chances of success.

Here is why your startup is going to fail.

The word ‘content marketing’ gets thrown around so much that it has lost meaning to many entrepreneurs.

That is a huge mistake.

Content marketing is not just blogging. Or publishing a yearly white paper. Or releasing a few PR-backed press releases.

According to the Content Marketing Institute, “Content marketing is a strategic marketing approach focused on creating and distributing valuable, relevant, and consistent content to attract and retain a clearly defined audience — and, ultimately, to drive profitable customer action.”

Why is it so successful?

236 million people use ad blockers, and that number increases each year according to Page Fair.

Which means if you are only relying on ads, you are missing out on a lot of eyeballs.

Content marketing is also more cost-effective, costing up to 41% less than paid marketing.

The problem is that nearly everyone is using content marketing.

In fact, according to HubSpot, 53% of marketers say that blog content creation is their top inbound marketing priority.

So how in the world do you stand out?

Easy to say but hard to do, right? It doesn’t have to be complicated.

Start by publishing 2 to 4 articles per week and work on streamlining the process.

If you employ multiple people to write, edit, and upload your content, find a way to keep them connected and organized.

I use Trello to keep my content-creation and publication process running smoothly.

As you master the content process, crank up to publishing daily or even 2-3 times per day.

Do you know what their key to their success is?

75% of their leads come from inbound marketing efforts.

Content marketing is what drives most of their revenue.

It can do the same for you if you put the time and work in.

Step #2: Build a guest blogging strategy to be successful.

Here is the thing.

Guest blogging for links alone is not effective.

Guest blogging to share information or to establish yourself as an industry expert is effective. And it always will be.

People are more likely to trust you when you offer value before you ask for money.

Ryan Robinson shared this data of his a guest blogging study he wrapped up in early 2016.

A total of ten guest posts published on high-traffic sites like Inc. and HubSpot drove hundreds of emails subscribers and thousands of new site visitors in just the first 72 hours.

David Arnoux, co-founder of Twoodo, used guest posting to ramp up Twoodo’s daily email signups from 2 to 25 per day.

When you build a guest blogging strategy based on data, it works.

You think growth hacking is just a buzzword

Every few years, there is a buzzword that makes its way into our collective vernacular. Growth hacking might seem to be one of those ‘buzzwords.’ The ones everyone says, but no one really understands.

To be fair, it does get thrown around a lot.

But if you aren’t using growth hacking, there is a good chance you are wasting a lot of time and even more money.

So what is growth hacking?

The phrase “growth hacker” was coined by Sean Ellis, founder and the former CEO of Qualaroo, a customer insights company.

Frustrated with trying to hire a replacement for himself, he coined “growth…

3 Reasons Why Your Social Media Strategy Is Broken 0

Turn Your Hunch Into the Next Big Thing 0

How the Flywheel Killed HubSpot’s Funnel 0