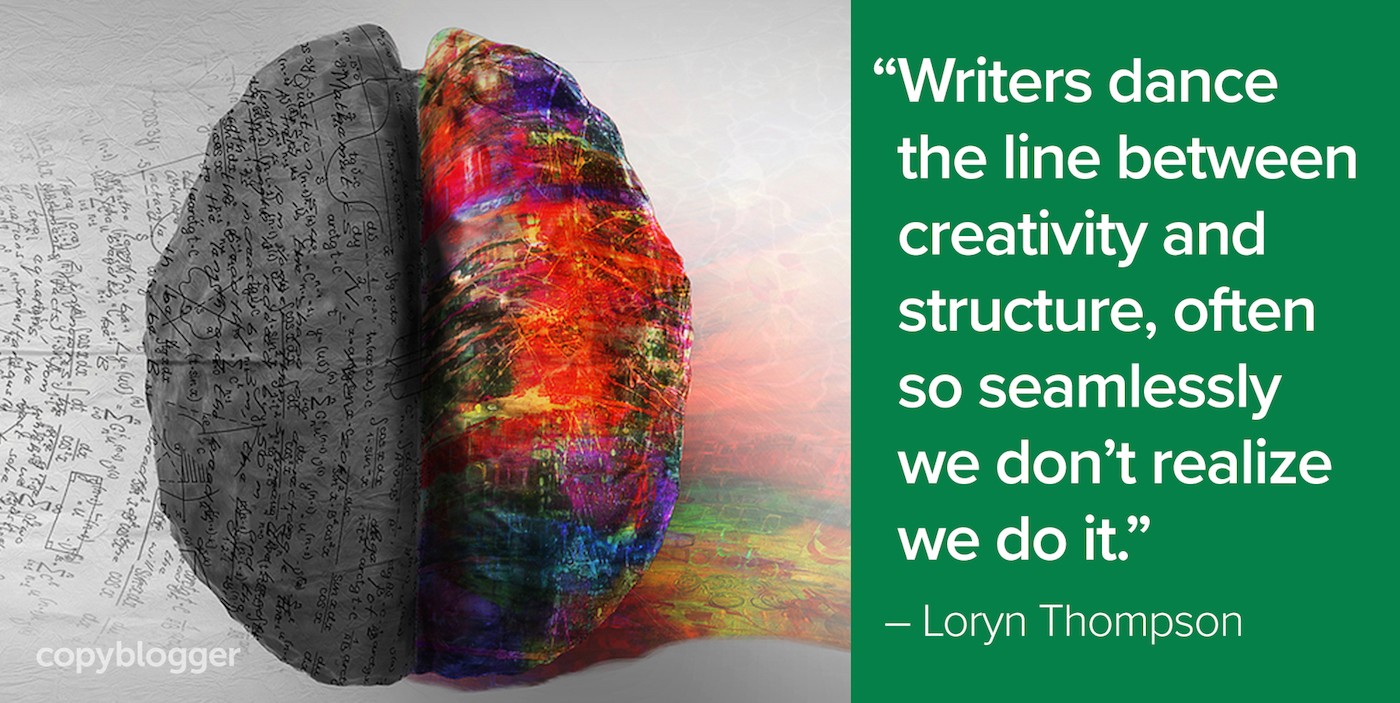 I’m nowhere near as creative as she is. I wanted to ask him if he truly thought medicine wasn’t creative. If he really wanted to get better at graphic design, what was stopping him? Two selves, one writer Maybe the reason this dichotomy bothers me so much is because I’ve always found myself somewhere between the two. But sometimes, I think the secret to being a great writer is knowing when to fall back on processes, and when to forge ahead with inspiration. If you want to become a better writer, study the greats. You might not feel any different after you’ve defined 10 words, but after you’ve defined 200, you’ll be getting somewhere. Inspiration may feel like it comes from nowhere, but it’s really just a part of your creative process that you build over time. What did I do today to keep in ‘form?’” Writing is a creative endeavor, yes. You might be able to become a better writer by sheer force of will, but if you want to get better, faster, you’ll have to embrace the process.

That happened to me recently, after I sliced a finger and wound up in Urgent Care. When the doctor heard that my fiancé is a graphic designer, he launched into a well-rehearsed monologue:

“Oh, my mom is a graphic designer; she’s so creative! I do some design too, but only really as an outlet. I’m nowhere near as creative as she is. I just do it to relax. I mean, I can’t read medical texts all the time.”

Eventually, his rant became more uncomfortable than my still-bleeding pinkie.

I wanted to ask him if he truly thought medicine wasn’t creative.

Had he never encountered a problem he wasn’t explicitly trained to handle in medical school? Had he never improvised, or developed a different way of doing something?

If he really wanted to get better at graphic design, what was stopping him?

For generations, we’ve drawn a line between logic and emotion, creativity and structure: Spock and Kirk. Holmes and Watson. Sense and Sensibility.

And certainly, the distinction exists. Diagramming sentences is one thing … feeling moved to write an inspiring line of poetry, another.

But we’ve gone much further than classification.

Somehow, creativity and logic have attained a mythical status as two oppositional forces, pitted together in an eternal struggle for dominance. Not only is this myth wrong and unnecessary, it’s damaging.

If you believe creativity is something you’re born with, and that some kinds of tasks are creative while others are not, you’ll miss thousands of opportunities to improve.

Maybe the reason this dichotomy bothers me so much is because I’ve always found myself somewhere between the two.

I’m the daughter of two self-professed “logical” people — my mother is a software developer, my father a medical imaging engineer.

But my dad built beautiful doll beds and full-size playhouses when I was a kid, and my mom loves interior design (though she’d never…

Where Should You Spend Your Marketing Budget? (Even If It’s Not Much) 0