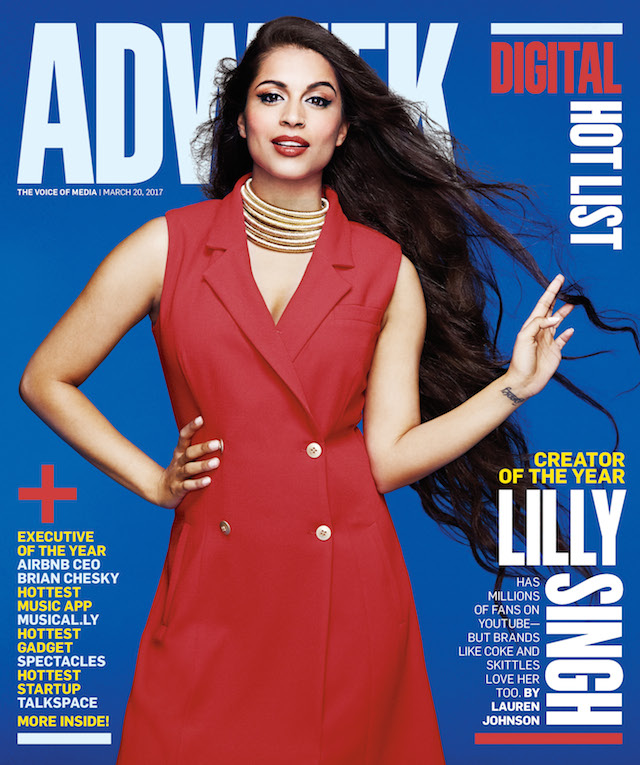 YouTuber Lilly Singh Has Built an Entire Career Around Her Positive, Uplifting POV on Life

Ready to Go Live? All You Need to Know Now
Top Tools for New YouTube and Instagram Influencers
How Multiple Campaigns With the Same Partner Can Maximise Sponsored Video Reach

Lilly Singh gets millennials. Specifically, she gets 13.1 million YouTube subscribers to tune in for weekly comedic videos poking fun at everything from her relationship with a fictional pair of parents to dating and work.

Better known as IISuperwomanII, 28-year-old Singh—Adweek’s 2017 Digital Creator of the Year—is one of YouTube’s biggest creators, earning a reported $7.5 million in 2016 from a growing franchise of viral videos, a world tour and soon-to-launch book. Her funny, relatable personality has collected a mind-boggling 2 billion views across two YouTube channels since she uploaded her first clip in 2010.

“One of my goals is for someone to watch one of my videos and react in such a way where they’re like, ‘Oh my God, I thought I was the only person who did this. This is so me,’” Singh says in explaining her digital success. “They’re all things that we do—I’m just presenting them in a very exaggerated, comedic way. I think there’s that element of being universally relatable.”

More importantly, Singh’s brand is consistently positive and uplifting so that brands feel safe advertising around her videos, which is particularly critical in light of the recent backlash against YouTube creator PewDiePie’s anti-Semitic comments that caused Maker Studios, YouTube and major marketers to sever relationships with the site’s most-watched star.

“Lilly has a very strong identity and clear definition of what she stands for, so like any good brand, she puts the discipline behind it,” comments Shannon Pruitt, president of Dentsu Aegis’ The Story Lab. “She talks about real issues and represents the not always shiny side of what’s going on—there is a little bit of aspiration tied up in her. When she’s doing the work, she’s incredibly professional. For brands that’s obviously very important because they’re moving from a world where they…

Twitter: No Political Bias in Crackdown of Suspicious Accounts 0

Print Is Still the Most Trusted Type of Ad 0