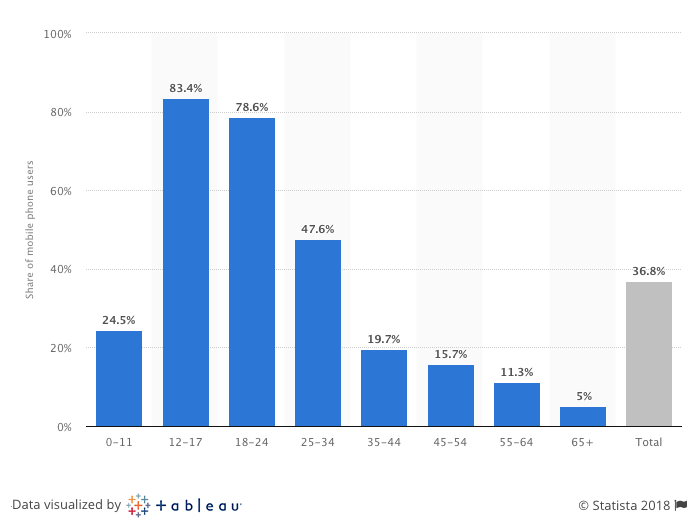 15 Ways to Use Snapchat for Your Business

Post to your story often Once you’ve created a Snapchat account, you need to make sure it’s active. Posting content often will keep your brand fresh in the minds of your followers. Depending on how many people a user follows on Snapchat, they’ll have lots of stories to view each day. Promote your Snapchat account on other marketing channels For your Snapchat strategy to be successful, you need followers. Look at how People Magazine uses this strategy in their Instagram bio: This is really important for you, especially if you just created a Snapchat account for your company. Let social influencers take over your account Another great way to get more followers and increase engagement is through social proof. Hailee has over 933k followers on Twitter and more than 8 million Instagram followers. Make sure your content is engaging. Even if they don’t add your Snapchat account, you’ll still be able to create brand awareness with a new audience. Overall, you want to make sure your Snapchat marketing strategy makes your business better.

Why WordPress Isn’t Scared of Facebook, Snapchat, or the Future of Publishing
Four Ways Snapchat Can Get Ahead of the Competition Post-IPO
Why you need to stop comparing Snap to Facebook

The days of Snapchat being used solely for sending pictures between friends are over.

This social media platform has evolved. Your company can’t afford to ignore the impact this marketing channel can have on your business.

It’s an absolute necessity if you’re focusing on Generation Z as your target market. That’s because 71% of Gen Z use Snapchat as part of their daily routines. Plus, 51% of this group use Snapchat roughly 11 times each day.

While Snapchat is known for its popularity with teens, its market penetration is starting to hit young adults and older generations as well.

Snapchat is a viable marketing channel if your current target market falls anywhere between the ages of 12 and 34. But keep an eye on these trends as older generations may continue adapting to this platform.

In Q4 of 2017, Snapchat hit 187 million active daily users. The platform has seen more than an 18% growth rate in terms of daily users in the last year.

There is no sign of a slow down, and I expect these marketing trends to continue in the future.

What exactly does this mean for your business?

It’s great news. You now have another viable marketing channel to engage with your customers.

But this may be intimidating or confusing if you’ve never used Snapchat before and don’t know how to apply it to your business.

Fortunately, you’re in luck. I’ll show you the top 15 ways to use Snapchat for your business.

Once you’ve created a Snapchat account, you need to make sure it’s active. The best way to approach this is by adding content to your story on a daily basis.

Anything you post on Snapchat will disappear after 24 hours. Posting content often will keep your brand fresh in the minds of your followers.

That’s because people will skip over your posts. Depending on how many people a user follows on Snapchat, they’ll have lots of stories to view each day.

But that doesn’t mean they are going to watch every single post in its entirety.

According to a study conducted by Snaplytics, engagement drops by 36% once users reach the fourth snap of a story. They also discovered that roughly 80% of your followers will see your post about 4 or 5 hours after it’s been added to your story.

What does this mean for you?

Based on these numbers, I’d recommend updating your Snapchat story about three times per day, every four or five hours.

This will help keep your engagement high and prevent your followers from skipping over your content.

For your Snapchat strategy to be successful, you need followers.

Rather than trying to conjure up followers out of thin air, try to target users following your business accounts on other platforms.

Look at how People Magazine uses this strategy in their Instagram bio:

This is really important for you, especially if you just created a Snapchat account for your company. Nobody’ll know you have an account unless you tell them.

The more channels you promote it on, the greater the chance of getting more followers you’ll have.

People love to use Snapchat filters and lenses.

It’s estimated that sponsored filters are seen by 16 million users each day. These filters are a way for people to take creative photos.

Snapchat has plenty of them built directly into their platform. Instead of posting a basic selfie, users can make the image black and white, apply a filter to make their eyes abnormally large, or make their nose disappear.

Some filters for video snaps can even change the pitch of your voice.

All of these were created to make users have more fun. They’ll send a snap to their friends with one of these filters because it’s entertaining and often humorous.

But now businesses can create a sponsored filter as well. Gatorade used this strategy during Super Bowl 50, and it turned into one of the most successful Snapchat campaigns on record.

If you’ve ever watched the Super Bowl, you know it’s tradition for the winning coach to get Gatorade dumped on his head by the players. So Gatorade created a sponsored filter during the game that would simulate Gatorade getting dumped on the user’s head.

The filter had more than 165 million views and increased their purchase intent by 8%.

Here’s another example from Taco Bell to show you what these filters look like:

As you can see, the filters themselves are silly, but they create brand awareness and help you create engagement.

The only problem with this strategy is that it’s expensive. If you want to create a filter during a holiday or special event, such as the Super Bowl, you have to be ready to dish out between $100,000 and $750,000.

That cost will keep your filter active for 24 hours. But if you can afford it, the return on your investment can be huge.

The Taco Bell filter above was viewed 224 million times. The average user spent 24 seconds playing with the lens before sharing it with friends.

Another great way to get more followers and increase engagement is through social proof.

Celebrities and other influencers already have a steady following on social media. Take advantage of that.

If you allow someone else to take over your Snapchat account, you can expose…

Keyboard vs. Pen: What’s the Best Way to Take Notes? 0

Branding Boot Camp: How to Develop Your Brand Strategy 0