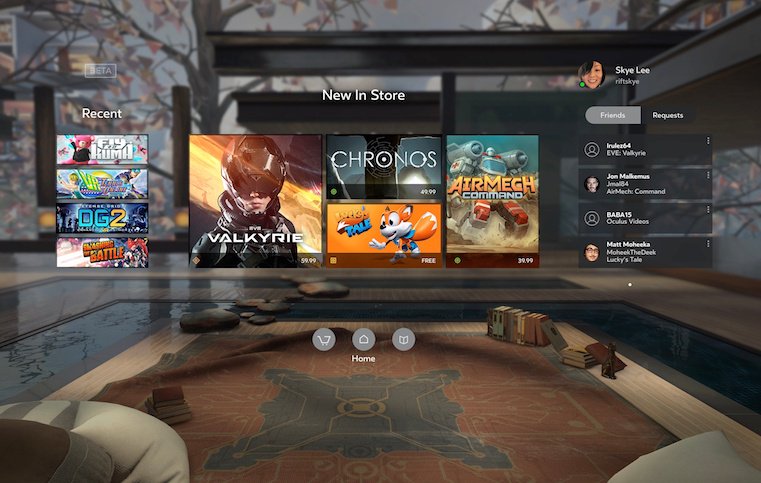 Tomorrow marks the beginning of the fifth annual Oculus Connect: Facebook's annual virtual reality (VR) conference. At last year's Oculus Connect, the opening keynote pointed to workplace use cases for VR, such as virtual meetings and offices. This year, I'm curious -- and believe it could be possible to see more business use cases, in which multiple units of Oculus headsets have been ordered and used by businesses to help with things like workplace training. More Education Use Cases Similar to workplace and B2B use cases, I'm eager to see more ways to leverage VR technology within classrooms. Integration With Portal, Facebook's Smart Speaker Facebook originally planned to unveil its video smart speaker -- said to be named Portal -- at F8 in May. So, what would an integration of a video smart speaker with VR technology look like? After all, virtual reality isn't for everyone -- headsets have been known to cause nausea among some users (yours truly, included), and some simply don't want to pay for the hardware. We'll see if we hear about it at this week's events. Google, for its part, recently announced an integration of AR features into its own Daydream VR headsets, and Microsoft already makes its HoloLens headset to combine AR with VR (creating what is known as a "mixed reality headset"). So, is Facebook next?

Facebook acquired Oculus, a maker of VR hardware like headsets, as well as certain programs that pair with it, in 2014. Some have argued that the investment has yet to show any truly measurable return for Facebook, perhaps because of VR’s slow path to going mainstream.

But at Oculus Connect, we’re encouraged to dream big. At last year’s opening keynote, Facebook CEO Mark Zuckerberg announced his goal to have one billion people using VR — by when, however, wasn’t quite as clear.

But in order to do that, VR needs to become both more accessible and affordable, the latter of which the company has addressed by way of its less expensive $199 Oculus Go headset.

What’s next, then, on Facebook’s path to take VR mainstream, and get it into the hands of one billion people?

We have a few ideas. Here are five predictions we have for Oculus Connect.

Note: These are purely predictions that are not based on any information from Facebook or Oculus.

At Facebook’s annual F8 developer conference this year, Mark Zuckerberg announced that the company would build a native dating app within Facebook.

Earlier this month, that app was unveiled for testing in Colombia. Some of the key features: the ability to see which events your potential matches might be attending or common interests you share, and finding a place to meet as a result. (Of course, there are privacy issues associated with that — but that’s another story.)

One way to create more use cases for VR — Oculus headsets specifically — is to merge them with features already available within Facebook. Dating could be one such use case if it’s integrated with Oculus Venues: an app that allows users to experience live events (like sports games or concerts) in VR, and interact with other users who are tuning it.

Pairing Facebook for dating with Oculus Venues could be one way to help potential matches get to know each other: by creating virtual first dates within Venues to help break the ice and see if they want to meet in-person.

At last year’s Oculus Connect, the opening keynote pointed to workplace use cases for VR, such as virtual meetings and offices.

Workplace training, however, didn’t come up quite as much — but there have been other business use cases for VR, such as those from Tobii Pro, which pairs VR with eye-tracking technology to help retailers learn where a shopper pays the most visual attention and plan store layout accordingly.

Walmart, for its part, is slated to ship 17,000 Oculus Go headsets to its stores, to provide every employee with access to the VR training. This year, I’m curious — and believe it could be possible to see more business use cases, in which multiple units of Oculus headsets have been ordered and used by businesses to help with things like workplace training.

Hilton, Melia, Expedia and AM Resorts Bet on Social and Video Marketing 0