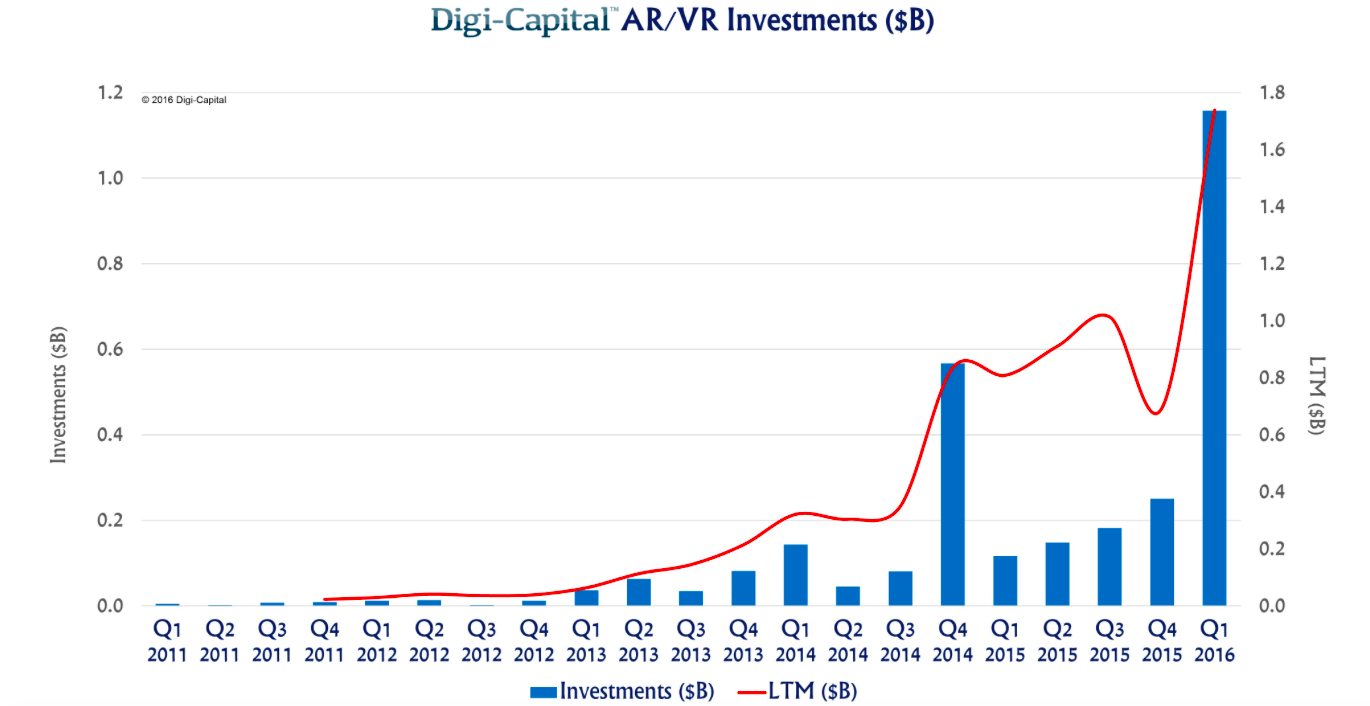 Are Brands Wasting Their Money on Virtual Reality?

Author: Craig Davis / Source: The Content Strategist A few weeks back, I had the opportunity to (sort of) live out my fantasy of being an

7 Online Marketing Trends That Will Dominate 2017
US Lags Behind Other Countries in Plans to Add Most Marketing Tech Tools
MarTech in 2017: Five Predictions and Expectations

A few weeks back, I had the opportunity to (sort of) live out my fantasy of being an NFL quarterback. While attending Social Media Week NY, I spotted a virtual reality (VR) football game: My time to become Tom Brady had finally arrived. I strapped on the headset I pretended was a helmet, put my hands through a pair of strangely shaped controllers, and stepped into the virtual huddle to command my team to victory.

One touchdown pass and many incompletions later, I re-entered reality with ambivalence. The game was fun, but unnatural. Due to the motion sensors’ limitations, it felt like I was throwing darts, not a football. Still, despite its flaws, the potential was exciting.

Whenever you read about virtual reality, that word—“potential”—comes up a lot. Companies are clearly enthused about where the VR industry is headed; according to advisory company Digi-Capital, VC firms supplied almost $1.2 billion to virtual and augmented reality (AR) brands in the first quarter of 2016. That’s 25 times the amount of two years prior.

But at this stage of virtual reality’s evolution, is the technology a smart choice for brands looking for an immediate return on investment? Maybe not.

Jeremy Bailenson, a professor of communication at Stanford and the founder and director of Virtual Human Interaction Lab, is not among those expecting VR to transform branded entertainment overnight. At the most basic level, the cost renders it a luxury many brands can’t afford.

“Movies only have to account for the small window of space where you point the camera,” Bailenson told Slate. “Video games are not infinite. But VR has to work from any distance, any angle, all the time, so the cost of making content is astronomical.”

Unlike traditional storytelling formats with a single narrative for the audience to follow, VR puts the viewer in control. The immersive experience allows you to take in multiple arcs at the same time, which makes the job of the producer that much harder.

“It’s a fundamental shift in how stories are told,” said Ji Lee, creative lead at Facebook, during a VaynerMedia-hosted Social Media Week presentation. “You’re swapping linear for 360-degree, spherical, multidimensional storytelling. And the user has a new role as participant.”

In Lee’s mind, there are two major hurdles currently holding back virtual reality: scalability and content. Despite mainstream devices like the Samsung Gear VR and Oculus Rift, the technology still lacks widespread adoption. And even for customers who can afford VR, the library of content is limited. Plus, much of what exists so far makes for a great initial viewing experience, but loses its “wow” factor thereafter.

“When the iPhone first came out, there was a lot of utility to the apps. You’d go back and use them over and over,” said Zoey Taylor, business development at Framestore VR Studio. “With VR, you might put on a headset and use it for ten minutes in the morning, but people need a reason for repeated usage throughout the day.”

Even with multiple narratives at play, you’re not going to watch the same VR piece ad nauseum. And worse, much of the public isn’t yet able to appreciate the wonders of VR at all.

“In the early days, people could read reviews, but they couldn’t experience it themselves,” said Christine Cattano, global head of VR, executive producer at Framestore. “The press would cover it, there would be good buzz, but…