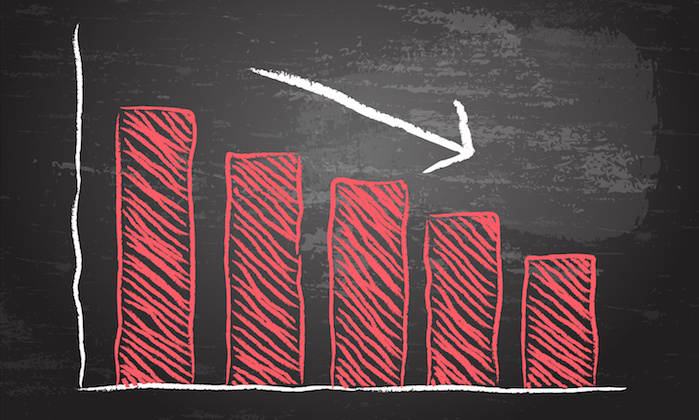 Source: Neil Patel If you’ve ever done SEO, you know how good it feels to see your rankings go up. You put a ton of hard work into moving up in the

5 Actionable Tips to Update Your SEO Strategy Right Now
How to Get Started With Paid Search [Free Guide]
Local SEO Spam Tactics Are Working: How You Can Fight Back

If you’ve ever done SEO, you know how good it feels to see your rankings go up.

You put a ton of hard work into moving up in the SERPs and it finally pays off.

But then the unexpected happens. Your rankings drop.

Few things in SEO are more discouraging than a fall in the rankings. It makes you feel like everything you did was useless.

You wonder what went wrong or if you made a mistake. You beat yourself up for not doing it right.

You’re back to square one again, and you have to start all over.

In my experience, that’s not always the case.

My rankings have dropped more times than I can count. At first, I panicked.

As I learned more, I found out that it’s not the end of the world if you go down a position or two. It’s obviously not ideal, but there’s a lot you can do to fix it.

That’s what I’m going to show you today. Even if your rankings are where you want them to be, you need to be aware of how to bring them back up if (or when) they drop.

Learn the exact steps I used to increase my search engine rankings and generate over 190,000 visitors a month from Google.

Before you take action to raise your rankings, you need to get some hard data about your ranking drop.

First, you need to figure out just how far you’ve dropped. (And if you’re not regularly checking your ranking, you need to do that.)

I’ll use one of my articles as an example. (This article didn’t lose ranking, but we’ll pretend that it did for argument’s sake.)

The keyword we’ll look at is “long form content.”

As of this writing, a Google search shows that my article is apparently at position 5.

I need to focus on the first four:

The goal is to figure out why my page is ranking lower than these ones.

But you can’t blindly trust a Google search. Instead, use a tool like serps.com to get empirical data about your current ranking.

Enter the keyword you’ve lost ranking for and enter the relevant URL that’s dropped in position.

You can also choose to check rankings for desktop or mobile. This is important since mobile results might look different from desktop results.

Hit “Go!” and the tool will do its thing. After a few seconds, you’ll see the result:

Compare this to your last ranking and make sure the new ranking is actually lower than the previous one.

This shows that my actual ranking is position 4, not 5. That means the Google search was off.

So now I know I only need to worry about the top 3 results.

You should also check how much traffic has come to your site over the past few days. If you see a drop, then you probably did lose some ranking.

If you’re pretty sure you have suffered a drop, go back and do a quick Google search for your keyword. See what sites are above you.

There could be several reasons why, and I’ll address each one separately.

Did you get penalized?

In the majority of cases, a penalty could be the reason behind a drop in ranking.

Most webmasters don’t think their sites have any flaws worthy of a penalty. But in reality, there are lots of reasons why your site could deserve a penalty.

Read through this list and ask yourself if your site is guilty of any of these SEO sins.

If so, identify the problems and take steps to fix them.

Even if you haven’t done anything on that list, you could still have gotten a penalty.

Google’s algorithms are updated frequently, and they’re incredibly complex. They take hundreds of factors into account when considering ranking.

It’s important to understand the types of penalties: manual and algorithmic.

Manual penalties are given out by Google’s webspam team when they get alerted of suspicious activity.

This could be the result of having unnatural links, or someone could have filed a spam report against you.

If you’ve received a manual penalty, you should have gotten a notification in Google Webmaster Tools.

Here’s an example of a message about unnatural links:

The other type of penalty is an algorithmic penalty.

These penalties are harder to track because there’s no definitive way of knowing you received one.

To determine if you’ve gotten an algorithmic penalty, you have to understand how Google’s algorithms work.

Here’s a list of some of Google’s most important algorithms along with some explanations of what they do.

If you find that you’re doing something an algorithm doesn’t like, there’s a good chance you’ve gotten a penalty.

But you also have to think about new penalties. If your rankings dropped randomly, check Moz’s handy directory of Google’s algorithm updates to see if there’s a new one at work.

A new algorithm could be the reason why you’re seeing lower rankings. If that happens, research the algorithm and find out what it’s penalizing.

One cool way to keep track of new penalties (and a bunch of other Google-related stuff) is to follow Gary Illyes, John Mueller, and Google Webmasters on Twitter.

Gary and John, in particular, give out a ton of awesome advice, and you can often find them talking with other Twitter users.

You can even ask them a question directly and get it answered.

I bet you’ve been asking a question this whole time: “If I do have a penalty, what do I do?”

It’s simple. You just need to remove or fix whatever’s causing you to get the penalty. Consult this Kissmetrics article on solutions for common penalties.

That said, the reason you got a penalty might actually be one of the problems I’ll talk about in this article.

4 Ways Being an Entrepreneur Has Changed Me 0

Why Marketers Should Spend More Time Spying on Their Competition 0