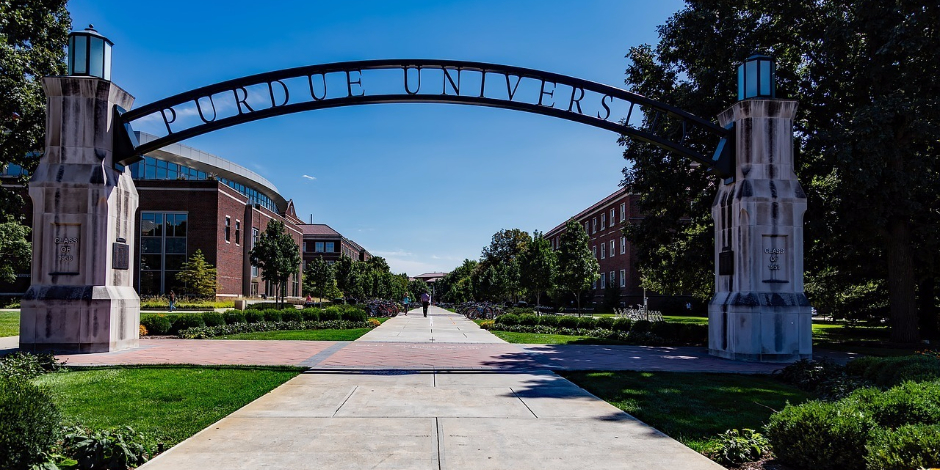 Q&A with Purdue University Purdue’s Day of Giving Campaign is a fundraising campaign that you run every year. And so we created Purdue Day of Giving, which targets the whole Purdue community on the day. What are some big changes on social from 2016 to now? We’ve added social platforms each year. Since then we’ve added Twitter, Instagram, and we do a little bit on LinkedIn as well. And our primary goal with that was to raise awareness with students, though anyone following Purdue’s Snapchat channel could participate. How did experimenting with some new platforms, like Snapchat, and doing new things on Instagram, contribute to success this year? We feel that Snapchat and Instagram really helped us raise awareness for the day, especially on campus, and everyone seemed to have a lot of fun. Did you find that increasing the number of challenges to 33 hourly challenges and increasing the number of networks also helped to amplify that reach and contribute to the big bump in the amount that you fundraised? Each year we’ve shifted more of those resources away from awareness and education in the weeks leading up to the big day to spending more money on the day itself, so we can let people know that Purdue Day of Giving is here.

Attributing revenue to social media is a big challenge for businesses, but Purdue University may have cracked the code with their annual fundraising campaign.

In 2017 they raised $28.2 million in single day—$10 million more than their single-day campaign in 2016. They also increased support from international donors by 87 percent.

In this episode of the Hootcast podcast, we chat with Steve Schlenk, who is the director of philanthropic communications for Purdue University’s development office, and Kate Jolly, director of digital fundraising at the Purdue Research Foundation.

In this podcast, Schlenk and Jolly tell us about:

Press play to hear the show in its entirety, or if you don’t have a set of earbuds handy, read the transcription of our conversation below.

Purdue’s Day of Giving Campaign is a fundraising campaign that you run every year. Where did it come from and what is it about?

Day of Giving started in 2014. It began as an initiative from our vice president. He asked us with coming up with a way to garner new donors for the fiscal year.

We thought ‘why not go big or go home?’. And so we created Purdue Day of Giving, which targets the whole Purdue community on the day.

You’ve had some big year-over-year improvements. Last year you raised $18.3 million and this year you raised $28.2 million, and you had an 87% increase in international donations. What are some big changes on social from 2016 to now?

We’ve added social platforms each year. In our first year we only focused on Facebook. Since then we’ve added Twitter, Instagram, and we do a little bit on LinkedIn as well. But this year we added Snapchat, where we had three days of scavenger hunts for some very desirable prizes. And our primary goal with that was to raise awareness with students, though anyone following Purdue’s Snapchat channel could participate.

We also launched a series of user-generated content challenges in the week leading up to the day where we invited our colleges and schools and programs and other units across campus, as well as individuals, to share Purdue Day of Giving-themed images and videos.

We also continued with our video sharing challenge, which awards bonus dollars to the campus units who have had the most shares of our Purdue Day of Giving video, which is a piece create each year to help promote the day.

Our social team was particularly interested in the Snapchat scavenger hunt and the leader board challenges that you guys did. They thought that was really cool. Do you think you could dive into that a little bit and walk us through what that looked like?

This year we held our very first Snapchat scavenger hunt to promote Purdue Day of Giving. We had multiple opportunities for participants to win throughout a three-day period leading up to the big day, and we learned a lot. We’ve got a few tips and tricks for anyone who wants to try it.

First off, plan ahead, and secure desirable prizes and show…

Loading...
Newer Post
Need a Q4 Quota Boost? Better Push The Big Green Button
Older Post
Why Live Video is a Must and How to Get Started

Does Your Company Image Need a Refresh? What to Do When It’s Time to Rebrand 0

What Makes a Great Whitepaper? 0