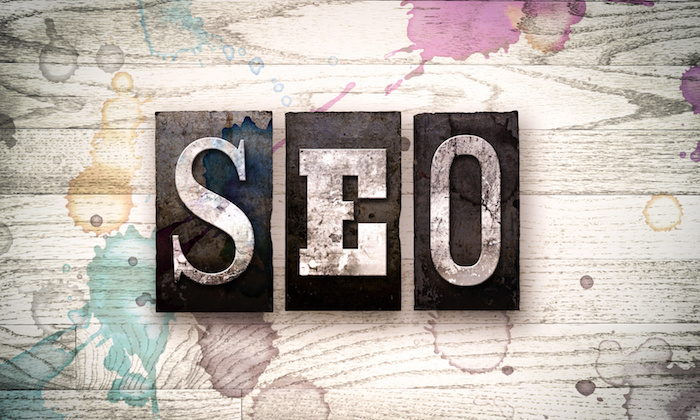 Source: Neil Patel Ask any marketer what the #1 goal of SEO is, and they’ll probably tell you it’s to get to position #1 on the first search engine

Ask any marketer what the #1 goal of SEO is, and they’ll probably tell you it’s to get to position #1 on the first search engine results page (SERP).

And, yes, it makes sense.

The whole first SERP is prime real estate, but position 1 is especially valuable.

The data backs it up. When you get position one, your CTR is going to be at least 200% higher than the closest runner up, position 2!

Of course, there are lots of roadblocks in the way of actually getting this spot. There’s a lot more than meets the eye.

For example, you can’t just think about ranking for certain keywords and getting authority backlinks––you have to think about tons of other factors that influence ranking.

One of those factors is Domain Authority (DA).

DA is a ranking metric developed by Moz that predicts how well a site will rank. It’s one of the industry standards we use when we talk about SEO and ranking on the SERPs.

DA is measured on a scale of 1 to 100. The closer you are to 100, the more traffic and better ranking you’ll have.

But––you guessed it––a low DA can result in huge losses of traffic and ranking. That’s why it’s important to have a good DA.

I see lots of people having trouble changing their DA, and that’s because it’s somewhat of a long-term process. You can’t just make a couple of changes and expect your DA to skyrocket.

However, there are actionable steps you can take to improve your DA. It won’t happen overnight, but it’ll happen faster than you think.

I’ve put together this plan that helped one of my clients increase their DA by 5 points in just 2 weeks. Take it from me. This plan works.

If they could do it, you can too.

Before you do anything about your DA, you need to understand what elements affect DA.

But even before that, you need to find out what your site’s DA is.

Moz, who created DA, has a free tool called Open Site Explorer (OSE) that you can use to check your DA.

Head over to moz.com/researchtools/ose. You’ll see a page with a search bar in the middle:

Enter your site URL into the search bar.

Your DA will be listed underneath the “Authority” heading:

I’d say most DAs hover around the 40–60 mark, roughly speaking. But that range is for sites that have spent some time building authority, backlinks, and traffic. Brand new sites will have a smaller DA.

My friend Mike as a site that is only a few years old. The DA for that site is now at 41.

Don’t get discouraged if your DA is low! No matter what your DA is, you can take steps to increase it.

Today, the DA for Quicksprout (one of my other blogs) is at 77. But it took me eleven years, and hundreds of thousands of links to get to that level.

This takes time, for reasons which you’ll soon understand. Thankfully, there are some ways to level up quickly.

Next, let’s take a look at what exactly makes up DA.

Moz has an entire page dedicated to DA:

Unfortunately, DA is hard to define in a specific way. Moz just says that it’s “based on data from the Mozscape web index.”

In other words, they have a trade secret algorithm (like Google does) that determines DA.

However, Moz does name a few of the factors:

Unsurprisingly, 2 out of the 3 are based on Moz’s proprietary systems.

They also say that there are over 40 factors that are used to figure out DA. So improving DA isn’t as simple as improving a few of your metrics.

Moz does provide a little hint for improving DA:

There’s actually a huge chunk of valuable information in that last sentence.

Something else you have to think about: Since Moz, like Google, uses a ton of factors in their algorithm, you need to see DA improvement as an SEO best practice.

Thinking about your DA should be part of your overall SEO strategy.

I think this is where lots of people get it wrong. They see DA as something isolated, when it’s really part of SEO as a whole.

For example, here’s a graph from SEO Siren that breaks up DA into component parts:

(Note: This graph represents SEO Siren’s thoughts on what makes up DA.)

The point is that DA is the sum of several parts, and you need to focus on all the parts if you want to improve your DA.

It’s important to know that the domain authority scale is logarithmic.

What the heck does logarithmic mean?

What does this mean practically?

We score Domain Authority on a 100-point, logarithmic scale. Thus, it’s significantly easier to grow your score from 20 to 30 than it is to grow from 70 to 80.

Why? Because moving the scale by just one point at such a high level takes exponentially more effort, time, backlink juice, and whatever else goes into Moz’s algorithm.

So with all of that in mind, let’s look at some different strategies for getting your DA up.

If you want a great DA ranking, you’re going to have to focus on maintaining a healthy link profile.

Simply put, your link profile is all of the backlinks your site has earned.

Google likes link profiles that have lots of variety, as that means the link profile is question is authoritative, and that’s a sign of a good, trustworthy site.

But Google also likes link profiles that are healthy. In a nutshell, a “healthy” link profile is one that follows Google’s guidelines.

There are some link strategies that will get your site penalized and make your link profile unhealthy.

Google calls these “link schemes.” They’re non-organic methods of getting backlinks, which is frowned upon.

I’m willing to bet you have more than a few links that fall the category of link schemes. And that’s okay––no site is perfect.

But you should remove them (at least, most of them) if you want search engines to see your site as an authority.

Trust me, there are much better and safer ways to get great backlinks.

And frankly, if you do engage in a link scheme,…

Loading...
Newer Post
Why Everyone Can Use Randi Zuckerberg’s Number One Focus Tip
Older Post
Diversifying Ad Spend: Why Mobile Marketers Need Both David and Goliath

So, You Think You’re a Cannabis Industry Thought Leader? 0

How To Navigate the Murky Waters of Cannabis Marketing 0