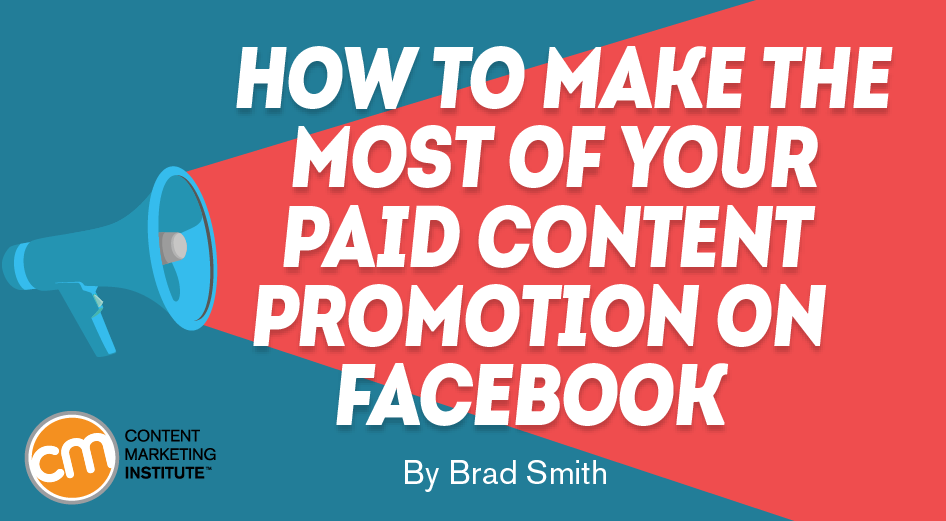 Some campaigns are designed to get attention (like the content promotion campaigns we’re talking about here). In other words, you can take your small, “warm” audience that numbers in the hundreds or thousands and use it to create a warm-ish audience in the millions. We used the data to create a look-alike audience with a size of 1% based on the original list (plus a few more look-alikes for site visits and Facebook post engagements) to bring our new audience sizes into the low 2 millions. Here’s a real example where we tested: A custom, designer-created image A standard ‘featured’ blog post image most people use for top-of-funnel content ads And a short, illustrated video Which won? In one test, the custom image won out, coming in at less than 50 cents per click ($0.43.9/CPC). Then, retarget those people on better placements for opt-ins and conversions. That cost might be acceptable when you’re driving leads. But for content promotion? The better your content, the less you’ll pay to promote it. The resulting CPC ranged from 17 cents to 82 cents: The promoted content included a long-tail keyword post (B2B marketing ideas), an in-depth case study (content writing services), and a first-person, contrarian post.

How to Leverage User-Generated Content in Your Marketing Strategy
Marketing Tracking Tools: Brands Seen, Heard on TV Can Now Be Tracked Real-Time
The Social Media Analytics Showdown: What You Can Track and How

In the past five years, Facebook’s organic reach has declined significantly – 2016 alone saw a 52% drop.

Facebook Pages with over 500,000 “likes” have an average organic reach of 2% or less for each post, according to research from Social@Ogilvy reported by HubSpot.

Similar declines are happening with Instagram organic reach, too.

Given that social content promotion is now pay-to-play, here’s how to do it to get the best bang for your buck.

Competition doesn’t directly dictate pricing on AdWords. The ad quality score does. The same thing plays out on Facebook, where studies from AdEspresso have found that higher relevance scores translate to lower costs per click.

The key to reducing costs (without sabotaging goals) is to make sure each campaign is optimized appropriately.

Consider the many variables in a campaign that can make or break success, including:

The key to success (i.e., the best-quality clicks for the least amount of dough) is message match.

For instance, a new, cold audience will have no idea who you are or why you matter. Trying to shove an e-book opt-in down their throats won’t work. Instead, you should match your pitch to their level of readiness, offering an easily digestible resource they just need to watch or click.

Get one of those variables wrong and you’ll pay (in higher cost per clicks, visits, and leads). All else being equal, even a generic vs. look-alike audience can make or break your campaign’s costs (because the latter gives you a slightly more targeted audience).

Paying 47.7 cents per click to promote content isn’t terrible per se. But only paying 12.5 cents for the same exact campaign (74% less) sounds a helluva lot better.

Multiply those cost savings across your funnel and we’re talking night vs. day. Here’s what it looks like when you spend $1,000 on those two campaigns above (4 times difference):

2. Prioritize audience-building in the early days

Unfortunately, small or new brands don’t have this luxury. Most B2B brands don’t, either. That means for everyone else, top priority goes to audience-building first, before they ever try to convert a single lead.

The silver lining? You can use whatever contacts you’ve got (customer emails, newsletter subscribers, etc.) to your email list and create a look-alike audience based on that. In other words, you can take your small, “warm” audience that numbers in the hundreds or thousands and use it to create a warm-ish audience in the millions.

My company paid a contractor to compile a spreadsheet of contact information for our primary personas (in our target vertical).

But this list only had around 2,000 people – not enough for a campaign. We used the data to create a look-alike audience with a size of 1% based on the original list (plus a few more look-alikes for site visits and Facebook post engagements) to bring our new audience sizes into the low 2 millions. A “1%” audience size relates to the percentage of the country population. You can go up to 10%, but 1% will include those who most closely match the original audience.

This few-thousand-dollar investment gave us a few million, U.S.-based potential leads for a top-of-the-funnel audience.

Creating look-alike audiences solves the problem of reaching enough people. The new challenge is to develop their interest in your content promotion.

6 Ways to Significantly Boost Your Sales With Digital Influencers 0

People Ask Their Most Pressing SEO Questions — Our Experts Answer 0