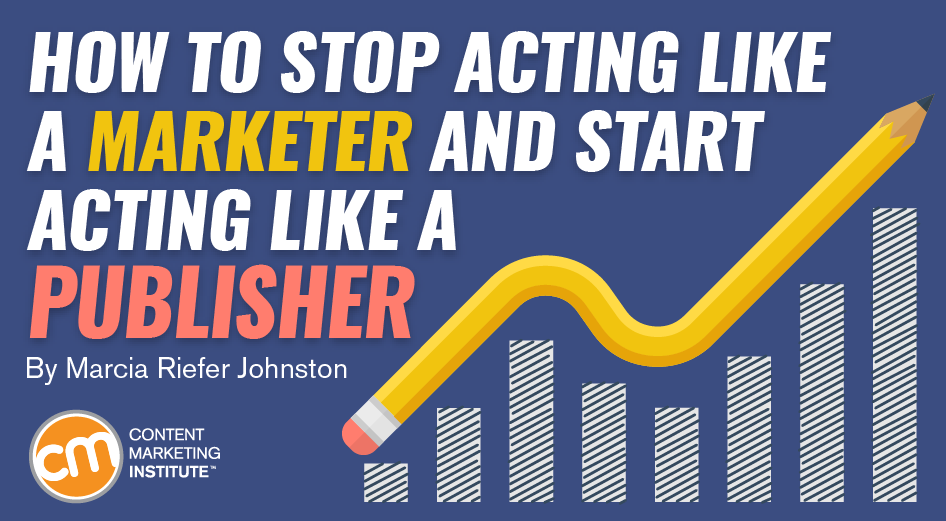 iQ by Intel may not sell those emergency buttons, the bee-like drones, or any of the other tech-driven creations it covers. Without building a loyal audience, iQ’s editorial team couldn’t hope to achieve what they’ve set out to do. It moved from outsourcing to insourcing, from reaching audiences to retaining them, from single posts to series, and from a traditional marketing model to a publishing model. Today, the iQ team follows a push-pull distribution model. “Just because you build it doesn’t mean that people will come,” Deb says. Pull them in to your own sites and your own infrastructure, and then convert them into email subscribers, harvest more data, get smarter about what kind of content they want to consume.” The focus for iQ has shifted from reaching audiences to retaining audiences. Insource your content Whereas marketers typically outsource publishing to agencies and consultants, media companies hire and cultivate in-house journalists and content creators. “Unless you break through the noise and tell stories that only your brand can tell,” Luke says, “you’re never going to make an impact.” The iQ team discovered one way to appeal to a unique audience is to go in depth with the stories and create serialized content. The iQ team “decided to stop trying to prove ROI and think more like a publisher,” Deb says. As marketers, Luke says, think big about how to productize content in a way that will “naturally drive interest and demand for the products we sell.” This approach can be a hard sell to upper management, who want to “see the sales, the shopping carts, all those conversions.” To treat content as a product, you must know the difference between a thing and a story.

How to Write a Style Guide for Your Brand
Grassroots Marketing: How to Grow Your Brand Organically With Captivating Content
How to Advertise on Instagram: A Guide for Marketers

“Wow! Check out what technology is making possible!”

If Intel’s digital magazine iQ could speak, that’s what it would say. One article, for example, describes an emergency button that outdoor adventurers can attach to their clothing. Another describes a tiny drone that may someday help pollinate plants.

iQ by Intel may not sell those emergency buttons, the bee-like drones, or any of the other tech-driven creations it covers. And it doesn’t directly promote Intel; the only place you see the tech giant’s name is in a logo so small you can’t read it, and in quotes from the company’s experts. iQ simply tells fascinating story after fascinating story of technology in the world.

I discovered iQ while writing this post. It didn’t take long for me to sign up. And that, I realized, is how the media model – the very thing discussed here – works.

Today’s savvy content marketers are at least eyeing if not yet adopting the business model established by media organizations. In this model, content has one main job: to build a loyal audience of subscribers. We hear about it all the time.

But how do traditional marketers make the switch? How do we evolve from seeing content as sales collateral to acting like publishers?

Start by studying iQ’s five-year evolution as the iQ team replaced its marketing mindset with a publishing one.

The evolution of iQ by Intel

Since its 2012 launch, iQ has become a full-fledged media property. Without building a loyal audience, iQ’s editorial team couldn’t hope to achieve what they’ve set out to do. And what have they set out to do? Nothing short of spreading an understanding of Intel’s view of “technology’s role in all parts of the world, not just in a tech category.”

“Content allows us to build that influence,” says Luke.

This diagram from Luke and Deb’s presentation shows how the iQ team’s focus has evolved.

Intel launched iQ as an “employee-driven curation engine,” a blog that mostly sent readers from the Intel site to other people’s content sites. In other words, iQ at first was “not intended to be a destination.”

Over time, the team made choices that advanced its practices. It moved from outsourcing to insourcing, from reaching audiences to retaining them, from single posts to series, and from a traditional marketing model to a publishing model.

For more on each of these traits, see the sections below.

1. Own your audiences and data

Like many companies, Intel learned the hard way that third-party platforms “are a place to harvest an audience, not build it,” as Luke puts it. Intel “invested a lot of money to build up our fan base to 25 or 30 million,” only to discover that its organic reach was a puny portion of that total: 2,500 or so.

“Mark Zuckerberg is your landlord,” Luke says, referring to Facebook’s control of its audience. “He will change your rental agreement when he wants, and you can’t do much about it.”

Today, the iQ team follows a push-pull distribution model. “Just because you build it doesn’t mean that people will come,” Deb says.

How to Effectively Manage Engagement for Stronger Influence 0

Why the ‘Pivot to Video’ Is Dangerous for Publishers 0