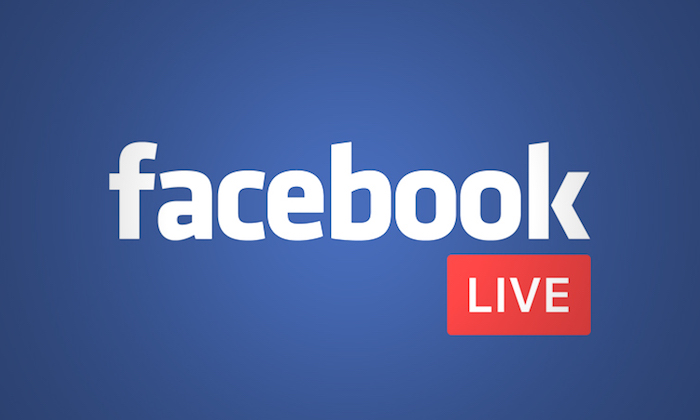 How to Use Facebook Live to Grow Your Brand

I’ve done a few live streams myself. What is Facebook Live? While Facebook is a popular social network, it still has competition from YouTube. Facebook Live is a feature within Facebook allowing you to post live videos to your personal or brand page. Although the platform and its users are still exploring what works and what doesn’t, there have been successes. These 5 brands are seeing Facebook Live success 1. But that’s not necessary for Facebook Live. Mark Zuckerberg made it easy for anyone to live stream on Facebook just by clicking “Live Video” on your post. This type of audience engagement is important for your Facebook Live videos to be successful. Some brands have already shown it can be effective for marketing, brand awareness, and even direct sales.

Facebook Live is a force to be reckoned with.

I’ve done a few live streams myself. One was a discussion of behavioral marketing with Ryan Urban and BounceX.

I have to admit that I was a little nervous the first time I did it.

Live video can be scary!

Live streaming video is the latest trend and a sign of the direction we’re moving.

Since its launch in April 2016, Facebook Live rose to overtake YouTube as the #1 video streaming service on the Internet!

Other live stream platforms are competing for this spot as well, but I’m focusing on Facebook Live because of its sheer scale.

Facebook has 2 billion monthly users as of June 2017. That’s more than any other social network.

And that makes it a great platform to advertise on.

Not only can you reach this valuable audience, but you can engage in real time conversations with them.

It’s not going to be easy. You’ll need to create valuable content that appeals to your audience.

A recent study of social media habits found the average person will spend five years of their lives on social media. That’s crazy to think about!

Users spend an average of 35 minutes per day on Facebook alone, and brands are expected to spend almost $36 billion on social media marketing in 2017.

With this much time, money, and other valuable resources being spent, we’re going to need to explore how to do it effectively.

Are you ready for the challenge?

Let’s start with some background on what Facebook Live actually is and how it came to be.

A decade ago, nobody would have assumed these sites had much in common. To communicate on YouTube, you need to pre-record response videos.

It’s like a turn-based game versus a real-time game. But it’s still a popular social network.

In fact, teens use YouTube more than Gmail, Skype, or any other social network or platform.

This post-Millennial generation values the connectivity, community, and creativity available on the YouTube platform.

They grew up watching PewDiePie instead of Saturday morning cartoons.

Facebook Live can reach teens, but it’s an even better place to reach their parents and grandparents.

The company is hoping it’ll bridge the gap and bring social media into the video age. It allows anyone to live stream what’s happening in their lives to the entire world.

It’s also a great way for brands to increase engagement on their pages.

And it seems to be working.

When you click the link, you’ll notice there’s no ad on the video. That’s not Facebook Live’s play. Yet.

It’s also filmed on a phone camera, not a fancy 4K DSLR with studio microphones like many popular YouTube channels.
That didn’t hold back its effectiveness!

Kohl’s sold out of the mask within two days of the video, so the brand rewarded Payne with $2,500 in gift cards and 10,000 rewards points.

What a great brand win for everyone!

Although the platform and its users are still exploring what works and what doesn’t, there have been successes.

While Hasbro and Kohls benefitted from Payne’s enthusiasm, it was because a customer marketed for the brand.

BuzzFeed is known for creating viral clickbait content, and the brand has been experiencing some great numbers on Facebook Live’s platform.

One of their live streams had viewers waiting anxiously for nearly 45 minutes to learn how many rubber bands it takes to explode a watermelon.

10 million of those views happened within the first 5 days.

Not bad for a simple experiment.

The company set a high bar for Facebook Live with suspense, action, and a video longer than the average person spends on the site.

But BuzzFeed isn’t selling anything.

For a sales success, let’s look at a small business.

Now we move on to the latest social network marketing sensation.

They do so through exclusive Facebook parties held by its network of approximately 35,000 independent sales consultants.

While some consultants hold in-house parties locally, others choose to auction off items in the comments of Facebook Live videos.

Women attending Facebook Live parties sit and watch as a sales consultant shows each garment for sale one by one.

The company’s leggings are the most popular item, and rare patterns like solid black are known as unicorns. These are saved for the end.

In one evening, a user can scan several LuLaRoe live streamed parties for the items they want.

These tactics propelled LuLaRoe to become a billion dollar company. The brand even partnered with Disney for new prints.

The model is easily competitive with the best Facebook advertising campaigns I’ve seen.

Already one of the biggest publishers of video on Facebook’s platform, Tastemade doubled down on Facebook Live bringing several ideas to the format.

2017: The Year That Changed Everything in Online Video 0

How to Get More Followers on Instagram: A Guide to Earning Your First 1,000 Followers 0

What the Local Customer Service Ecosystem Looks Like in 2019 0