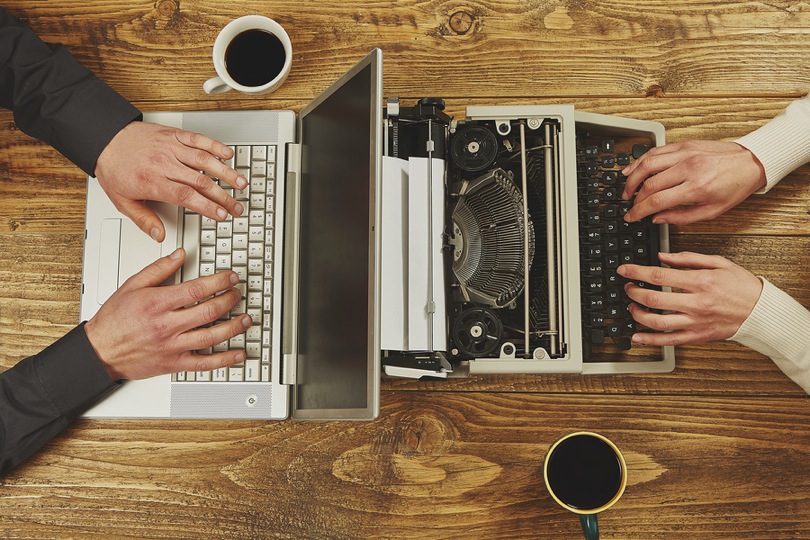 Is SEO Dead Or Is It Just Evolving?

Revolution not Evolution It could be argued that any argument to do with SEO is down to mere evolution. For the Google optimists out there, it could be argued that this policy of increasing opaqueness is partly the result of the company trying to stamp out bad SEO practice and make search better for everyone. One effect of Google’s colonization policy is to dramatically alter the search results pages and how users interact with them. Caption: Google has been changing and arguably colonizing the SERPs for years now and SEOs have had to react accordingly. Machine Learning and the Internet of Things Looking to the future, AI and machine learning will continue to radically alter the search environment. The influence machine learning is having on Google’s algorithm, notably through RankBrain and semantic search, shows its potential to understand how we interact across platforms and devices. As he puts it back in 2014: “Once enough people have smart devices in their homes, mobile and desktop will no longer be the only two SEO realms that marketers will need to worry about.” The predicted proliferation of IoT connected devices is certainly coming to fruition and this creates as many challenges as it does opportunities for the SEO industry. Machine learning may be changing the landscape, but it’s also having a detrimental effect on the level playing field, according to Rob Dana: “We may also have effectively eliminated positive ROI through increased SEO implementation. How to future-proof your SEO in an uncertain world Building an SEO strategy in these times of rapid change is a challenge for any digital marketer. Optimize app content.

Local SEO is Dying. Here’s 14 Ways to Resurrect It
Steal This Marketing Tactic From McDonald’s and Petco to Dramatically Increase Sales
How to Handle Digital Assets of the Deceased

“It’s like asking ‘Will high school kids stop wanting to be popular?’ or ‘Is marketing dead?’ The answer is always no.”

But saying SEO isn’t dead, doesn’t answer the question of why this idea is being banded around so much in the first place. It’s not enough to just say that SEO is evolving. From day one, Google’s algorithm has been evolving, but why all the commotion now? What is causing all this unprecedented hyperbole?

If SEO’s death is, in fact, a byword for rapid and unprecedented change, then a more pertinent question to ask might be ‘what has changed and why?’ A further examination of this might lead to another question – ‘are these changes the result of internal or external influences?’

In this article, I want to delve into the evolution of SEO and explore the why’s, the how’s, the when’s and the what next’s.

It could be argued that any argument to do with SEO is down to mere evolution. And yet, the term ‘evolution’ could be seen as misleading in this context.

Evolution implies a slow and steady change that is a natural reaction to shifting external influences. What we’re seeing is something more akin to a revolution and that’s something else entirely. Unlike evolution which is reactive, revolution is a proactive force, usually resulting from the build-up of discontent, culminating in a sudden backlash against the established status quo.

There are of course views that run counter to this. Writing for Forbes in April 2018, Rob Dana of ITA Group, summed up SEO’s twenty-year evolution in somewhat unequivocal terms:

“SEO epitomized the excitement that a new website instilled through its potential for higher incremental revenue. Google, in its hyper-efficient drive to deliver a high-quality product/service to its users, effectively killed that dream.”

In Dana’s view, SEO is in, or is approaching, a natural end state; what he refers to as “a stalemate chess game that cannot be won and can only be lost by the non-experts.” Google’s own mantra of serving up the best results for its users has effectively cut out so much of the competition from established niches for Dana to conclude that, “SEO isn’t completely dead, but it is on life support.”

And yet, the idea of SEO being healthy or not healthy is always based on a moral judgement. For those companies benefiting from the rapidly shifting search landscape (and there are plenty), SEO looks in better shape than ever. I’d also argue that many small companies can benefit from local SEO, without having to take on the big corporates in their industry. It is surely remiss to think that every company wants to take on the big corporates.

Besides, SEO has never been solely credited as putting the big brands of today where they are; traditional marketing and PR has always played more of a leading role in this respect. A dominant search presence in competitive industries is almost never the result of SEO strategy alone. This may have been the case fifteen years ago, but the fact it isn’t today doesn’t mean SEO is on life support.

The wider point here is that Google is not killing SEO but changing and obscuring its algorithm in such a way as to force it through a series of such fundamental behavioural shifts, that it is becoming almost unrecognizable from what it was before. These shifts are killing off old lazy offsite and onsite optimization practices, whilst forcing SEO to converge with other established disciplines such as content marketing, PR and social media.

So just how is Google changing the face of SEO and where will this end?

There are arguably two methods that Google has employed to fundamentally change the SEO landscape over the last five years or so.

One is through obfuscation, which has seen the search giant embark on a policy of making its search algorithm more opaque. One way it has done this is by withholding keyword data (a policy shift that dates back to 2014). Another is in it becoming increasingly ambiguous and evasive in its communications with the SEO community.

For the Google optimists out there, it could be argued that this policy of increasing opaqueness…

When Not to COPE With Your Web Images [Video] 0

Beware of Relying on Fake Social Media Followers. Ever Heard of ‘Shadowbanning’? 0