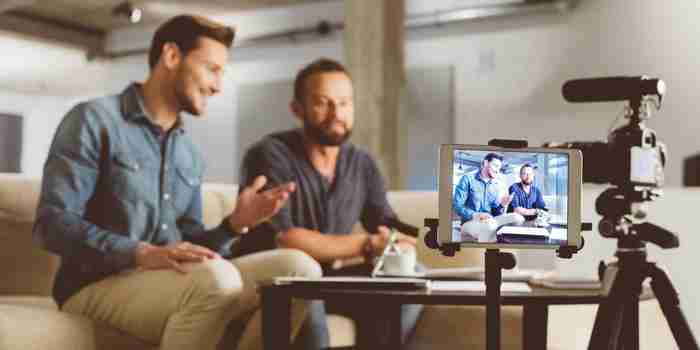 When was the last time you stopped to think about how truly astonishing technological innovation has been in the last 30 years? To innovate, companies need to stop scapegoating technology. It's no different with major agencies, whose leadership, too, focuses on business strategies of decades past. How often, at your own legacy company, have you complained about your company's tech infrastructure? Smaller companies with an agile mandate can adopt new technology faster. Related: Make Your Ads Works of Art, but Your Marketing Plan Needs to Be All Science The ultimate goal: great content In every agency's case, that goal should be content. When technology hinders creativity, the product suffers. Those executives would have had a point, but that's yet another example of legacy companies scapegoating technology. Imagine if a brand could produce variations of a single video, and beam those variations out to various targeted audiences. I expect I'll have honed the art of producing videos using the technology I just described by the time legacy agencies develop enough in-house infrastructure to produce 360 videos on their own.

There’s no reason to be afraid of new technology, as long as you’re committed to great content and innovative storytelling.

A few weeks ago, an old memory popped into my head. Suddenly thrust back into the mid-1980s, I saw myself in my childhood home, unboxing my family’s IBM PC Junior computer. I remember feeling awe-struck by the clay-colored plastic housing and chunky keys jutting out like mountain ranges. I remember handling my first floppy disk, worrying about fingerprint stains and cracks, and the vaguely tense feeling I got every time I typed what I’d hoped was the correct command to boot up a program.

Keep in mind that was just over 30 years ago, and I was four. While close to a lifetime in my memory, against the breadth of technological history, three decades is barely a blink.

When was the last time you stopped to think about how truly astonishing technological innovation has been in the last 30 years? Or even five? Virtual-reality consoles are sprouting up across living rooms. Affordable smartphones are ubiquitous in the developing world. Social media has become a controversial focal point for elections in the most technologically advanced countries in civilization. None of this was happening five years ago.

I think it’s important for anyone in business — but especially entrepreneurs, who should be by definition focused on the future — to pause and reflect on the cumulative strength of our rapidly evolving technology. The emergence of unprecedented 5G internet speeds, the fine-tuning of screen resolutions, the creativity behind today’s great ad campaigns are all a testament to the tech world’s unwavering velocity.

I’ve been fortunate to have successfully steered my own company, Cimaglia Productions, through nearly two decades in this world of constant innovation. I’ve worked with dozens of ad agencies and independent clients, and have long held a consistent mantra: There’s no reason to be afraid of new technology, as long as you’re committed to great content and innovative storytelling.

With every agency I’ve worked, I’ve found one consistent hurdle: the perceived barrier around new technology. Plenty of legacy agencies have told me they’d love to adopt a more agile business approach, but there’s too much bureaucracy in their way. It makes sense: Switching away from custom-built legacy software is a daunting prospect when dozens of employees are comfortably familiar with it.

It is human nature to resist change. It’s no different with major agencies, whose leadership, too, focuses on business strategies of decades past. Investing the majority of your budget and energy into a single 30-second commercial is no longer a viable strategy — just because it worked before, and you know how to do it well, doesn’t mean it’ll keep working.

In my experience, all this puts too much onus on technology as an excuse to not innovate. Some companies avoid scapegoating their own lack of tech by outsourcing their needs to smaller companies that can get the job done quickly and efficiently — that’s where I usually come in. And while I dive into every collaboration with absolute devotion and enthusiasm, the reality is that these agencies could be getting the job done a lot easier if they could produce their content in-house. Over the last five years, while brand executives and digital marketers slowly realize this industry-wide trajectory, I’ve long embraced it: As a virtual CMO and consultant, I’ve helped transform traditional agencies and companies alike into

3 Video Marketing Strategies You Shouldn’t Be Listening To 0