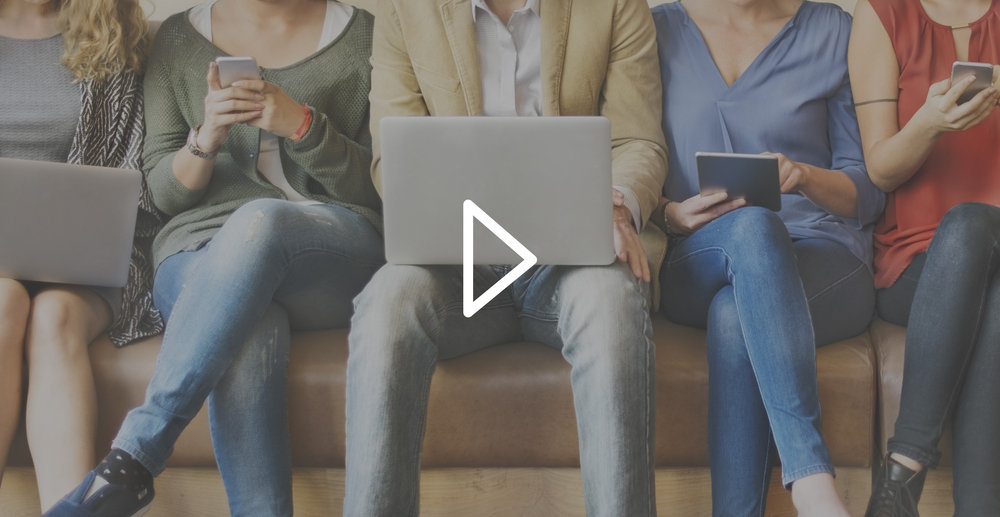 The Significant Seven Social Video Platforms of 2017. Well, that’s what I’ve been doing since returning from the VidCon 2017 Industry Track. They included: Making it a whole lot easier for users to share their favorite YouTube videos with friends: Last year, YouTube announced a new sharing feature that lets users share videos right from the YouTube app. A new look for YouTube’s app and desktop site: YouTube wants to make sure that it provides the best experience when it comes to creating and watching videos. Perhaps the social video platform’s most important job is to show off your videos in the best possible way, no matter what format you choose to shoot them in. In a few weeks, the YouTube mobile app will dynamically adapt to whatever size users choose to watch it in. In May, the social video platform opened up a preview of its new desktop experience. Facebook’s Instagram has emerged as the #3 social video platform. And with the announcements earlier this year of live video on Instagram Stories, the option to save your live video to your phone at the end of a broadcast, and the option to share a replay of your live video to Instagram Stories, Instagram has diversified its repertoire. Every day, millions of people use the platform to express their creativity with videos that are shared across the musical.ly community.

New Research Finds Use of Video Accelerating in B2B with 71 Percent Reporting that Video Converts Better than Other Content Types
Video in Support: Our Customer Success Pros Share Their Top Three Tips
Kaltura is a Leader in Online Video Platforms for Sales and Marketing Report

Did you see the 2016 movie, The Magnificent Seven, which was a remake of the 1960 western of the same name, which in turn was a re-imagination of Akira Kurosawa’s 1954 Japanese film Seven Samurai? Well, in all three movies, the hero carefully selects a small band of seven good guys to take on a small army of bad guys. And, each of these good guys is distinctly different that the other members of this group. Well, that’s what I’ve been doing since returning from the VidCon 2017 Industry Track. I’ve been carefully collecting the strategic insights, critical data, tactical advice, and trends in the digital video marketing business that I can share with video marketers to help them in the battles they face in the near future. And I want to tell the story in a way that helps them to understand that the social video market is segmented, not fragmented. Here, then, is my take on The Significant Seven social video platforms that should play a role in your upcoming plans.

Although it faces serious challengers, YouTube is still the leader of the group. In my analogy, YouTube is like the bounty hunter, Sam Chisolm (Denzel Washington), the veteran Cajun gunslinger, Chris Adams (Yul Brynner), or the aging but experienced rōnin, Kambei Shimada (Takashi Shimura).

I’ve already told you about the top takeaway from #VidCon 2017 Industry Track: 1.5 billion logged-in viewers visit YouTube every single month. And I’ve also mentioned that, on average, YouTube viewers spend over an hour a day watching videos on mobile devices alone. But, Susan Wojcicki, the CEO of YouTube, made five other announcements during her keynote conversation with Rhett & Link. They included:

So, YouTube didn’t ride into town on a one-trick pony. Yes, the speakers in the 2017 VidCon Industry Track who said YouTube has its faults and foibles – particularly its penchant for making algorithm changes without announcing them. And the social video platform can do always a better job of communicating with creators, advertisers, and the press – especially during and after a crisis like the recent YouTube ad boycott and the “Adpocalypse” that followed. But, no one questioned YouTube’s leadership in the industry. And that’s a significant story worth retelling your co-workers, clients, or colleagues around the campfire this summer.

If YouTube is still the leader of the group, then Facebook is the second-in-command. In my analogy, that makes Facebook like the gambler, Joshua Faraday (Chris Pratt), the drifter, Vin Tanner (Steve McQueen), or the skilled archer, Gorōbei Katayama (Yoshio Inaba).

I’ve already told you about one of the top three takeaways from #VidCon 2017 Industry Track the announcement of Facebook’s new creators’ app. This was showcased in sessions entitled, “The Future of Facebook Video” and “Fireside Chat with Fidji Simo of Facebook.” In addition to speakers from Facebook, there were sessions like “Hacking the Facebook Algorithm: Inside Facebook’s Secret Promotional Code,” which featured Gavin…

Writers: Doors Are Open for the Copyblogger Certification Program (through Monday, June 12) 0