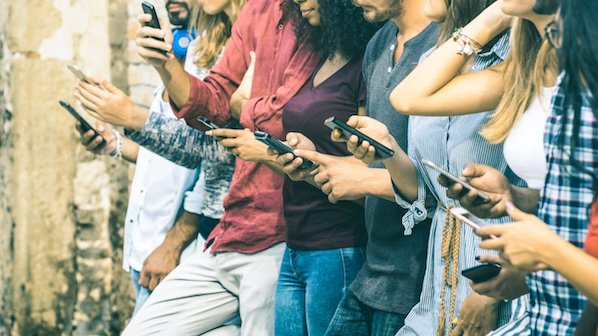 Tweets that included #ico, the most popular hashtag, had an average of 19.8 interactions per tweet. To help increase engagement with potential customers on Twitter, we’ve compiled a list of the best hashtags to increase likes, retweets, and replies. Best Hashtags to Get Likes on Twitter First, let’s take a look at the 25 best hashtags to get likes on a tweet: ico ethereum crypto crowdfunding medicaid blackhistorymonth womenshistorymonth photography iwd2018 cryptocurrency happyeaster womensday pressforprogress happybirthday internationalwomensday olympics pets friends piday worldwaterday funny contest starwarsday giveaway tuesdaymotivation Some of these hashtags might surprise you -- #worldwaterday, for example, doesn’t have much in common with #tuesdaymotivation, and yet both made the list. In addition, #cryptocurrency and #bitcoin were near the top of the list. Here’s a list of the 25 we found to be most retweeted: medicaid ico ethereum aca crypto crowdfunding giveaway contest blackhistorymonth womenshistorymonth cryptocurrency womensday happybirthday authentication win medicare internationalwomensday influencermarketing opioid healthinsurance qa funny womeninstem iwd2018 photography The most-retweeted list was similar to the most-liked list, but there are a few differences: Healthcare issues like #medicaid, #aca, #medicare, #healthinsurance, and #opioid all ranked higher. However, a Twitter account with a lot of followers might see better results asking for likes, which could re-engage their existing audience. Best Hashtags to Get Replies on Twitter If you’re interested in engaging more meaningfully with your Twitter audience, you might benefit from the hashtags in this list. merrychristmas giveaway contest win competition medicaid aca ethereum blackhistorymonth photography ff ico happybirthday metoo crypto womensday alcohol bitcoin gold movies running thankful birthday cryptocurrencies opioid The most-replied-to hashtags are similar to our previous lists, but there are a few differences: #ff or Follow Friday, a popular way to get more followers on Twitter, made its first appearance. Here’s the list of the 25 highest-performing hashtags for that period of time: crypto influencermarketing womenshistorymonth blackhistorymonth cryptocurrency bitcoin internationalwomensday cryptocurrencies java blockchain iwd2018 competition pressforprogress influencer olympics influencers datascience fintech womenintech metoo deeplearning science sxsw fridayfeeling cloudsecurity Currently, the topic cryptocurrency remains popular with #crypto, #cryptocurrency, #bitcoin, and #cryptocurrencies. However, there were a few new additions: #blockchain, which is the underlying technology behind bitcoin, has seen an increase in engagement.

Recently, we analyzed millions of tweets and found that some Twitter hashtags correlate with a 1,065% increase in engagement — clearly, hashtags still matter in 2018.

We saw similar increases with other popular hashtags, like #medicaid, #ethereum, and #crowdfunding.

There are two possible explanations for this:

To help increase engagement with potential customers on Twitter, we’ve compiled a list of the best hashtags to increase likes, retweets, and replies. Our list is by no means all-encompassing — we only covered a specific time period, and as trends change, so will popular hashtags. But the list should still provide longterm insights into general popular topics on Twitter, helping you create a more relevant content strategy.

We used a dataset of tweets ranging from January 2017 to May 2018. Hashtags were only included if they occurred in a minimum of 300 tweets, by at least 100 unique accounts.

First, let’s take a look at the 25 best hashtags to get likes on a tweet:

Some of these hashtags might surprise you — #worldwaterday, for example, doesn’t have much in common with #tuesdaymotivation, and yet both made the list.

The most popular hashtags fit into a few categories:

Hopefully, the list is broad enough to help you easily incorporate one or two topics into your social media strategy — when…

Loading...
Newer Post
How 6 Months of a Daily Journaling Habit Changed My Writing
Older Post
How to Train Your Brain to Be Creative: Lessons for Marketers

A Primer to Boost Your Content’s Readability 0

Getting bored with your content marketing strategy? Time to shake things up 0

Growth Hack Strategies Any Business Can Use 0