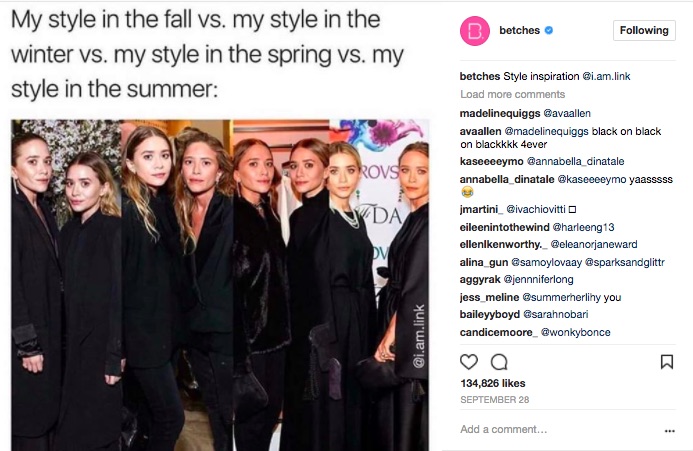 This Psychological Trick Can Make You a More Empathetic Marketer

As you know by now if you’ve followed my social media channels, I’ve been exploring the concept of empathic marketing over the past few weeks. I’ve dug into existing psychological and marketing research that relates to empathy, in an effort to understand and synthesize this concept for other marketers. All the research on empathy suggests that acknowledging another person’s pain is a cornerstone of building trust. Look for moments like these impacting your audience, and respond in a way that shows you hear and support them. This ad focused on four women of different races who thought they looked terrible in red lipstick (“it me”). Also, do the legwork to see if that person has made empathetic connections with the target audience. Do they validate your customer’s problems through their work? A small audience that feels heard can help your bottom line much more than a large audience that’s only somewhat engaged. The right influencer will make the audience care about your message over time through validation. Look no further than those Instagram accounts I can’t get enough of.

Are You Having a Conversation on Social Media?
When (and How) to Use Humor in Your Social Media Engagement
5 Content Marketing Ideas for March 2018

Even though I am [redacted] years old, I follow a bunch of trendy Instagram humor accounts aimed at people in their 20s and teens. I’d like to tell you I do this because I think it’s important to keep up with the latest digital trends… but it’s also possible that I just have an immature sense of humor.

Lately, I’ve been paying closer attention to what resonates on my favorite accounts, which include @Betches, @Ship, @MyTherapistSays, and @GirlsThinkImFunny, among others. These accounts tend to play off the very millennial concept of “same” (a.k.a. “so me,” “also me,” and “it me”). For those not of the Instagram and Snapchat generation, all of these words or phrases basically translate to: “This describes me perfectly.” Below are a few examples that are, ahem, so me.

In an article in The New Statesmen, Amelia Tait calls this “relatable content.” Tait interviewed Dr. Grainne Kirwan, a cyberpsychologist, who said: “As we tend not to discuss many of the mundane aspects of life, either because we believe them to be boring to others, or so unusual that others might think us slightly strange, we frequently don’t realize that many others do and think exactly the same things, even in private moments…hence we seldom realize how common the feeling is.”

What’s making these channels so successful—with their hundreds of thousands of followers—is how they display an empathy for the audience’s deepest, darkest feelings. The accounts make people feel like they aren’t alone. And what’s pretty radical is they prove it’s possible to do empathy en masse.

As you know by now if you’ve followed my social media channels, I’ve been exploring the concept of empathic marketing over the past few weeks. I’ve dug into existing psychological and marketing research that relates to empathy, in an effort to understand and synthesize this concept for other marketers.

My theory is that businesses can actually achieve better results by being kinder to their customers. All the research on empathy suggests that acknowledging another person’s pain is a cornerstone of building trust. That may sound like mushy psychobabble, but there are very practical ways to apply the lesson to our own work.

The process of reflecting back someone’s feelings has an official name in psychology textbooks: “emotional validation.”

Houston-based clinician Karyn Hall, Ph.D., author of The Emotionally Sensitive Person, has written extensively about this topic. As she defines it, “Validation is the recognition and acceptance of another person’s thoughts, feelings, sensations, and behaviors as understandable.”

But it’s important to note that validation does not mean flatly agreeing with everything someone says. It’s more akin to acknowledging what they say, holding a mirror up to their feelings.

Human nature is such that we find release simply in feeling heard; perhaps it’s owing to our evolution from caveman days in which there was safety in numbers. (Better to have that Neanderthal on your side than his rock between your eyes.)

In an article from Psychology Today, Steven Stosny, Ph.D., explained that people require confirmation that their suffering or frustration is justified. If they don’t get that confirmation, they become “hyper-focused on the pain and the reasons for it. We know that mental focus amplifies and magnifies the object of the focus; the greater the focus on pain, the more intense and more generalized it grows.”

Translation for marketers: If you don’t acknowledge your customer’s pain, their pain worsens. They won’t hear the solution you’re proposing, because the noise in their head about the problem is too loud. So before you tell them about your great solution, you have to show them that you understand the problem first.

Robin Stern, associate director of the Yale Center for Emotional Intelligence, once told The Washington Post: “When someone feels seen and heard by you, they begin to trust you.” As you well know, connection and trust are keys to building relationships.