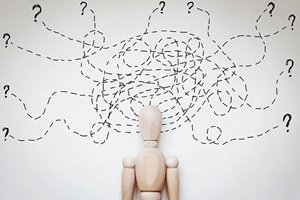 Turmoil Ahead: The Future of Net Neutrality, Publishing, and Digital Marketing

So, where might marketing dollars go instead? LinkedIn, Quora, Medium, podcasting, and their kin could rise meteorically on an un-neutral Web. RIP, Net Neutrality On February 26, 2015, the Federal Communications Commission (FCC) adopted Net Neutrality rules designed to protect free expression on the Internet. In reality, the biggest winners of Net Neutrality were small and midsize companies that wanted to deliver their content, applications, and services via the Cloud. Smaller companies tend to provide content free as a marketing strategy. Toward that end, outlets like Forbes, Fast Company, and Fortune have dramatically expanded their digital contributor networks (because free articles = traffic = ad revenue). Social networks and Google, conversely, have dominated digital advertising by providing personalization and targeting that standard media outlets can't match. In recent years, open publishing platforms have tried to fill a gap between traditional media outlets and aggregators. Unlike standard social networks, most open publishing platforms do not depend on ad revenue or force creators to pay for reach. Content Soup If the end of Net Neutrality raises the costs of owned media and Cloud strategies, open publishing platforms could benefit most.

In 2017, marketers will be at the mercy of politics. Net Neutrality, a pillar of Cloud-based content, apps, and services, faces extinction under the Trump administration. If the Web becomes a pay-for-performance utility, Cloud strategies could become prohibitively expensive for small and midsize businesses. So, where might marketing dollars go instead?

Cloud strategies are enticing because they enable marketers to own an audience rather than rent one. Most social networks, newspapers, and magazines are in the rental business, and therefore poor substitutes.

Thus, an end to Net Neutrality may push marketers toward open publishing platforms, which combine traits of paid, owned, and earned media. LinkedIn, Quora, Medium, podcasting, and their kin could rise meteorically on an un-neutral Web.

On February 26, 2015, the Federal Communications Commission (FCC) adopted Net Neutrality rules designed to protect free expression on the Internet. The FCC banned Internet service providers (ISPs) from blocking or throttling any Web-based content, applications, or services. They also ruled that broadband providers cannot create “fast lanes” for their partners or companies willing to pay up.

Although a federal appeals court upheld Net Neutrality in June 2016, it probably won’t survive 2017. On December 19, 2016, Ajit Pai and Michael O’Rielly, two FCC commissioners, wrote a letter to ISP trade associations promising to “revisit” Net Neutrality “as soon as possible.” FCC Chairman Tom Wheeler, a Net Neutrality advocate chosen by President Obama, stepped down on January 20. The Senate did not reconfirm Wheeler’s closest ally, Commissioner Jessica Rosenworcel. The anti-Net Neutrality crowd will have a 2-1 majority on the commission and two empty spots to fill.

President Trump will likely support the dismantling of Net Neutrality. The best indication of his position is a tweet from November 2014: “Obama’s attack on the Internet is another top down power grab. Net neutrality is the Fairness Doctrine. Will target conservative media.” According to the Electronic Frontier Foundation, Trump’s FCC transition team members—Jeffrey Eisenach, Roslyn Layton, and Mark Jamison—are critics of Net Neutrality, and all of them contenders for the open chairman and commissioner posts.

Typically, the media frames Net Neutrality as a conflict between ISPs, such as Comcast, AT&T, and Verizon, and bandwidth hogs, such as Netflix, Amazon, and Google. In reality, the biggest winners of Net Neutrality were small and midsize companies that wanted to deliver their content, applications, and services via the Cloud. The rules ensured that they could deliver rich media at the same speeds as tech giants.

Loading...
Newer Post
Over 12,000 tweets are calling for Trump’s assassination. Here’s how the Secret Service handles it
Older Post
How Marketers Can Use Technology to Excel at Personalization [Infographic]

How to Improve Your Click Through Rates with Emojis 0