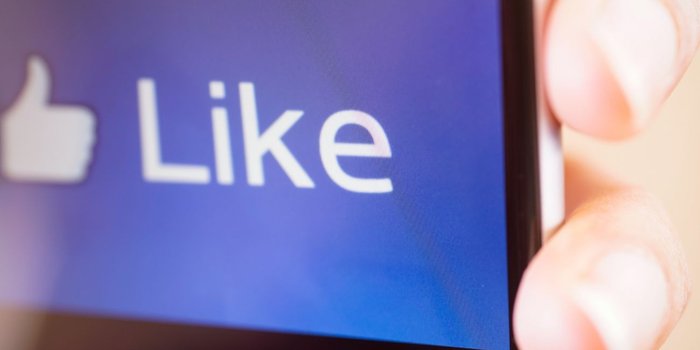 Why You Need to Stop Worrying About Facebook ‘Likes’ in 2018

Engagement is the worst way to judge the success of your content. This may surprise you to hear, because most people base success on the amount of traffic you get, how many "likes" a Facebook posts has and how many shares an article creates. Whereas no likes or shares leaves you feeling empty and insecure. These people engage with content because it creates a dopamine spike of its own. In fact, the more sophisticated your audience is, the less engagement you will see -- be it email, social media or online advertising. I created content, products and services for a sophisticated market who already had a successful business. The only true way to judge the success of your content marketing is to measure the amount of revenue it makes. Forget about the dopamine spikes and how happy a popular post makes you feel. It isn't to say likes, shares and love-hearts don't matter. Instead, you create relevant content for the right people at the right time, and measure the effect it has on your bottom line, so you can scale-up and take your business to seven figures and beyond.

My Book and Baby Are Due the Same Day! Follow Along on My Journey. Next up: Trust Your Gut
These Entrepreneur Brothers Ditched Coffee for Matcha and Built a Multimillion-Dollar Drink Brand
7 Signs That You Are Not Cut Out to Be an Entrepreneur

Engagement is the worst way to judge the success of your content.

This may surprise you to hear, because most people base success on the amount of traffic you get, how many “likes” a Facebook posts has and how many shares an article creates.

Look, these metrics matter to an extent. They help you judge the success of your content marketing strategy, but if this is the only way you judge it, you’re playing the game wrong.

I say this from experience because I played the game wrong for a long time. I put a lot of effort into content and advertising, and I based the success of it on likes, shares and love-hearts. For a long time, this worked (really, really well). A thousand shares did bring leads and customers and money. But, over the last two years I’ve noticed a new trend, and it surprised me a great deal.

I’ve built more than eight businesses over the last fifteen years. Some have succeeded whereas others did not, but they all involved building an online platform in some form. As such, content marketing and online advertising have played a large role throughout my entrepreneurial career.

Over the years, I’ve spent hundreds and thousands of dollars on this, and since 2015 I’ve helped other entrepreneurs do the same through effective marketing funnels.

A few years ago, you could take likes to the bank. But, those days are over, and they are never coming back. In fact, when I looked into who bought my programs and became one-on-one clients in 2017, I realized most of them didn’t engage with my content. They didn’t “like” my posts. I didn’t notice them inside my Facebook Groups. They didn’t reply to my emails or other social media messages.

They lurked. They clearly saw what I was putting out, but they hardly ever engaged.

This stopped me in my tracks, because I realized the way I judged my content was all wrong. To this point, I made decisions based on how many likes a post would get, but I now realized likes didn’t mean money.

I didn’t feel bad though, as I noticed most of my entrepreneurial friends did the same. It comes down to simple chemistry, in fact, because likes, shares and love-hearts create a dopamine spike….

Going Global? A Video Marketing Strategy Is Your Key to Success 0