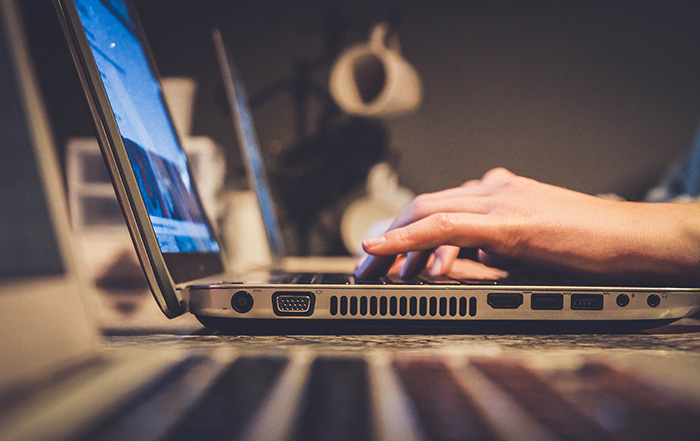 For example, if Amazon bids $5 for a keyword and Walmart bids $4 for the same keyword, Amazon would pay $4.01, which is just slightly more than the next highest bid. “We want to show more useful ads in a higher position on the results page because users want to see relevant ads. Google combines your bid with multiple quality factors — the click-through rate, the landing page, the ad relevancy as well as the expected impact of ad formats — to calculate a score for your ad, called Ad Rank.” Ad Quality Score The “quality factors” Varian described are collectively an ad’s quality score. Imagine four advertisers bidding $10, $8, $6, and $4 respectively for the keyword “shoes.” Quality score is reported on a scale of 1 to 10, where one is the worst possible score and 10 is the best. Next, Google might multiply the advertiser’s bid by its quality score. Advertiser three would end up with the best Ad Rank and therefore the best position since its Ad Rank would be 30 ($6 multiplied by a quality score of 5). While Google’s actual method for calculating Ad Rank will be more complex than this example, improving your company’s quality scores means that your ads will be more likely to show up in a top ad position even if your bids are not as high as other advertisers. Back in 2014, Varian described four factors impacting ad quality, including expected click-through rate, landing page experience, ad relevance, and the use of ad extensions and formats. Some PPC professionals suggest that click-through rate might be the most important factor for rapidly improving your ad’s quality score for a particular keyword or keyword phrase. To improve the CTR: Improve the structure of ad campaigns and ad groups Reduce the number of keywords in a given ad group, perhaps even creating single keyword ad groups Add negative keywords to the associated ad group Optimize ad headlines and improve the ad’s call to action Include the keyword in the display URL Consider the user’s intent Include ad extensions Split test ads.

Google Ads’ quality score is a bid multiplier that can make purchasing ads on the popular pay-per-click advertising platform less expensive. A high quality score is also a strong indicator of PPC success, so boosting an ad’s quality score could lead to more interactions and sales.

Google’s search engine is popular because it works. Those results might be a top organic link, a carousel, a local pack, or even an ad.

If the ads Google presents are relevant and useful, users won’t mind them and they might even like them. A happy user is also likely to keep coming back to Google for text or voice searches.

Similarly, advertisers are happy when their ads are presented to interested customers who click and buy. So Google wins when it can display the best possible ads for a given query.

Since the goal is to show the best ads, Google has to avoid the temptation to simply award the top ad spots to the highest bidder. To this end, the company employs a proprietary algorithm (or process) it calls Ad Rank.

With Google Ads’ auction format, advertisers place bids on keywords or groups of keywords. The ad auction employs a second-price model, meaning the highest bidding company doesn’t actually pay what it bids. It pays the next highest bid or just slightly more. Advertisers can feel safe bidding a true limit since the amount they actually pay will be adjusted down.

For example, if Amazon bids $5 for a keyword and Walmart bids $4 for the same keyword, Amazon would pay $4.01, which is just slightly more than the next highest bid.

Taking this a step further, the order in which advertisements are shown “isn’t based just on bids,” said Google chief economist Hal Varian in a 2014 presentation. “We want to show more useful ads in a higher position on the results page because users want to see…

5 Strategies to Beat the Organic Visibility Creep in 2017 0