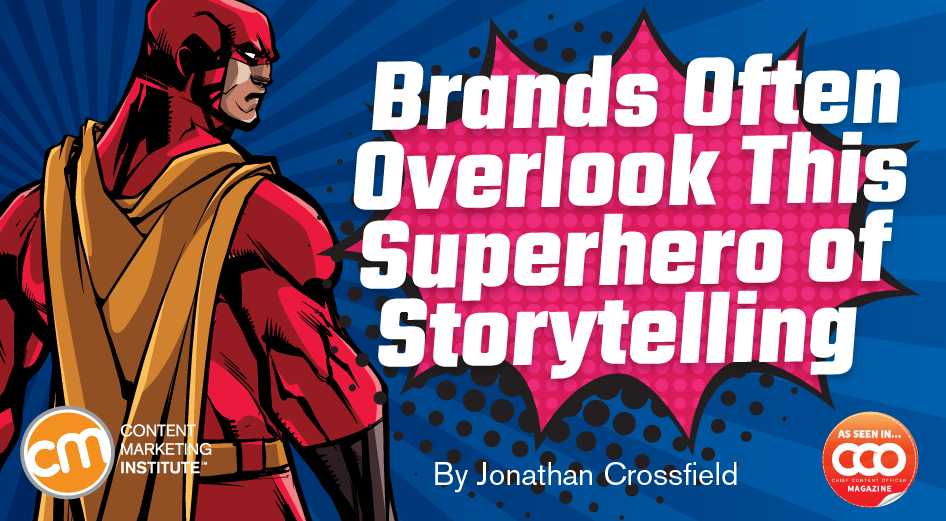 One of the oldest mediums is also one of the most powerful — and one of the most overlooked in content marketing. Yet some brands are working with top comics creators and publishers such as Marvel Comics. OK, maybe writing this article as a comic script isn’t such a great idea, even if prose is at a disadvantage when discussing such a visual medium. Comics are a medium independent of the genre,” Buddy says. “You don’t want to leave a project like this to a person in the art department who has never produced a comic,” Buddy says. Content agency New Content decided big blocks of text about the brand could look boring or preachy in an otherwise highly visual magazine, so instead it used comics to tell the stories in a more engaging format. Takeda Pharmaceuticals – The Unbeatables A superhero comic on the topic of inflammatory bowel disorder or IBD might seem an odd pairing, but The Unbeatables graphic novel and comic book series sprang naturally from in-depth interviews and focus groups with people living with and caring for those with IBD. They wanted an escape that could make them invincible.” Takeda partnered with Marvel Custom Solutions to create a graphic novel that reimagined the experiences of people living with IBD as a tale of heroism and empowerment. “We created a superhero team for them, all of whom either have the disease or are a part of the IBD community in some way. “What (Takeda) wanted to do is communicate a few key messages,” Buddy says.

5 Examples of Creative Shoppable Content from Brands
Why Branding Experts Need to Step Out of Their Silos
The Basics of Branding in 2019: What You Need to Know

Comics aren’t just SMASH, WHAM, KAPOW! One of the oldest mediums is also one of the most powerful — and one of the most overlooked in content marketing. Yet some brands are working with top comics creators and publishers such as Marvel Comics.

OK, maybe writing this article as a comic script isn’t such a great idea, even if prose is at a disadvantage when discussing such a visual medium. Buddy, you can come back now.

“The thing about comics is that it’s a different medium and has different sticking power,” he says.

Darren Sanchez, editor and project manager for Marvel Custom Solutions, agrees. “Comics are great because you can tell any kind of story to deliver a message or theme, and I believe content is best absorbed through story. In comics, you’re limited only by your imagination. An effects-heavy space opera costs the same to produce as a comic based on two people talking in a life raft. You can tell the story of a kid bitten by a radioactive spider or educate the public on what it’s like to have inflammatory bowel disorder. The uses are endless and we enjoy the challenge of coming up with new ideas.”

Yet the medium has become almost inextricably associated with a tiny handful of genres, perpetuating the idea that comics are merely escapist entertainment and definitely not something to be taken seriously, never mind professionally.

“Letting go of this idea that comics are the genre of superheroes is really important. Comics are a medium independent of the genre,” Buddy says. “It’s the people who are not familiar with comics who try to push them into a corner and say, ‘Well, that’s for kids,’ or ‘That’s only superheroes.’ But they’re missing the point, which is: There is a richness to this type of visual storytelling that transcends cultures and time and can really get that call to action that you’re looking for.”

While these genres can help brands and marketers reach specific audiences or convey certain messages (read about pharmaceutical company Takeda’s partnership with Marvel Custom down below), comics are far more powerful and flexible than many people suspect.

But just because someone can write or draw reasonably well doesn’t necessarily mean they can create a comic. “You don’t want to leave a project like this to a person in the art department who has never produced a comic,” Buddy says. “Why risk the reputation of your brand with poor quality work for some marginal savings? You wouldn’t do that with any of your other content.”

As Darren says, “Most of our clients encounter a learning curve of how comics are made. We work with them to get them up to speed pretty quickly.

“That being said, it is possible for smaller publishers to approach storytelling for a client in this way. It’s a fantastic method to reach new consumers that wouldn’t otherwise be susceptible to your message – if you can hit all the right beats!”

Comics can work for all audiences

In one of the few books to analyze comics as a medium and not as a genre, comics legend Will Eisner defined it as “sequential art.” As Scott McCloud writes in his book Understanding Comics, probably the only other major work on the medium, single panel cartoons are “no more comics than (a) still of Humphrey Bogart is a film.”

Comics aren’t defined by a particular art style either, cartoony or otherwise. There are many examples of comics that use photographs, fully painted artwork, digital imaging or even collage. It’s the sequence that matters – how one image follows the other to form a narrative in the mind of the reader.

Even text is optional, meaning comics can transcend language as well as literacy levels – which is why IKEA assembly instructions can guide anyone, anywhere through the process of putting together a bedside cabinet. “We are visual learners,” Buddy says. “A picture can help somebody to understand what you want them to do, whereas prose requires an abstract to concrete translation that not…

Silent Video: How to Optimize Facebook Video to Play Without Sound 0

How to Free Up More Time In Your Work Week 0