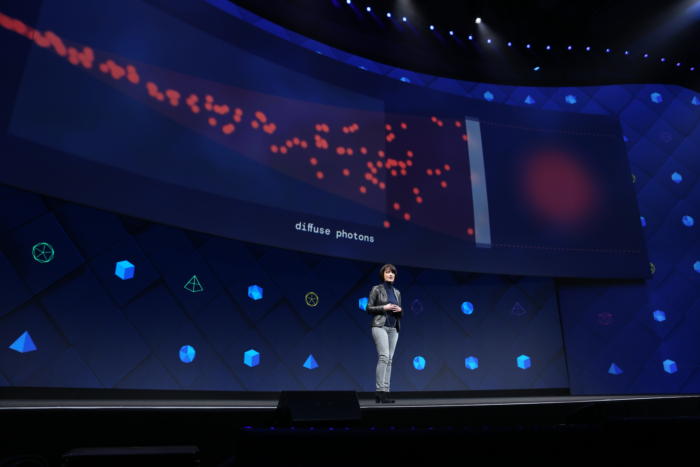 Facebook aims to let people type from their brain, hear with skin

Content Marketers: This Is Your Brain On Stories
Meet the People Building the TV Controlled by Your Brain
6 Brain Triggers Copywriters Use to Drive Sales

Facebook revealed Wednesday that it is working on technology to let people type straight from their brains at 100 words per minute.

A team of over 60 scientists, engineers and others at its secretive Building 8 research lab are working in the area Facebook describes as silent speech communications. Another project is directed at allowing people to hear with their skin, for which the company is building the necessary hardware and software.

“So what if you could type directly from your brain?” Regina Dugan, vice president of engineering and Building 8, asked Wednesday at F8, Facebook’s annual two-day developer conference.

For Facebook, the question seems to be far from speculative. “Over the next 2 years, we will be building systems that demonstrate the capability to type at 100 wpm by decoding neural activity devoted to speech,” Dugan wrote in a Facebook post. The executive has previously headed an advanced technology and projects group at Google and was earlier director of the U.S. Defense Department’s Defense Advanced Research Projects Agency (DARPA). “It sounds impossible but it is closer than you may realize,” she said.

The concept isn’t exactly new. Researchers at Stanford University, for example, have shown that a brain-to-computer interface can enable people with paralysis to type via direct brain control, using electrode arrays placed in the brain to record signals from…

How Compelling Storytelling Can Help You Build a Heritage Brand 0

Creativity, Technology, and the Future of Marketing: Jon Wuebben on Marketing Smarts [Podcast] 0