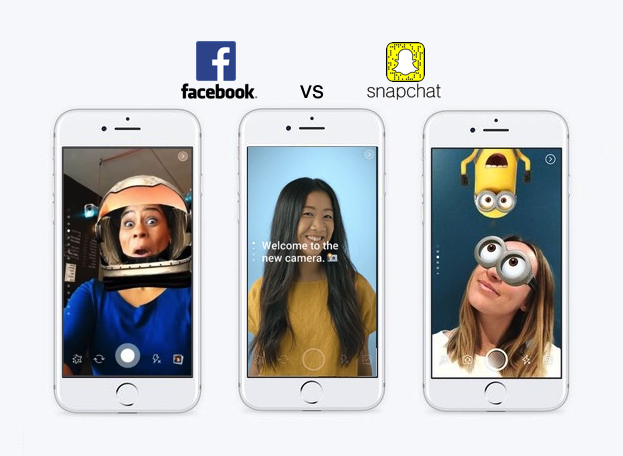 Facebook’s war on Snapchat is almost over with Facebook edging closer to victory. Just last week the social media giant launched the following three new and exciting features that must have Snapchat CEO, Even Spiegel, a little on edge: an in-app camera infused with filters, effects and masks; A 24-hour Stories feature; and direct messaging with set self-delete times. The source of inspiration is clearly evident, but Facebook added a few personal touches, including the ability to post picture and videos that are worthy of more air-time straight from the camera to News Feed. Between Facebook and its Instagram and Whatsapp subdivisions, they seem to have the Snapchat market fully covered.

In a generation where everyone wants to share everything they’re doing, but not necessarily leave a trail of it, Snapchat hit the nail right on the head. The app reimagined photo and video sharing by making the messages short-lived and self-deleting. The simple concept quickly made Snapchat one of the most popular…

How to Use Social Listening to Find Clients 0

How to Promote Your Mobile App for Free 0

Traditional Networking Is Dead. Instead, Build a Community That Connects People. 0

Make Sure Data Isn’t Your Downfall 0