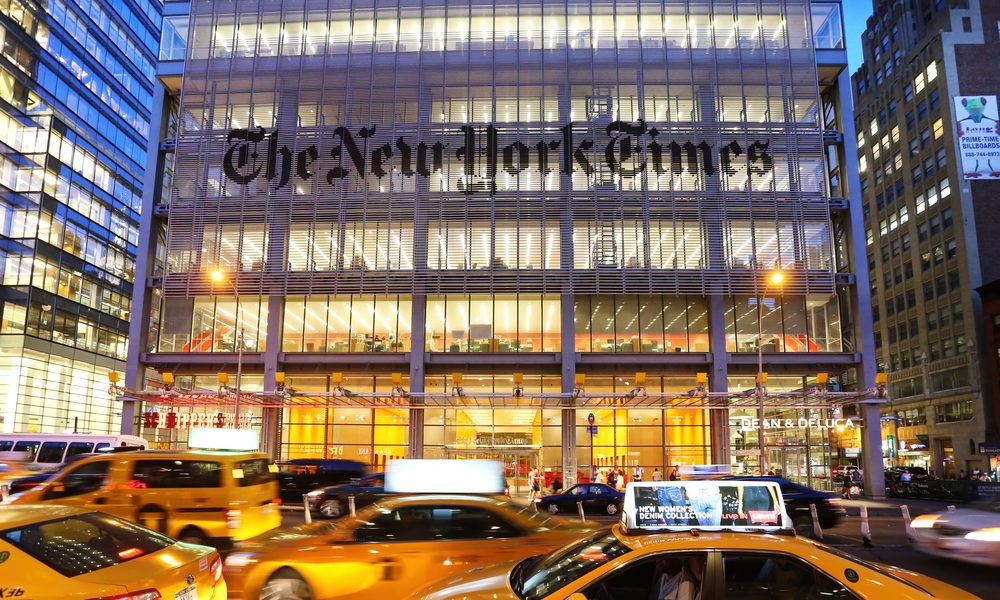 How The New York Times is Making News With Social Video

Author: Bree Brouwer / Source: Tubular Insights Founded in 1851, the New York Times (NYT) is one of the most recognized media companies i

The New York Times Plays ‘Truth AND Dare’ with Google and Facebook #NewFronts2017
The Future Model for Content Marketing and Media Are Identical
Earned Media, Explained in 400 Words or Less [Examples]

Founded in 1851, the New York Times (NYT) is one of the most recognized media companies in the United States, as well as across the world. Over the last 160 years, NYT has built a name for itself as a destination for authoritative news and professional journalism, so much so the brand has earned 122 Pulitzer Prizes, more than any other newspaper can claim. The media company has also managed to handle the transition from print to digital well, now claiming 2.5 million paying subscribers (both print and digital) comprising 60% of the brand’s overall revenue.

As more of its content went digital, the NYT began to create an engaging, social video presence on platforms such as Facebook, YouTube, Vine, Twitter, and Instagram. Across all of its social profiles, the media brand boasts 15.2 million total followers, with 13.9 million of them (roughly 91%) hailing from Facebook alone. Thanks to these dedicated fans, NYT routinely pulls in millions of views a month from its video content. Here’s how the publishing giant runs its social video accounts to keep those viewers coming back for more.

Whoever at NYT decided the brand needed to produce video content for Facebook was seriously on to something. Across more than 2000 videos on its Facebook page, the New York Times has garnered 1 billion total video views as of August 2014. Its average views per video is nothing to shy at, either; each clip pulls in about 420k views each.

Why such the high viewing rates? It seems NYT has stuck to what it does best: reporting. Most of the media brand’s videos are news clips, most of them no longer than 1-3 minutes total. This format has done well over the years, not just for the New York Times, but also for other media publishers; as busy audiences…

Creativity Vs Optimization: What Works Better for Content Marketing? 0