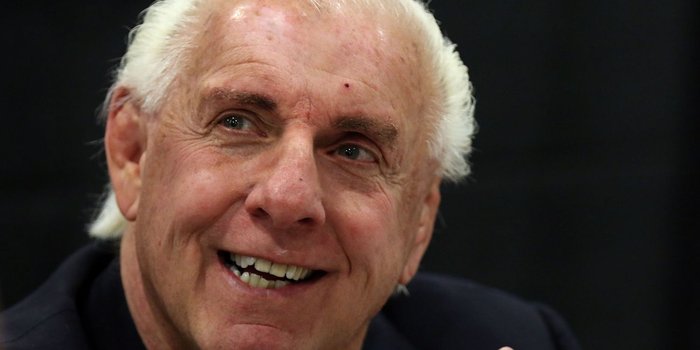 There are countless other examples of his extravagant style and personality being embraced by both the music industry and professional athletes. That is a skill any entrepreneur would be thrilled to add to their arsenal - here are some lessons for entrepreneurs and small business owners from Flair’s pop culture renaissance: Keep your pivot foot strong. Ric Flair mirrored his heroes like Muhammad Ali and the original ‘Nature Boy’, Buddy Rogers to create his character. He is a must-follow for any entrepreneur. He believes staying on his feet is just not enough. As an ironic comparison, Smackdown (which Flair used to be a part of) aired on the same night but failed to yield as high ratings as the ESPN special did. But social media takes Ric to astounding new heights in terms of popularity and engagement. Just like anything, social media and going viral allows for more eyes and more people all over the world to engage and follow the Nature Boy… Ric's own legacy creates the buzz and the attention.” Over the years Flair’s platforms have changed from the wrestling ring, to the several books he has co-authored, to his celebrity relationships, then to digital media. With his popularity at an all time high, Ric Flair has found the fountain of success. By leaning on his larger than life persona to go viral on social media or by being embraced by culture tastemakers like rappers and athletes, “the Rolex wearing, diamond ring wearing, kiss stealing, wheeling dealing, limousine riding, jet flying, son of a gun” will continue to be as culturally relevant as he was over 40 years ago.

The astounding popularity of Ric Flair is a textbook study in how to build and maintain a brand.

Ric Flair is widely considered to be one of the best professional wrestlers of all time. Flair’s iconic “WOOO!” mantra, opulent wardrobe and flashy personna laid the fundamentals on how to create a celebrity-wrestling character. In the 1980s’s, Flair led the way on building big personalities and bigger storylines; now this is the core of pro wrestling’s financial success.

The WWE has a $1.6 billion market value, over 750 million social media followers, other massive media numbers and has legendary personalities like Ric Flair to thank. The “Rolex-wearing, diamond-ring-wearing, kiss-stealing, wheeling-dealing, limousine-riding, jet-flying son of a gun” (as he frequently described himself during his career) is now close to 70-years old with no sign of slowing down. His career spans five decades, includes 16 World Heavyweight Championships and a Hall of Fame induction. He continues to entertain, leaving a lasting impact on pop culture.

Flair, largely by social media, has made a remarkable popularity resurgence in recent years. He is routinely inspiring NFL locker rooms. LeBron James had Nike design shoes after him. Snoop Dogg called Flair the “creator of swag” and he has been used by NCAA D1 athletic programs to recruit athlete prospects. Migos’ Offset wears a $70,000 chain made in the image of Ric Flair. There are countless other examples of his extravagant style and personality being embraced by both the music industry and professional athletes. Every social media post, every mention, every interview, adds to his internet celebrity. He monetizes this through his booming retail business at RicFlairShop.com

Whether being the namesake of chart-topping hip-hop songs, having NFL athletes wear his image and quotes on their gameday cleats, or his consistent presence on your social media timeline due to his viral and larger-than-life posts; Ric Flair has leveraged his 1980’s over the top antics to not only remain iconic but to make money on the way. That is a skill any entrepreneur would be thrilled to add to their arsenal – here are some lessons for entrepreneurs and small business owners from Flair’s pop culture renaissance:

Wrestling is all about who ends up with the most points, Flair is always keeping score and trying to win. Entrepreneurs often fail, but the best learn from failure and pivot in the right direction. Flair’s career has taken many turns, ups and down, but he seems to land right on his feet each time. Following Flair’s 1975 plane crash, he worked hard to recover from spine injuries and opted to abandon his rough, physical style for a more cerebral, submission-based type of wrestling. While most would quit after such an accident, Flair stayed resilient and recovered by taking on a new technique. Entrepreneurs should be willing to do the same when faced with career roadblocks.

A Comprehensive Analysis of the New Domain Authority 0

Failure and Authenticity: Why Millennials Succeed At Marketing 0

The Science Behind the Sales Funnel 0

If you were hiring a head of growth, what questions would you ask in the interview? 0