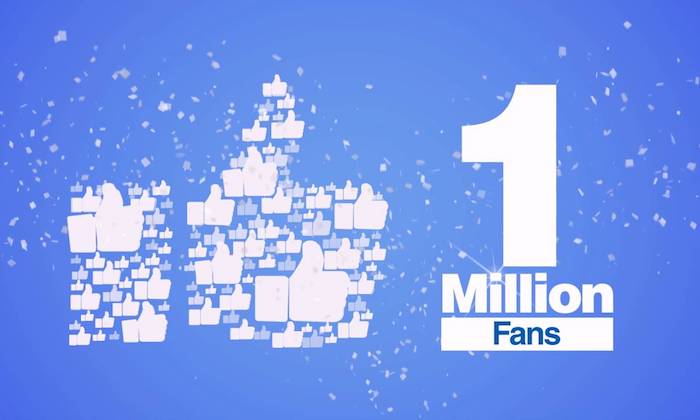 Social media marketing on Facebook is one of the most undervalued marketing platforms of 2017. And that’s why today, I’m going to show you what makes Facebook such a powerful tool for targeting on social media. Welcome to the ‘other’ Facebook The State of Facebook Today Brand Loyalty and Targeting Step 1: Create Goals for your Facebook Business Page Step 2: Create a Consistent Posting Schedule Step 3: Figure out the Right Content Strategy Step 4: Become an Engaged Member of Facebook Communities Welcome to the ‘other’ Facebook That’s right. Of course, it’s not exactly easy to become an online authority when 30 million businesses are trying to market to consumers on this platform. The secret to reaching people on Facebook is understanding what the social media experience looks like in 2017. Businesses aren’t just marketing on Facebook because that’s where the attention is. Step 1: Create Goals for your Facebook Business Page This is massive. No matter what kind of business you’re running, there’s one rule that’s non-negotiable when it comes to social media marketing: Content is king. If you’ve only created blog posts, start taking pictures and making short videos. The more active and involved you become in the group, the more likely you are to be seen as an authority on the matter.

We’ve seen marketers say the same thing about SEO over and over again.

In the face of newer platforms, some people jumped to the conclusion that platforms like Facebook are on their way out.

But SEO is far from dead. And one look at the number of active monthly users on Facebook shows that they’re not going anywhere anytime soon.

Since Facebook is here to stay, you might as well learn how to make the most out of that giant active user base.

In fact, I’m going to let you in on a little secret.

Social media marketing on Facebook is one of the most undervalued marketing platforms of 2017.

To be fair, there’s nothing wrong with experimenting with brand new social media platforms.

But when an online advertising platform can get you in front of 4,000 people for every $1 spent, you’d better be using it.

The truth about business is that no matter how great your products are, you won’t be able to sell anything if no one knows you exist.

Your business relies on marketing to guide consumers to your products.

And that’s why today, I’m going to show you what makes Facebook such a powerful tool for targeting on social media.

If you’re new to the world of social media marketing, don’t worry. I’m going to show you the step-by-step process to building and managing a Facebook Business page that will convert.

I’m going to start with the basics at first, but feel free to skip ahead to the section that’s giving you trouble.

The first Facebook is the one that the average person uses. For most people, Facebook is a place where you can share funny cat videos and keep track of old friends from high school.

But the second version of Facebook works a little differently.

The version of Facebook that marketers and business owners use is all about becoming an online authority.

Of course, it’s not exactly easy to become an online authority when 30 million businesses are trying to market to consumers on this platform.

So, how the heck do you cut through all that noise?!

The secret to reaching people on Facebook is understanding what the social media experience looks like in 2017.

Before we start looking at the state of Facebook today, we need to look to the past.

Businesses were already advertising online, but most marketing strategies just focused on email newsletters and banner ads at this point.

Year after year, Facebook tweaked their site and slowly became the social media powerhouse we know and love today.

So, what’s changed since those Myspace days?

Plenty. But the biggest change was the shift in the consumer mindset.

Think about it. Compare the average consumer from the early 2000s to the modern consumer of today.

Television and radio were the most effective advertising channels back then for the same reason social media is today — it’s where the attention was.

Keep in mind that those forms of media are more passive in nature. People consume random commercials, with little control over the process.

The average consumer may not have liked sitting through all those commercials, but what choice did they have? It’s not like they could watch Lost anywhere else.

Things have changed now. If you don’t like commercials, you record your show and skip them.

Want to hear all your favorite music with no commercials? I’ve heard there’s a streaming service that provides low-cost access to millions of songs, completely ad-free. What’s it called again? Oh yeah:

The modern consumer doesn’t want to hear catchy jingles anymore. And with the shift in consumer culture, they don’t have to.

But honestly, it’s bigger than that.

Imagine for a second that advertisements and commercials as we know them no longer existed.

How would you approach outreach then?

How would you get the word out about your business?

Instead, you can build a community, connect with consumers, and establish yourself as an online authority.

Thanks to the internet, the modern consumer lives in an interactive media world.

And how do you promote your business in an interactive world?

You start a dialogue between you and your audience.

Businesses aren’t just marketing on Facebook because that’s where the attention is.

Smart business owners use social media because they know that talking to consumers is better than talking at them.

In a world where interactivity is the name of the game, Facebook created an environment where businesses can actively engage with consumers.

Forget the megaphone — Facebook just gave me a direct line to my demographic.

Anyone can teach you how to get more Facebook followers. What I want to teach you is how you can build a cult following.

If you just wanted more followers, you could probably make that happen using some other site’s advice.

But this article is about ‘targeted’ followers for a reason. Having 5,000 mildly engaged followers isn’t the same as having 5,000 die-hard fanatics.

Just ask these people who waited in line for two weeks for the iPhone 6 release:

Ads can help, but if they’re the only…

Content Marketing for Small Business: Does it Really Work? 0

What the ‘80s teach us about modern video marketing 0