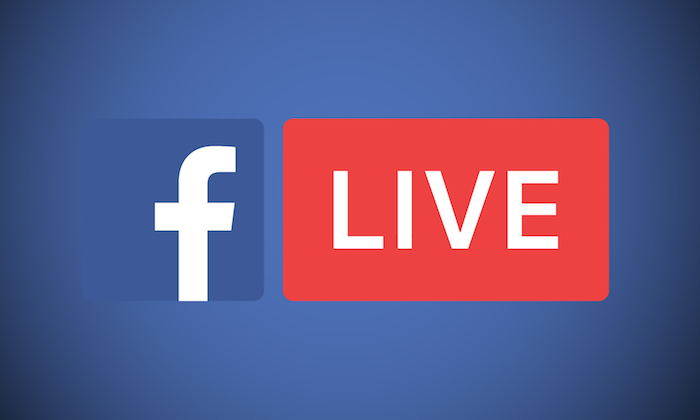 Source: Neil Patel Live video marketing is one of the hottest trends in the industry right now. Video marketing has been popular for a while now, b

Why You Should Use Videos To Boost Landing Page Conversions
A Minimalist’s Guide to Visual Content Marketing (Even If You’re Not a Designer)
Promote YouTube Videos on Facebook the Right Way!

Live video marketing is one of the hottest trends in the industry right now.

Video marketing has been popular for a while now, but recently there’s been a move to live streaming.

There’s something about the immediacy of live video that people just can’t get enough up. Being part of a live stream feels like you’re in an exclusive club.

Brands like NFL and Dunkin’ Donuts have used live streaming to bring fresh new content to their followers. It’s a trend for a reason. 80% of customers prefer live video to blog posts.

There’s only one problem: Live video is scary.

Knowing how to act in front of a camera isn’t something we’re born with. If you don’t do it often, it can be intimidating.

Not to mention all of the technical details. You have to make sure everything runs smoothly from start to finish.

I’ll admit it: I’m not that comfortable being on video.

Even though I use video, I’m not a superstar when I’m being filmed.

You’d probably guess that if you’ve seen any of my videos.

I hop on live videos in hotel lobbies, conference centers, and offices. And as many times as I’ve done it, I’ve never become a natural.

Because guess what. You don’t need to be an award-winning actor to make a great live stream happen!

I’m going to share with you all of my tips and tricks for live video, so even if you’re super camera shy, you’ll be able to rock it.

YouTubers usually hold these streams to chat with their viewers and build personal connections. They often happen on the fly and are informal.

While these impromptu streams are great for most YouTube channels, they’re horrible for brands.

When you’re doing a live event, you can’t afford to take chances. You don’t want any mistakes to happen.

In short, you want your viewers to have the most positive image of your brand.

That’s why you need to carefully plan your live video events.

This will actually make you more confident. If you have everything planned out, you won’t be flustered or scared.

To start off, you can study what other brands are doing.

And while you’re at it, you need to decide what type of live video event you’ll host.

Here are the most popular types of live video along with brands who are doing it right.

Let’s look at this YouTube stream from the World Surf League:

If you take a brief look through the stream, you’ll see (and hear) things you can use for yourself.

There’s a banner in the top right corner to remind viewers of the brand:

Both of these elements help viewers stay updated with the stream.

This particular stream has 3.8 million views.

Like the live World Surf League stream, Tastemade’s video has the hallmarks of a great live event.

First, the shot is stable throughout the stream, always showing the miniature kitchen setup:

I’m not saying you have to keep your camera in one place the whole time.

I’m saying that jarring camera movements are a no-no.

The host also speaks when nothing is happening in the kitchen. This eliminates any long awkward silences that may make your viewers leave.

Those are the basic elements of a live stream.

Live streams can also be informal. In fact, informal streams work wonders at building connections with your audience.

One idea is to use live video as a form of customer support. This lets you interact directly with your customers and talk to them personally.

These live events can come in all shapes and sizes.

These streams are saved and can be played back on Experian’s site:

If you miss out on a session, you can watch it later. It’s a common trend that many brands are making use of.

Live video is perfect for interviews or features with influencers in your niche.

Live streams are also great for interviews because viewers can ask questions in real time.

It provides a unique form of interaction that you just can’t get anywhere else, and viewers will be able to get in on the action.

Lots of brands are using live streams to announce new products, and this captures viewers like crazy.

Who wouldn’t want to see breaking news about a new product the moment it’s being announced? It helps customers stay in the know.

Sony recently streamed a press conference where they announced their new camera:

And Nissan used live streaming to announce their 2016 Maxima.

Keynotes, updates, and other kinds of presentations are all excellent candidates for live events.

In case you can’t tell, I love webinars.

Webinars are humongous in the B2B world. You’re probably already doing them. (If you’re not, you should probably start.)

Webinars are usually a mix of being on camera and displaying a slideshow.

Webinars can convert like crazy, and they’re perfect if you’re in a B2B niche (or some B2C niches like technology).

So whether you’re going to do a typical live stream or a webinar, you need to analyze what others are doing.

Write down what you thought worked well and…

5 Data-Driven Ways to Improve Your Content Marketing, According to Priceonomics 0

5 Social Media Trends That Will Dominate 2017 0