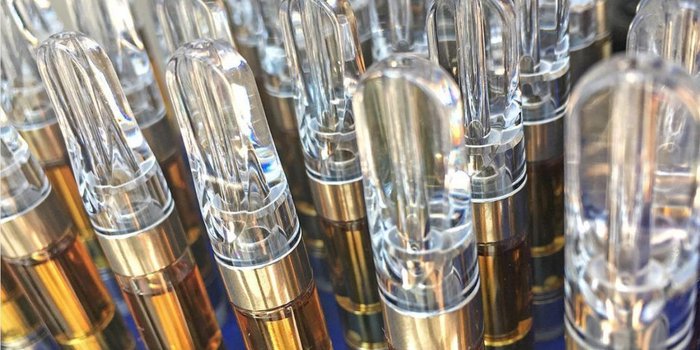 The number-one factor that determined Cura Cannabis Solutions’ success was passion, President and Co-Founder Cameron Forni assures. The entrepreneurs were able to pay off the full credit card debt in less than three months. “That’s a good piece of advice: start with your own money and your own credit card,” one of the members of Cura’s original team remembers. “At the time, the market in Oregon was only medical, so you had to have every product tested, but labeling and other things were not as strict and as stringent as they are today. So, you could start a business with a medical card and a business license at the time.” Perseverance took Forni’s venture (called Select Stains at the time) to a point where a highly educated guy with an M.S. Proving my product was much more important than coming up with a business plan and a list of things that differentiated my product to show investors,” Forni says. “Being able to show a purchase order from a big customer will make things a lot easier too.” Cura’s exponential growth But, how did Cura Cannabis Solutions grow from a living room company into a multi-million-dollar business? If you want a retail store in Oregon, and you want a gummy company in Nevada, and you want a grow operation in California, I ask: who are you? That is why I’m tying all this together: your mission has to be clear, the people that you hire have to believe in that mission, and then, you should only grow, especially in a regulated industry like cannabis, at a speed that’s appropriate.” Having hit a 50 percent market share for vape cartridges in Oregon, Forni and his partner decided the time had come to ramp up hiring and evaluate what getting into the California market would look like. Within seven months, Cura has become the third largest cannabis company in California, so the partners decided to take that model and replicate it in Nevada.

The following is an extended excerpt of Javier Hasse’s book Start Your Own Cannabis Business. Buy it now from Amazon | Barnes & Noble | IndieBound

Cura Cannabis Solutions is one of the biggest cannabis brands in America. The company only manufactures cannabis oils and has managed to amass a 20 percent market share in Oregon, doubling its size every month between April and December of 2016–ending the year with 20 times the revenue it had in April. Over the first three quarters of 2017, monthly sales quadrupled as well, hitting $40 million by the end of the year and earning the company a $400 million valuation. Furthermore, the company posted sales of $18 million for the first quarter of 2018 which, according to the firm, is the largest revenue quarter in the history of legal cannabis sales.

So, what determined the success of this company that, unlike most others in the industry, has chosen to remain horizontal and focused on oils instead of pursuing vertical integration or expanding its portfolio to include products beyond the concentrates category?

The number-one factor that determined Cura Cannabis Solutions’ success was passion, President and Co-Founder Cameron Forni assures. “Find your strengths and partner up with someone who fills your gaps. It’s very rare to see venture capitalists fund a single-founder company.”

“The founders’ stories multiply. They don’t just add up; they create a multiplying, exponential effect, which is very visible in an investor’s mind,” he adds.

“Attracting the right people to your team requires you getting out there and actually doing what you want to do with your business,” Forni comments. “Business plans are important, but in cannabis, a business plan changes often and is always evolving every single day. So, by actually getting out there and doing it, and proving sales and proving that there is a demand and a need for your product [or service] on a very, very small level can change the entire way your company is looked at–the entire perspective of investors.”

Cura’s story from the beginning

Everything started with Cameron Forni, a regular American with a B.S. in Business Administration, researching vaporization to help a friend and business partner who suffered from Barrett’s esophagus. This meant that, while he wanted to medicate with cannabis, he could not smoke it. “We bought every vaporizer we could get our hands on and studied how they worked,” he remembers.

At one point, they found out that some of the components in the existing vape cartridges were carcinogenic–or at least detrimental for people’s health–so they decided to research the options. “We finally came across a design that had no hazardous components. So,…

Loading...
Newer Post
It’s Time For Marketers To Lean In To Interactive Video
Older Post
Find Out Who’s Watching Your Videos So You Can Give Them More of What They Want