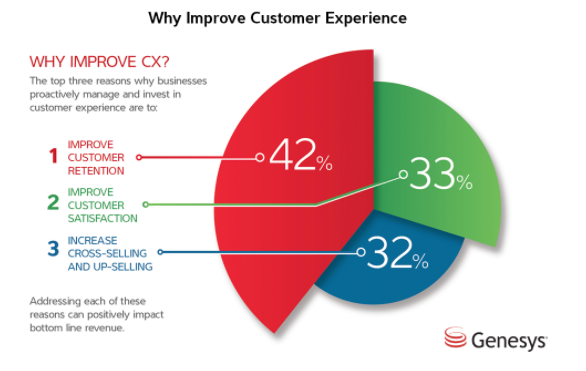 How to Segment Your Target Audience with Generational Marketing

It’s no secret that people from different generations have different values, mindsets, and behaviors. As a business, you’ve to use this concept to your advantage.

All too often I see companies that launch a broad stroke marketing campaign in an attempt to reach as many customers as possible.

While I commend the approach and thought process, it’s an ineffective strategy.

It’s much more effective to segment your marketing campaigns based on different generations. Don’t try to reach Millennials and Baby Boomers with the same advertisement.

Rather than speaking to both of these generations, you’re campaign will end up being a complete miss.

I created this guide to show you how you can use behavioral analysis improve your marketing campaigns. By segmenting your target audience, you’ll be able to enhance customer engagement and increase conversions.

I’ll explain the differences between:

Understanding how these different generations think and behave will ultimately help you improve the customer experience.

This is valuable information for every business because your customers fall into one of those generational categories.

Depending on the size and scale of your company, you may even have customers from several of these generations. While other businesses may be in a niche category and only be targeting one of these market segments.

Regardless of your situation, this analysis will help improve your business. Here’s what you need to know about each generation.

People who were born roughly between 1925 and 1942 are members of the Silent Generation. This generation is also known as the “Lucky Few.”

This group of individuals is patriotic. They grew up living and serving during World War II, the Korean War, and the Vietnam War.

As far as their racial makeup is concerned, 78% of the Silent Generation is white.

The majority of them did not pursue higher education. In fact, only 20% of women and 32% of men in the Silent Generation of a Bachelor’s degree.

They focused more on working and earning money, as opposed to going to school. That’s because their parents grew up during the Great Depression, so this group learned the value of a dollar.

While companies may overlook the Silent Generation because of their age, there are still over 28 million of them alive today.

So how can you reach them? You can still use digital marketing tactics to target the Silent Generation.

Nearly 60% of people over the age of 65 are active on the Internet, and almost 90% of them use email.

The majority of their digital consumption is done on a computer. Research shows that only 22% of senior citizens own a smartphone.

If you’re targeting the Silent Generation, you can also use more traditional marketing tactics like print media. They grew up reading newspapers, so they’re used to this.

Make sure that you create big advertisements with large font. You want to make sure that it’s easy for them to read. Don’t use colors that are too bright and difficult to see. Try to come up with a campaign that speaks directly to them.

For example, look back at some of the information that we previously discussed. You could use an American flag, or other patriotic symbols to get their attention.

Try using keywords like “how to save money” and put emphasis on the deal that you’re offering.

Television is one of the best ways to reach the Silent Generation. Studies show that this group watches more than 51 hours of TV per week.

While this number is staggeringly higher than other generations, it also suggests that they aren’t skipping over commercials.

Baby Boomers were born after World War II. While the dates of their birth aren’t exact, anyone who was born during the mid 1940s to early 1960s falls into this category.

This generation really wants to get a great value out of their purchasing decisions. So if you’re targeting Baby Boomers, you’ve got a great chance to upsell your existing customers.

But with that said, these upsells have a greater chance of success if they’re pitched in person or over the phone.

As Baby Boomers enter and approach their retirement years, they are more financially stable. So they may be willing to splurge a little bit more when it comes to their spending habits.

Baby Boomers are loyal to their favorite brands. This is especially true for specific industries, such as household goods, health, beauty, food, and beverage.

Although Baby Boomers are considered to be an older generation, it doesn’t mean that they don’t have an active Internet presence. Even though they prefer to speak to someone in person, they still spend time shopping online.

This generation is a great target audience because you’ve got so many options to reach them. They will still come to your physical store locations to…

Episode 63: Anatomy of a Personalized Video 0

Getting What You Want in Life 0

Boost Your Social Media Advertising Success with These 6 Pro Tips! 0

Don’t Be Overwhelmed by Facebook Advertising: 10 Tips to Use Any Time 0