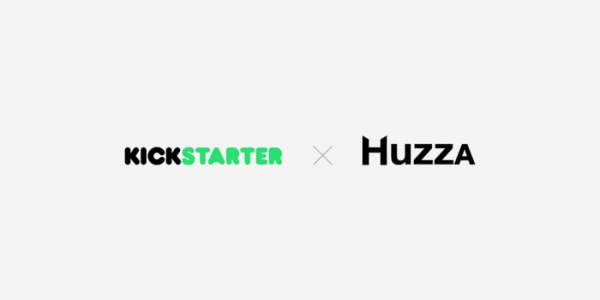 Pinterest Tests Search Ads: This Week in Social Media. Snapchat Rolls Out QR Snapcode for Websites: As part of a recent iOS update, Snapchat added the ability to convert web links into snapcodes that can be used to open web pages within the platform’s in-app browser. Topics include Huzza shutting down its service (2:20), Facebook community updates and changes to the news feed (13:43), and Pinterest search ads (28:40). However, Facebook notes a few differences in the functionality of lead ads on Facebook versus Instagram. Lead ads are also only available on the Instagram app, but not on Instagram’s desktop site. However, this feature appears to be a “limited test or the beginning of a phased rollout.” Facebook’s new “Discover People” section wants to help you make friends https://t.co/UrCGyNyKJy pic.twitter.com/m1wxVNKHf0 Facebook Tests Slideshow Photo Sharing Tool on Android: Facebook is testing its photo sharing tool Slideshow with “a small percentage” of Android users. While this capability is currently only available to advertisers as carousel ads, the latest beta release for Instagram for Android suggests that “this same feature is making its way to the app’s 600 million users.” Instagram hasn’t confirmed if or when this feature will be rolled out more widely. With this new online security function, Facebook allows users to use their profiles to set up encrypted recovery tokens for other websites. “Most reported declines in Snapchat Stories view counts ranging from 15 to 40 percent, and a reduction in how often they or those they monitor post to Snapchat Stories.” This report provides insights and data on how the social media content industry sees the impact of Instagram Stories on Snapchat. 2017 Video in Business Benchmark Report: A recent study from Vidyard analyzed nearly 250,000 videos posted by 500 B2B companies to its platform over 2016 to determine how businesses are consuming video.

Pinterest Introduces Search Ads: Pinterest rolled out search ads with “a full suite of features, including Keyword and Shopping Campaigns that are shown in search results… [and] powerful new targeting and reporting options.” Pinterest is currently working with digital marketing company Kenshoo to test the new search ads features with a handful of partners including Barilla, eBay, Garnier, Target, and more. Pinterest plans to add more businesses “over the coming months” and suggests that interested companies should contact Kenshoo or their Pinterest account manager to learn more.

Huzza Announces Shutdown: Huzza has been acquired by Kickstarter and announced that it will shut down its service at the end of February 2017. In the following week, Huzza will release a data export tool that will allow broadcasters to export all of their recordings, chat messages, Q&As, selfies, and subscriber details. The company will also refund all subscriptions for the month of February and cancel all other subscriptions thereafter. The existing Huzza functionality will be available until March 1, 2017. After this date, all data and embeds will no longer be accessible to users.

Snapchat Rolls Out QR Snapcode for Websites: As part of a recent iOS update, Snapchat added the ability to convert web links into snapcodes that can be used to open web pages within the platform’s in-app browser. Publishers and brands can create their unique QR snapcode by selecting a URL and an image from the target domain. The completed snapcode can be saved and shared or embedded wherever possible. In addition, Snapchat will provide in-app analytics such as tracking and open rates for snapcodes that have been scanned 100 times or more. Marketing Land reports that this feature is currently only available to iPhone users.

In this week’s show from Friday, February 3, 2017, Michael Stelzner and guests discuss the top news in social media. Topics include Huzza shutting down its service (2:20), Facebook community updates and changes to the news feed (13:43), and Pinterest search ads (28:40). Subscribe to future shows here.

Facebook Shares Q4 and Full-year 2016 Earnings and Community Updates: Facebook shared its Q4 and full-year 2016 revenues and provided an update on its “progress in building a global community.” Facebook announced that its community now boasts almost 1.9 billion people, including 1.2 billion people active every day. More than 65 million small businesses use Facebook to connect with their customers. Facebook also added that over 150 million people now use Instagram Stories every day.

On the earnings call with investors, Facebook founder Mark Zuckerberg emphasized the company’s commitment “to keep putting video first across [its] family of apps and making it easier for people to capture and share video in new ways.” The company will continue developing new “ways to grow the ecosystem of video content on Facebook” and beyond. The Next Web reports that Facebook is in the process of building an app for set-top boxes to deliver a variety of video content to your TV through devices like Apple TV.

Facebook Updates News Feed Algorithm to Show More Authentic and Timely Stories: Facebook rolled out two new updates to the algorithm that prioritize “more authentic and timely” content in the news feed. Facebook added new universal signals that will identify and determine whether a page post would be considered “genuine” rather than “misleading, sensational or spammy” and rank it higher in the news feed. Facebook is also giving a boost to topics or posts that are either getting “a lot of engagement from many people” or “might be temporarily more important to you” in the moment. Facebook notes that most pages won’t see “significant changes to their distribution in News Feed” and suggests that admins should “continue to post stories that are relevant to their audiences” as they normally would.

Facebook Extends Lead Ads to Instagram: A recent post on the Facebook Advertiser Help Center site states that marketers can now run lead ads across both Facebook and Instagram placements. The site recommends that advertisers use automatic placements and verify that the creative complies with Instagram’s design requirements for lead ads. However, Facebook notes a few differences in the functionality of lead ads on Facebook versus Instagram. For instance, Instagram only supports certain pre-filled fields for lead ads and users will need to open the ad and “click through a series of pages” to complete them. Lead ads are also only available on the Instagram app, but not on Instagram’s desktop site.

Snapchat Launches New Ad Tech Platform: Snapchat is launching an updated ad platform along with “a new lineup of ad tech partners” including Kenshoo, Kinetic Social, AdParlor, and others, and a new creative API for companies like Percolate, Celtra, Spredfast, and VidMob to help brands manage their video content. Snapchat also is launching a formal “audience match” program, which allows its partners to use advertisers’ data such as customer email lists to target users on the platform. Advertising Age notes that in the past, “Snapchat’s match was only available directly through the company,” whereas now advertisers can buy their own ads through Snapchat’s self-serve ad tool.

Facebook Rolls Out New Search Technology for Images: Facebook is applying new image understanding to improve the automatic alt text (AAT) for photos, which is a technology used to describe the contents of photos for people who are visually impaired. According to the Facebook Code site, the image captions previously only described objects in the photo. With the updated search technology, Facebook added a new set of 12 actions and “image descriptions will now include things like ‘people walking,’ ‘people dancing,’ ‘people riding horses,’ ‘people playing instruments,’ and more.” Facebook can now leverage this new image understanding technology “to sort through…

Listen Up: How Companies Can Tune In with Customer Surveys 0

The Most Important Question to Ask Before Launching a Podcast 0