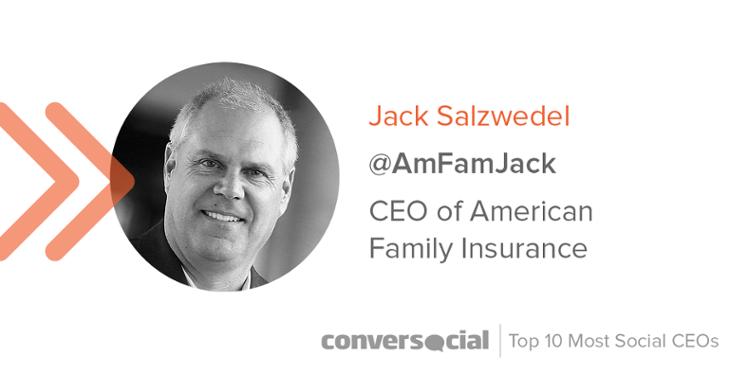 The 10 Most Social Media Minded CEOs

The 10 Most Social Media Minded CEOs. In a world where it appears that everyone is on social media, 61% of Fortune 500 CEOs are not, claims CEO.com. Here are the CEOs who don’t think so. He’s replied to customer queries eight times more and posted nearly 100 times more than his colleagues. And with 9.6 million Twitter followers, from Barack Obama to Bill Gates, he holds a truly vast network. Social media “is a listening tool,” Bertolini told Barrons. Similarly, viewers of his Twitter account which boasts more than 4 million followers will find posts in French, German, Turkish, and the languages of virtually every country that he tours. For Cook, social media shows global markets that he cares. Most notably, he doesn’t use his videos to sell audiences anything. These CEOs show that personal social media accounts can be a powerful force for good in customer service, brand building, and market-moving.

‘Lady Doritos’ Don’t Actually Exist, But the Outrage Against It Teaches Us an Important Lesson About Making Up Our Own Minds
Mark Zuckerberg Says There’s No Quick Fix for Facebook’s Issues
Why CEOs Need to Embrace Social Media (and How to Do it)

In a world where it appears that everyone is on social media, 61% of Fortune 500 CEOs are not, claims CEO.com. What gives?

Yet in this age where two billion people are connected through it and Americans spend nearly two hours on it each day, can the leaders of the world’s biggest brands afford to be disconnected?

Some fear that it’s a sinkhole for time with limited upside. Others see it as impinging upon their PR department or as an unnecessary risk, as Uber CEO Travis Kalanick’s social media response to customer concerns over the ban seemed to be this past month.

Here are the CEOs who don’t think so.

Jack Salzwedel proves that no industry is too stodgy to develop a personality: Twitter gives him a direct-to-consumer channel which he avidly uses to build trust and resolve customer issues. A study by Domo pegged him as the world’s most engaged CEO on Twitter. He’s replied to customer queries eight times more and posted nearly 100 times more than his colleagues. When asked, he replied to Domo in a tweet: “My belief is social media is no longer something to consider. It is something C-level execs must engage in.”

Richard Branson teaches us that a CEO with a finger on the “Tweet” button is worth a thousand press releases. He’s the marketing and PR maven whose stunts like an attempted transatlantic hot air balloon crossing to celebrate Virgin Atlantic’s opening have earned him global headlines. He now utilizes social media to achieve the same effect, only for much cheaper.

“Even if you have all the money in the world to spend, the best way to get eyes on your business and get eyes on your product is to establish a social media presence,” he said, when interviewed on the Virgin Group Blog. And with 9.6 million Twitter followers, from Barack Obama to Bill Gates, he holds a truly vast network.

Is any list of socially connected CEOs complete without Bill Gates? He’s the ultimate champion of social causes on, well, social. With a hefty Twitter following of 33 million, he uses social media to educate a much larger audience of consumers than his non-profit’s website can reach, with only 330,000 visits per month, according to SimilarWeb. His tweets give him a global podium to promote awareness about diseases, highlight international poverty, and to give public recognition to his employees.

Few CEOs are more accessible than John Legere. He’s legendary for responding on Twitter to consumer comments within…

Working on Your Content Marketing Plan? 9 Components to Consider 0